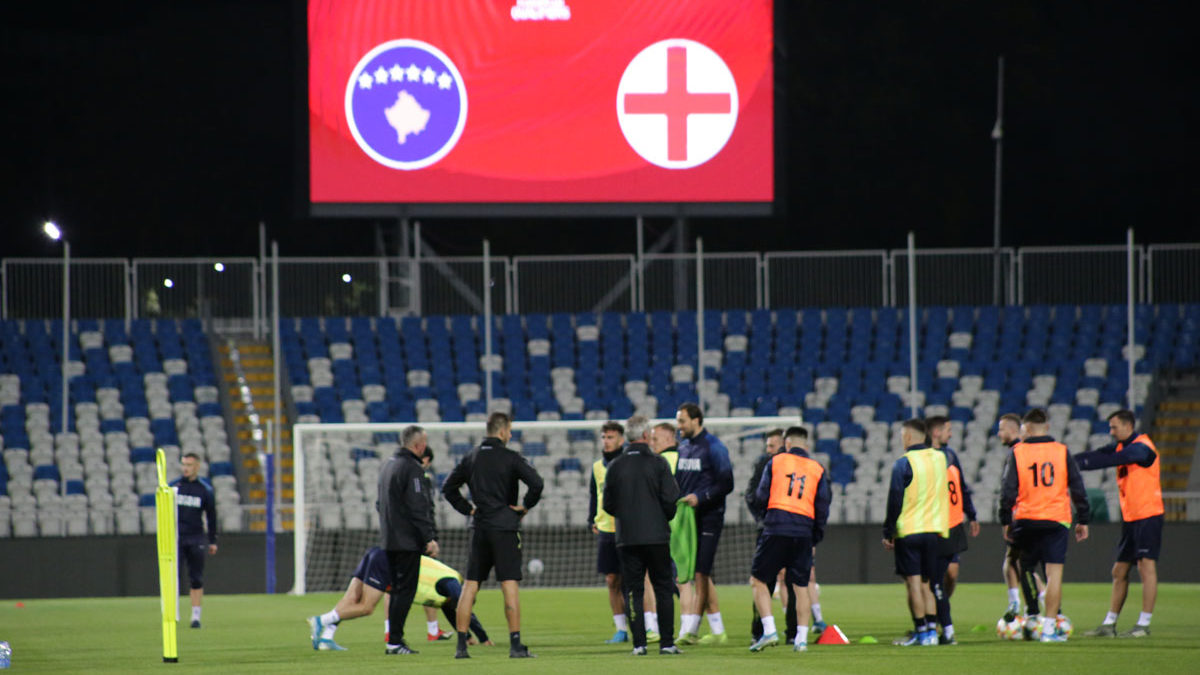 16 November 2019 – The Kosovo’s National Team completed today its last training session before the tomorrow’s match with the England’s National Team at “Fadil Vokrri” Stadium that starts at 6p.m. Although the disappointment of our Dardanian boys was great after losing in Plzen against the Czech Republic (2: 1) where it was not possible to qualify directly to Euro 2020, all attention is now on the duel with the “Three Lions” to conclude as well as possible this qualifying cycle. Challandes worked hard on the tactical aspect, while he motivated the players to play without pressure and display their best game, given that we will have one of the strongest National Teams in the world. Herolind Shala, who attended the training from the jetty, did not train at this session, while Hekuran Kryeziu was present to support teammates before this difficult challenge. Today’s Kosovo exercise was also attended by the FFK leaders as well as former British Ambassador Ruairi O’Connell along with his son.

Meanwhile, before the training, the Head Coach, Bernard Challandes and Captain Amir Rrahmani held a media conference who emphasized the importance of this match as a motivational match for the March semi-final match in the Nations League through which, Kosovo aims to qualify for Euro 2020. 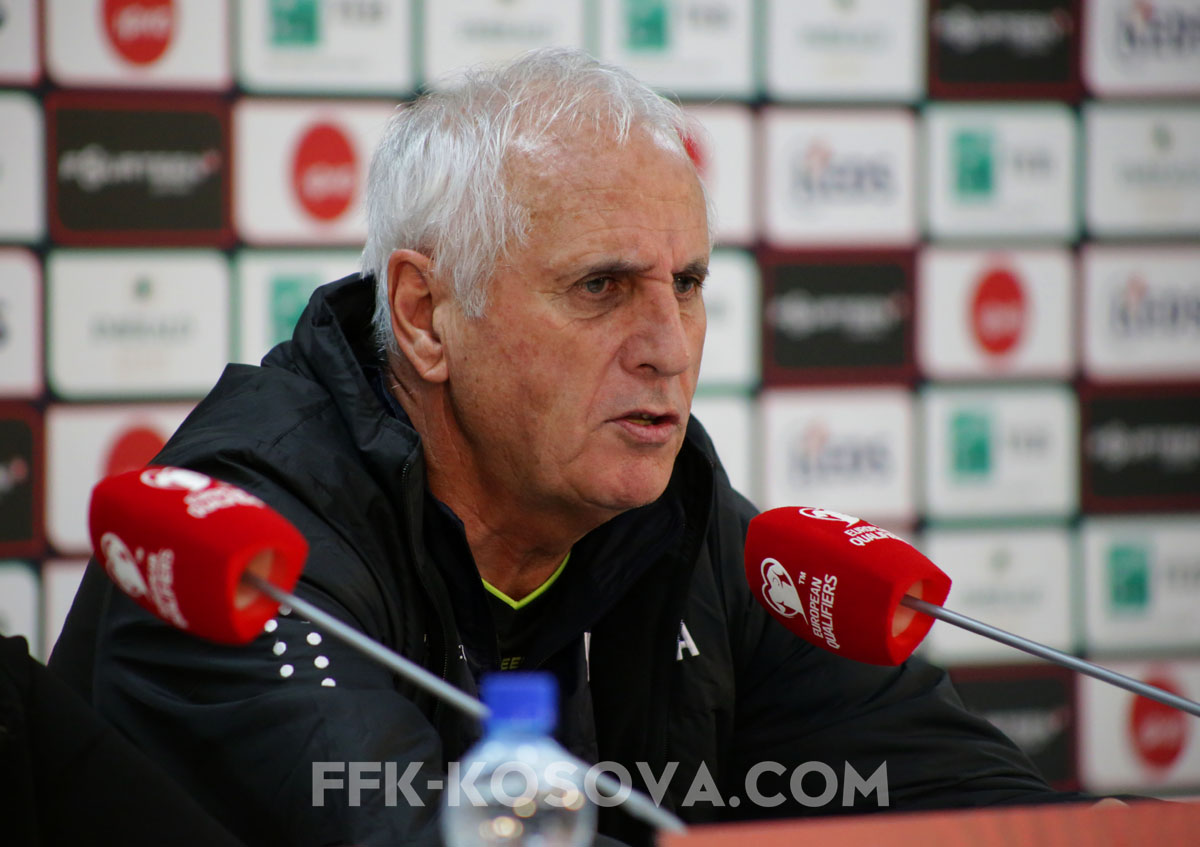 “For me it is a very important match, because it closes the qualifying cycle and is important before the game with Macedonia. Before the qualifiers, if you remember, I told you that these matches will serve us to make experience and progress. This match is a great opportunity to make more experience. It will be a great match for us” Challandes said.

He said England have tremendous offensive potential and scores many goals. “It remains an incredible challenge for us. As a coach, I can enjoy this game. This is the 1001st match for England, and 29th for us. They have more experience than we do and they do not depend just on one player” Challandes added. 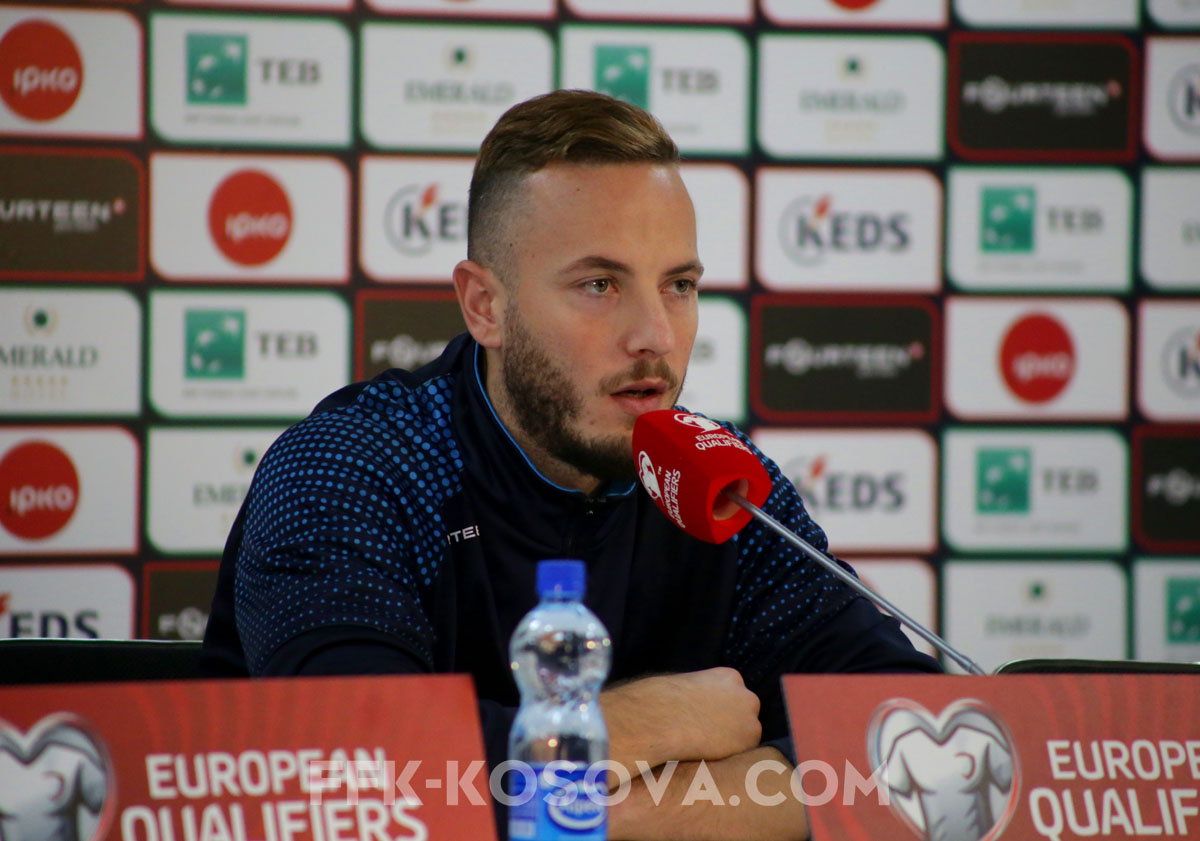 “Meanwhile, Kosovo’s National Team captain Amir Rrahmani said that the disappointment at losing in Plzen is huge and the match against England does not matter as it would if we had defeated the Czech Republic. However, he admitted that facing the English is special, as it is one of the best national teams on the planet. “In every match victory is important, we face a strong team. If we win, it would be overwhelming and a return from a great despair. We have proved even after losing to England, we have won at home. We have proven that we can win and return frantically. We will try to win, develop our game, not suffer goals or as little as possible and try to get a positive result” Rrahmani said. Asked by English journalists why in Kosovo, unlike other Balkan countries, they do not feel concerned about possible racist insults to English players, Rahmani answered: “People in Kosovo are very friendly, although there may be bad impressions for our country. We have very good relations with England, not only politically. There are no chances to have racist calls in our country. In our country, the players and clubs of England are very popular. 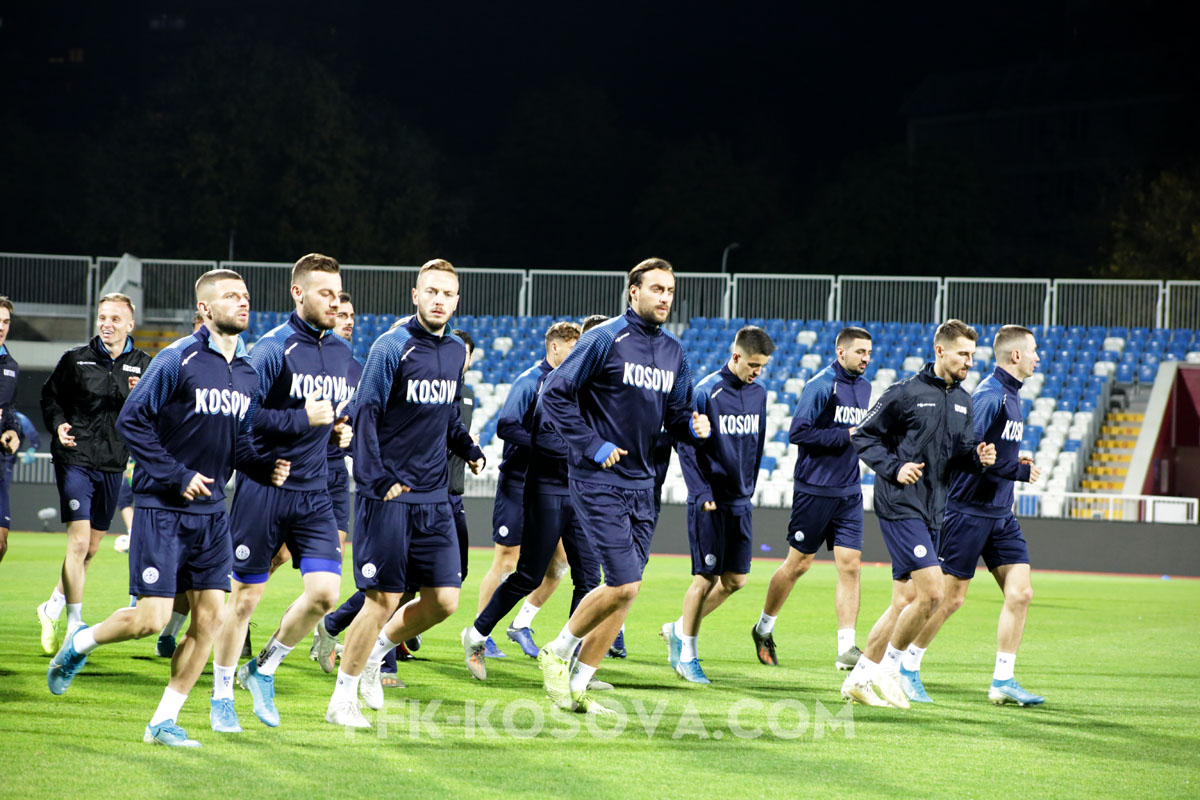 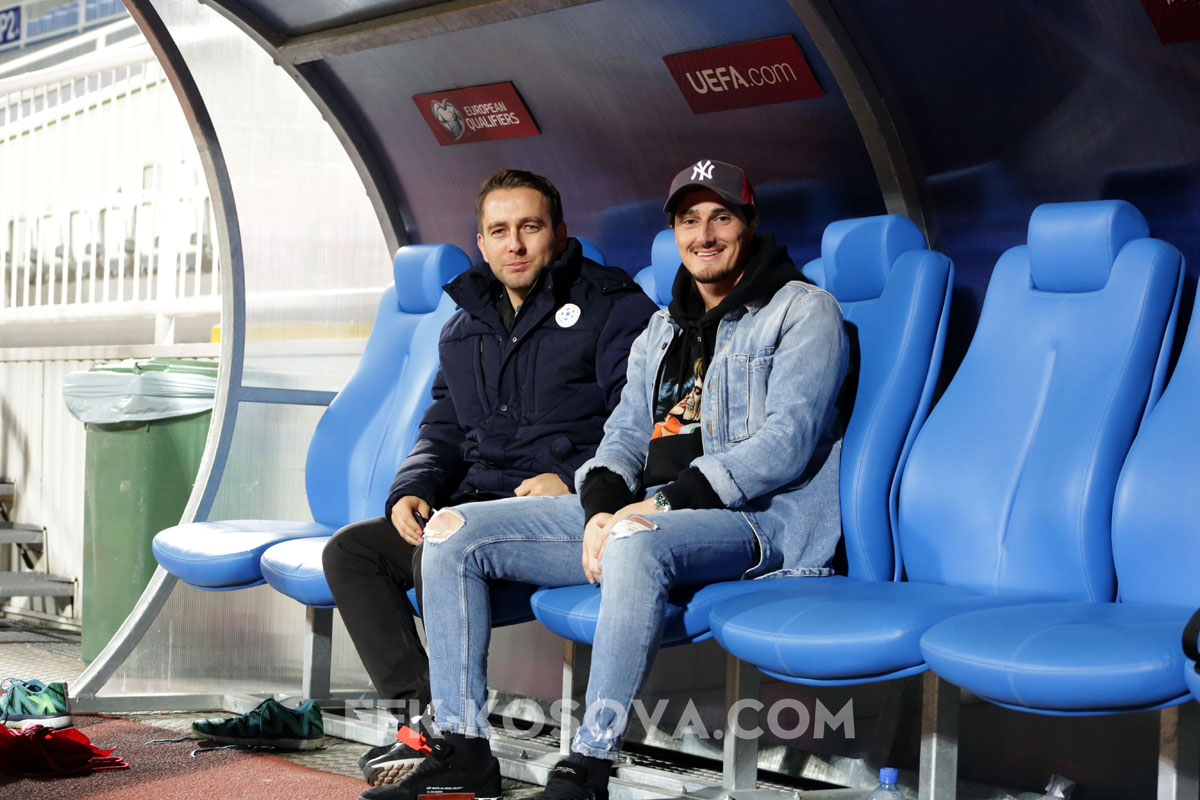 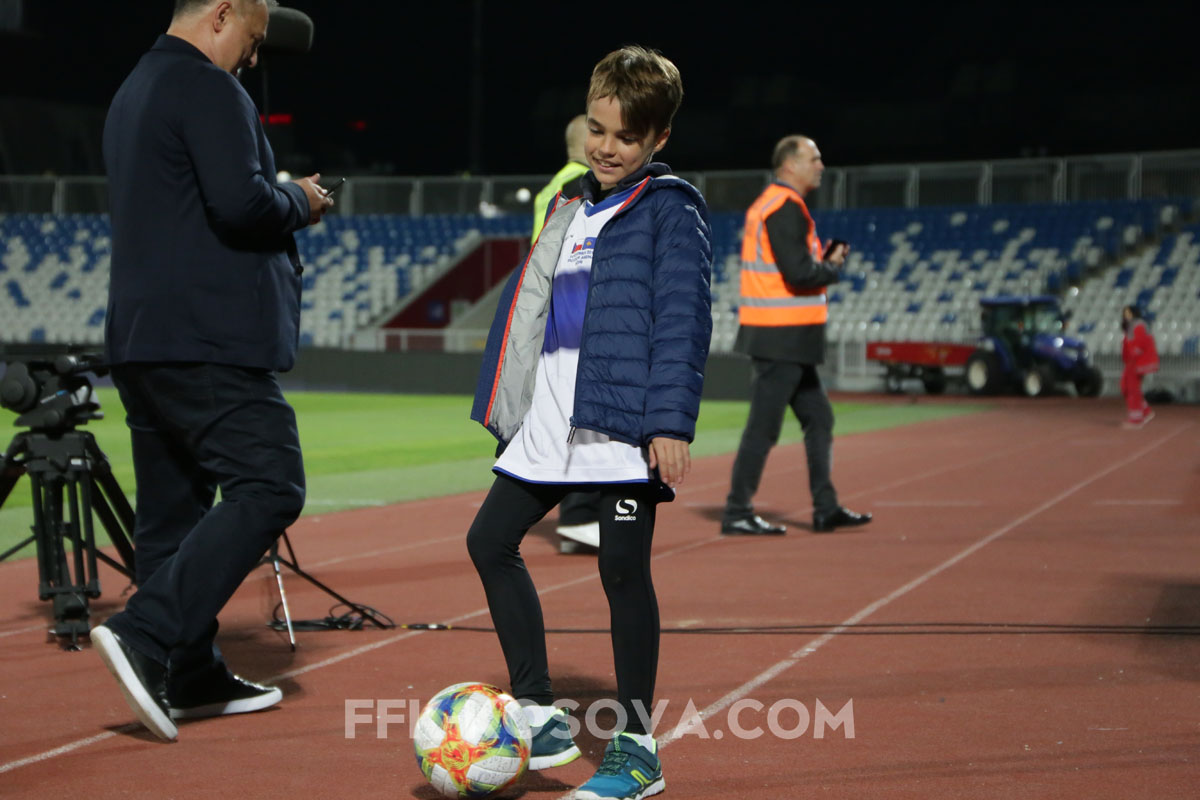