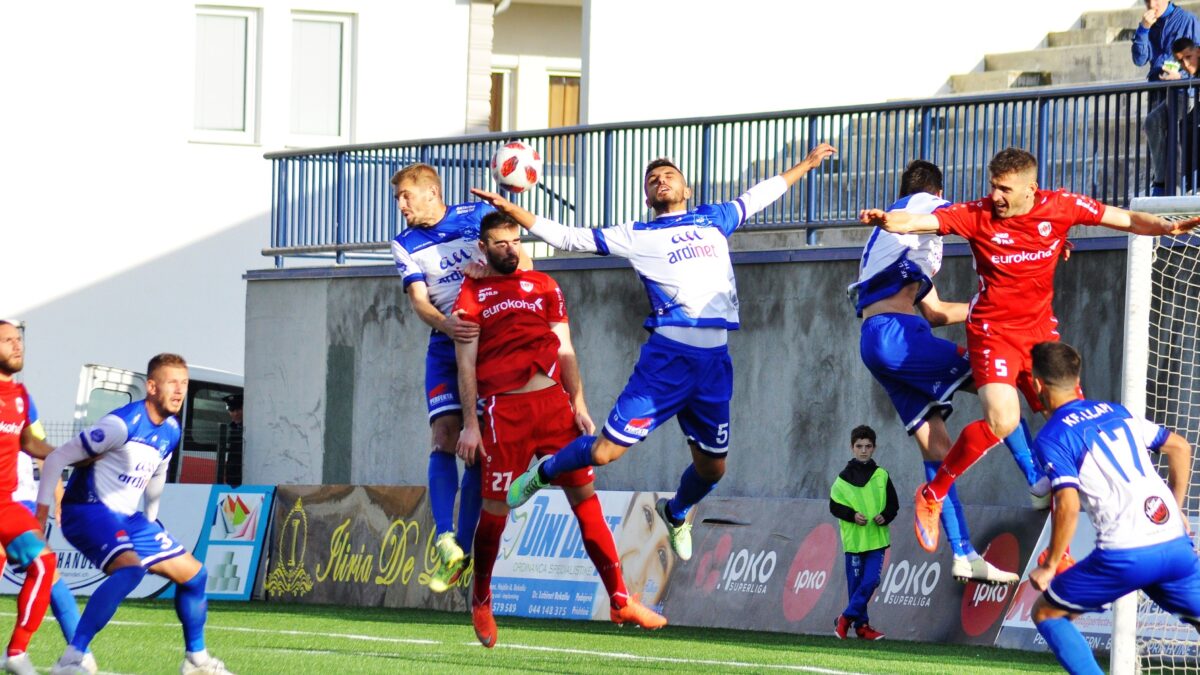 25 June 2020 – Matches of the 26th week in the IPKO Super League of Kosovo in football were played during this week. The leading team, Drita achieved the subsequent win, this time defeating Vushtrri at the “Ferki Aliu” stadium in Vushtrri with 4: 0 with the goals scored by Xhevdet Shabani (1 ‘), Betim Haxhimusa (22’), Astrit Fazliu (80 ‘ ) and Kastriot Rexha (82 ‘). Gjilan also collected three full points in the trip, beating the last team in the standings, Dukagjini, with 3: 1, with the goals scored by Keita Razak (2 ‘), Arbër Shala (own goal, 6′) and Fiton Hajdari (67′), while the only goal for Dukagjini was scored by Abu Kamara (9’). Unlike the two teams from Gjilan, the other two contenders for the title of champion, Prishtina and Ballkan disappointed. Prishtina drew at the “Zahir Pajaziti” stadium in Podujeva, in the duel with Llapi with 1: 1. Prishtina took the lead with Ahmet Januzi’s goal in the 25th minute, but Llapjans equalized in the 52nd minute with a super goal scored by Mentor Zhdrella from a free kick. Meanwhile, Ballkan equalized as a guest against Ferizaj, also with 1: 1. The guests took the lead in the 18th minute with the goal scored by Arbër Prekazi. However, Ferizaj equalized the score with the goal scored by Albin Krasniqi in the 79th minute. A very interesting match took place at the “Riza Lushta” stadium in Mitrovica between two teams that are fighting for the remnants of the elite, Trepça’89 and Flamurtari, which ended in a 1: 1 draw. The red-and-blacks of the capital were very close to collecting three points, because from the 33rd minute they were in the lead with the goal scored by Bashkim Shala. However, Trepça’89 was saved by Muharrem Jashari from the loss with the goal scored in the extra minutes of the match. Meanwhile, the match between Feronikeli and Drenica that took place at the “Rexhep Rexhepi” stadium in Drenas was closed without a winner and without goals.