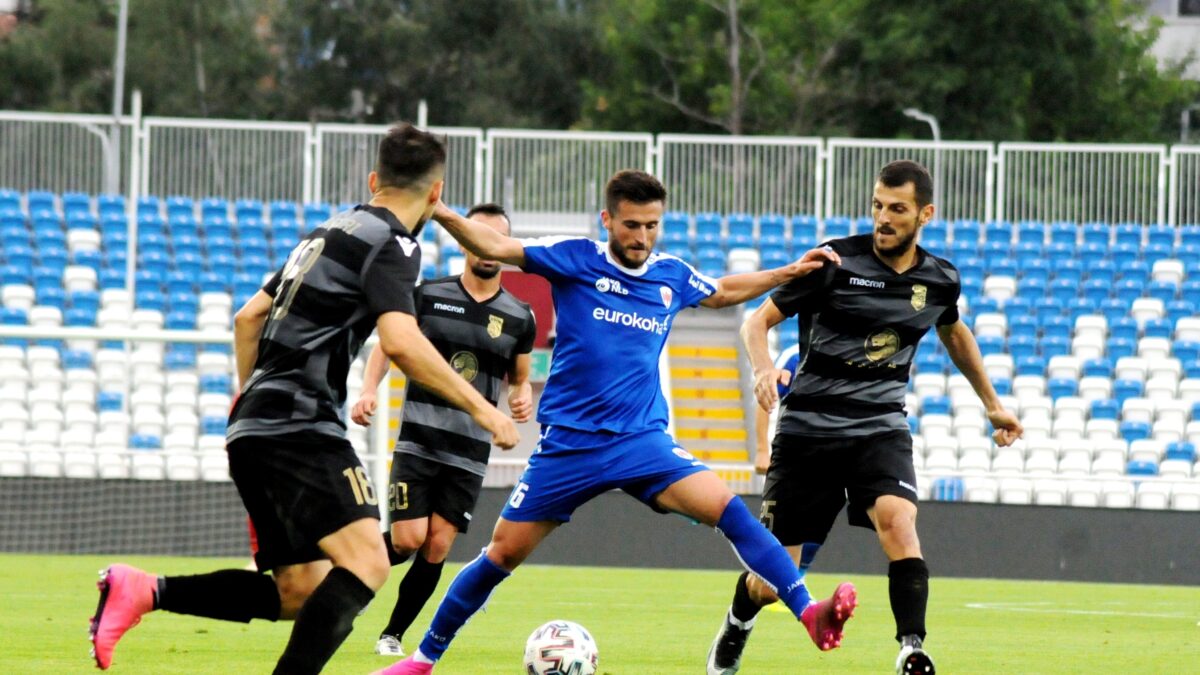 ffk, 2 months ago 1 min read 112
12 July 2020 – Two first matches of 30th week of IPKO Super League of Kosovo in football were played today. The match between the two teams claiming for the title, Prishtina and Drita, which was played at “Fadil Vokrri” stadium ended without a winner with 1:1. The match between the two teams claims for the title, Prishtina and Drita, which was secured in the stadium “Fadil Vokrri” ended without a winner with 1: 1. Both teams played a strong game with many chances to score, but the epilogue was equal. The hosts took the lead first with the goal scored by Endrit Krasniqi, in the 6th minute. Prishtina maintained this lead until the 80th minute, when Astrit Fazliu scored from close range after a cross from the corner. Thus, Drita collected one point in the capital, bringing it even closer to the objective. In the other match, Gjilan won against Drenica, with two goals scored by Keita Razak, in the 22nd and 34th minutes. With this win, Gjilan hopes for the first two positions sending it to Europe, whereas it will face exactly the leader of the ranking, Drita next week.
Activities, Main News