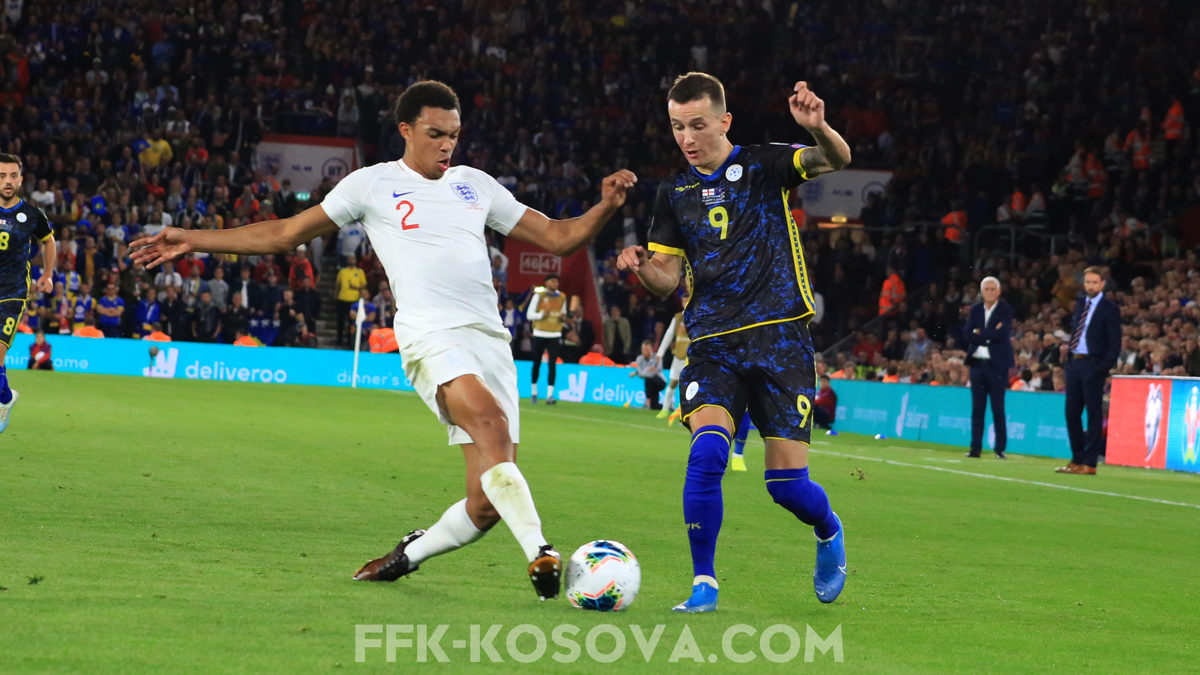 10 September 2019 – The Kosovo national team suffered a 5: 3 loss to world giants, England, but impressed with the performance especially in the second half. Over 30,000 fans present at the st. Mary’s stadium, many of whom were Albanians, witnessed a beautiful football game that was eventually won by those who were favorites. Thus, England stopped the Dardanians’ excellent series of 15-match losing streak. It was Kosovo that scored three goals against the “Three Lions” something they had not experienced since 2007 against Croatia. The Dardanians started the game brilliantly and after 50 seconds, assisted by Vedat Muriqi, Valon Berisha scores. However, our joy did not last long, as Raheem Sterling equalized in the 8th minute. Meanwhile, Harry Kane in the 19th minute overthrew the score, then in the 38th minute Mergim Vojvoda scored own goal. The English pressure continued in the final minutes of the first half and Jadon Sancho scored two goals in the 44th and 45th minutes. However, our players did not give up and started the second half frantically, where again was Valon Berisha who found the goal, this time in the 49th minute. The Dardanians’ hopes of doing something more were increased by Vedat Muriqi’s penalty in the 55th minute. The good game of ours and confidence in them increased especially after Aro Muric’s deflected penalty in the 65th minute shot by Harry Kane. No goals were scored to the end and so the English rejoiced in their next victory, while the Dardanians were left to concentrate on the next challenge. Kosovo now drops to third place with 8 points as the Czech Republic won against Montenegro. 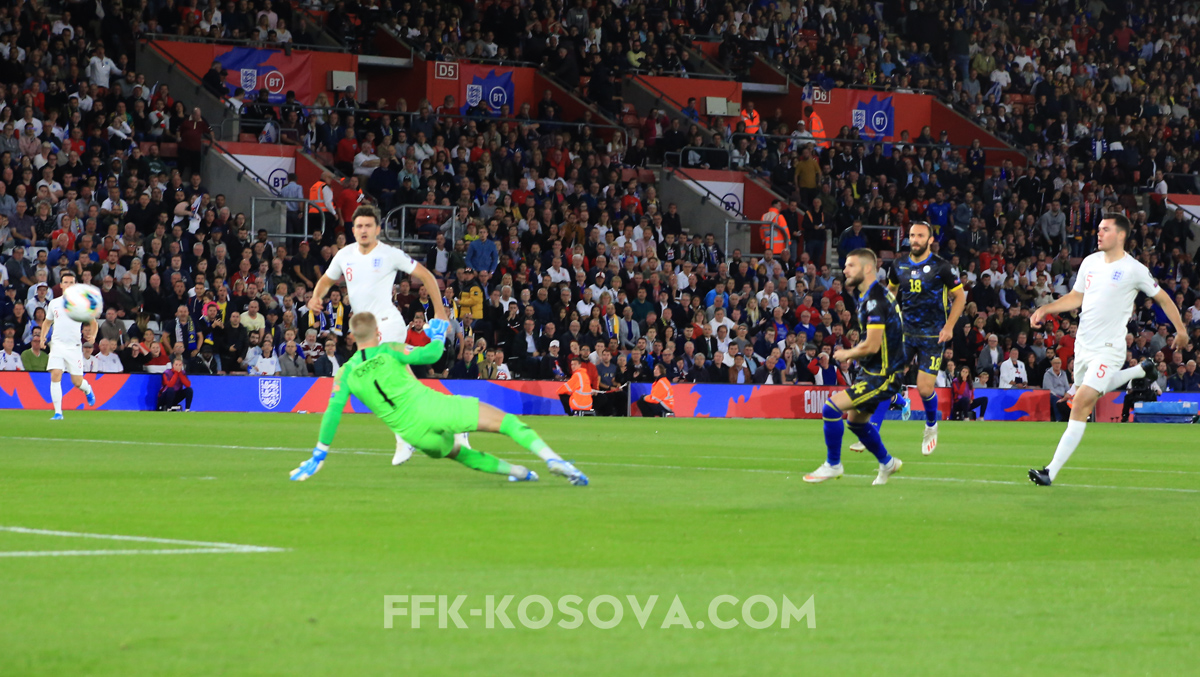 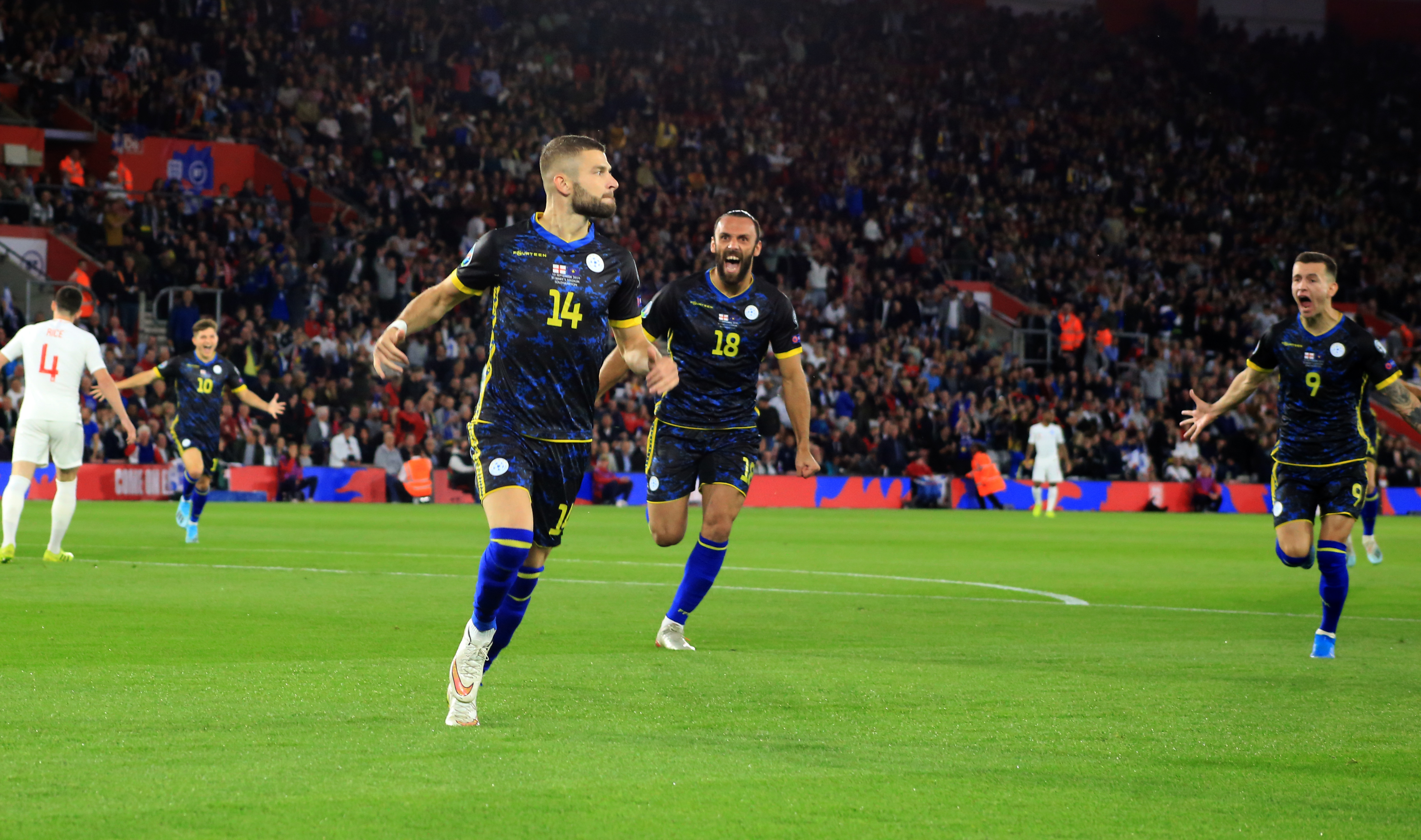 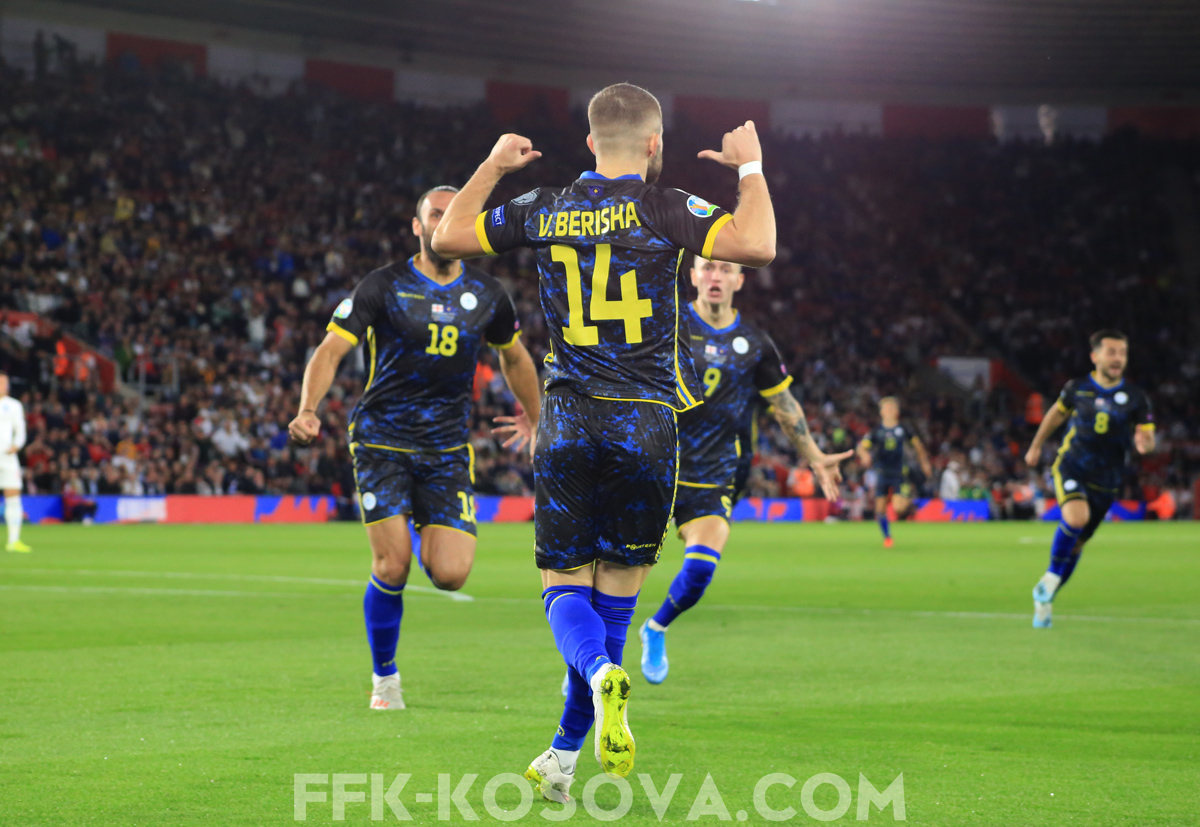 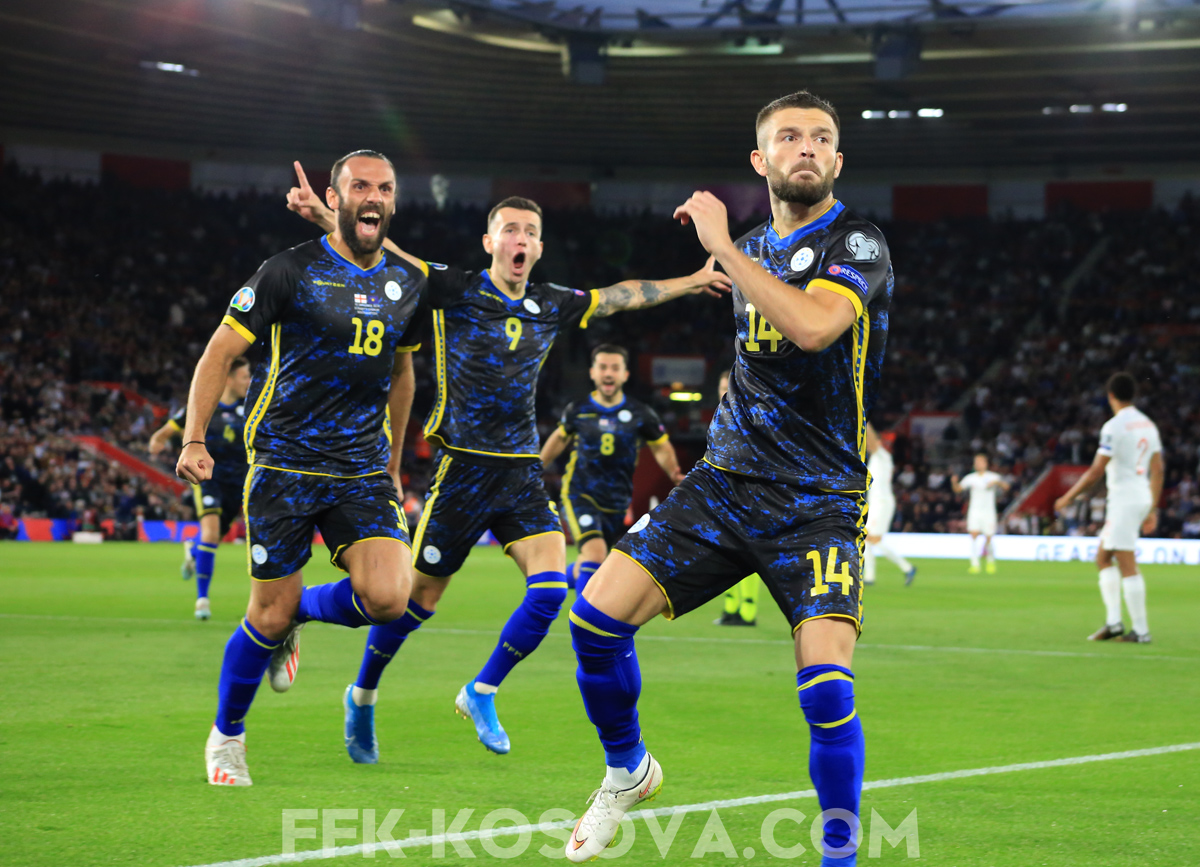 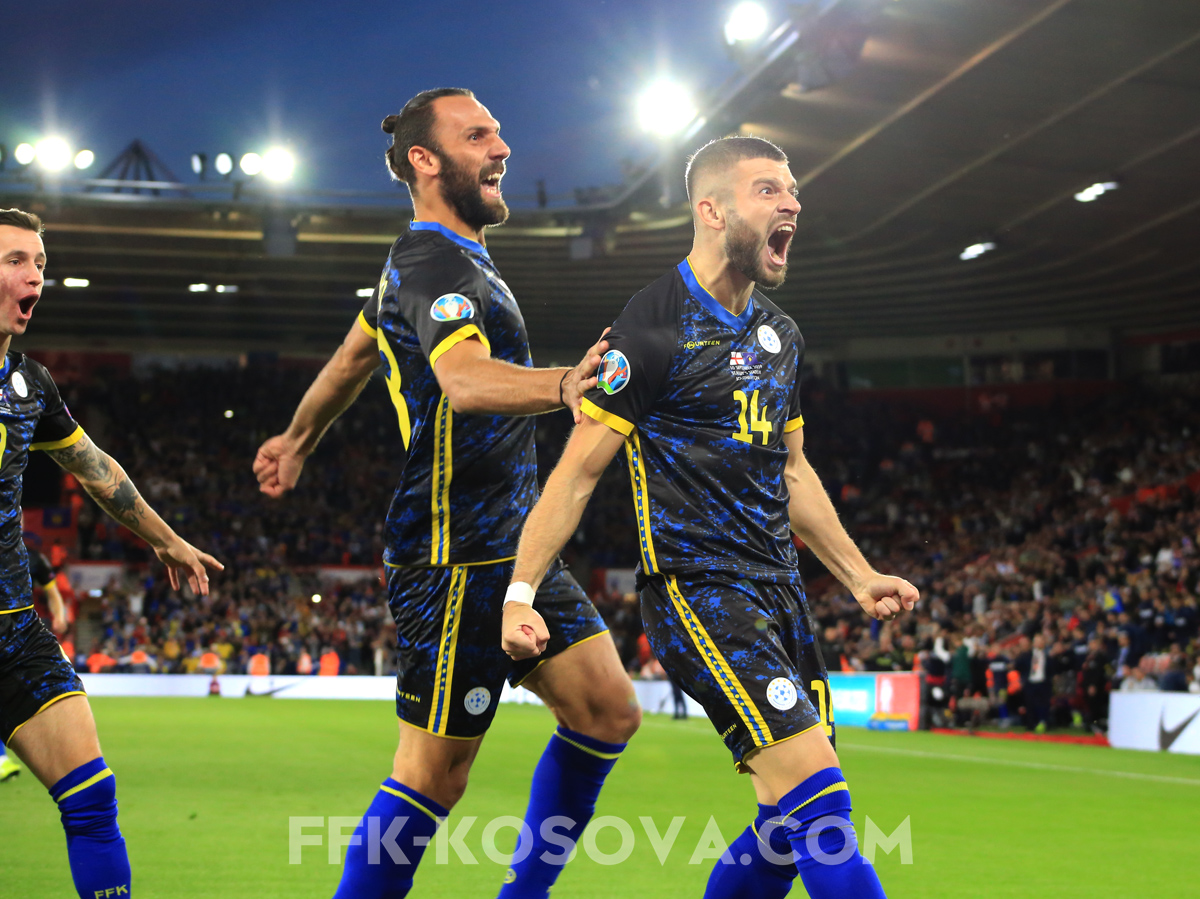 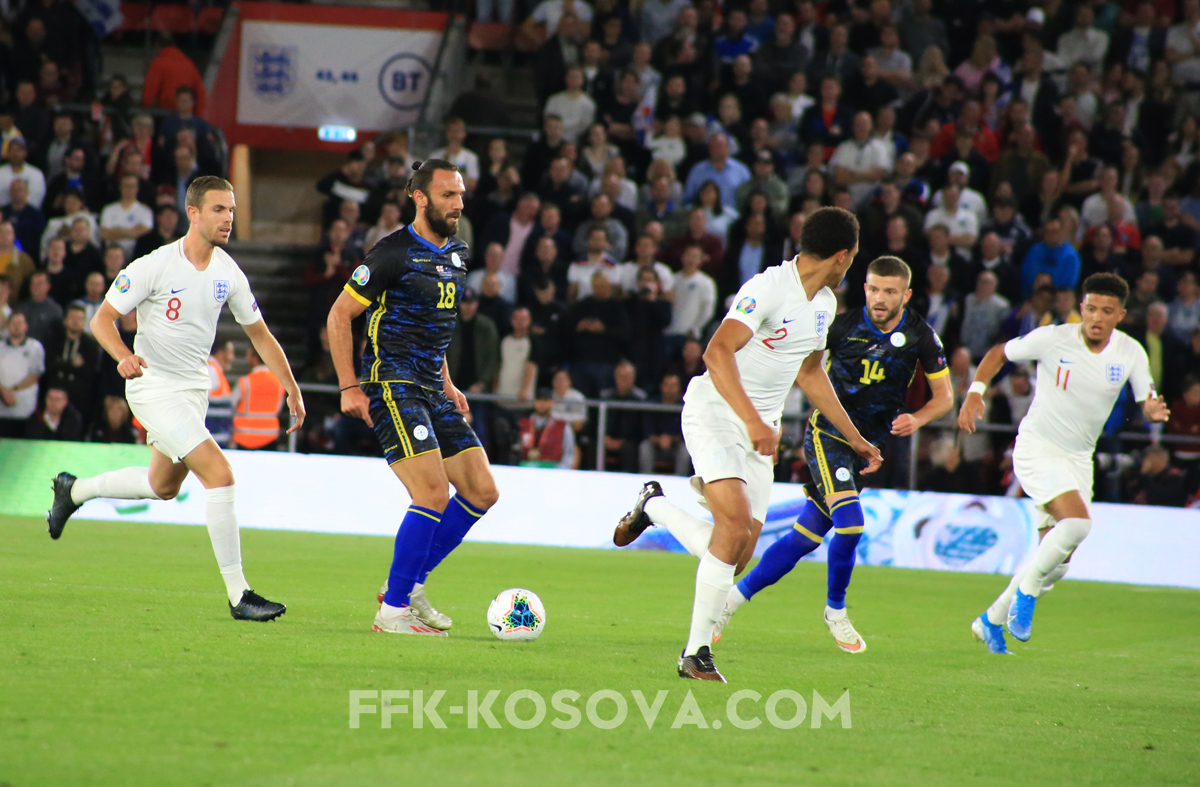 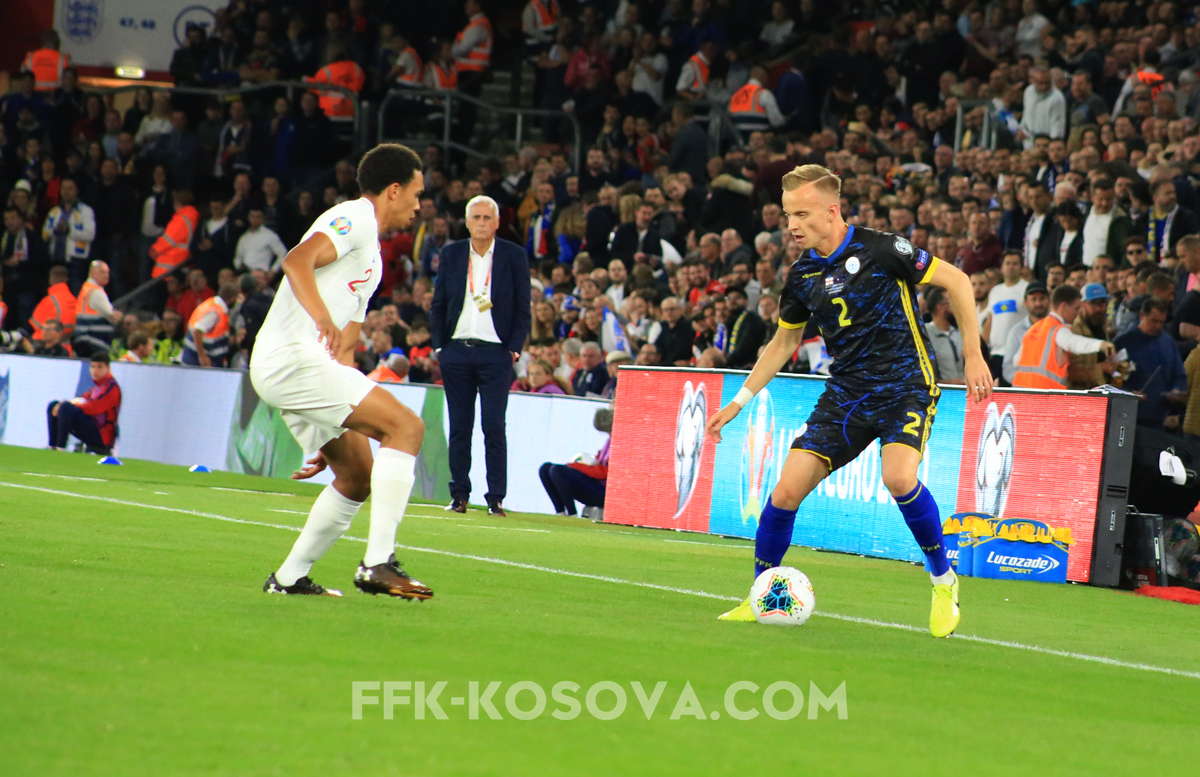 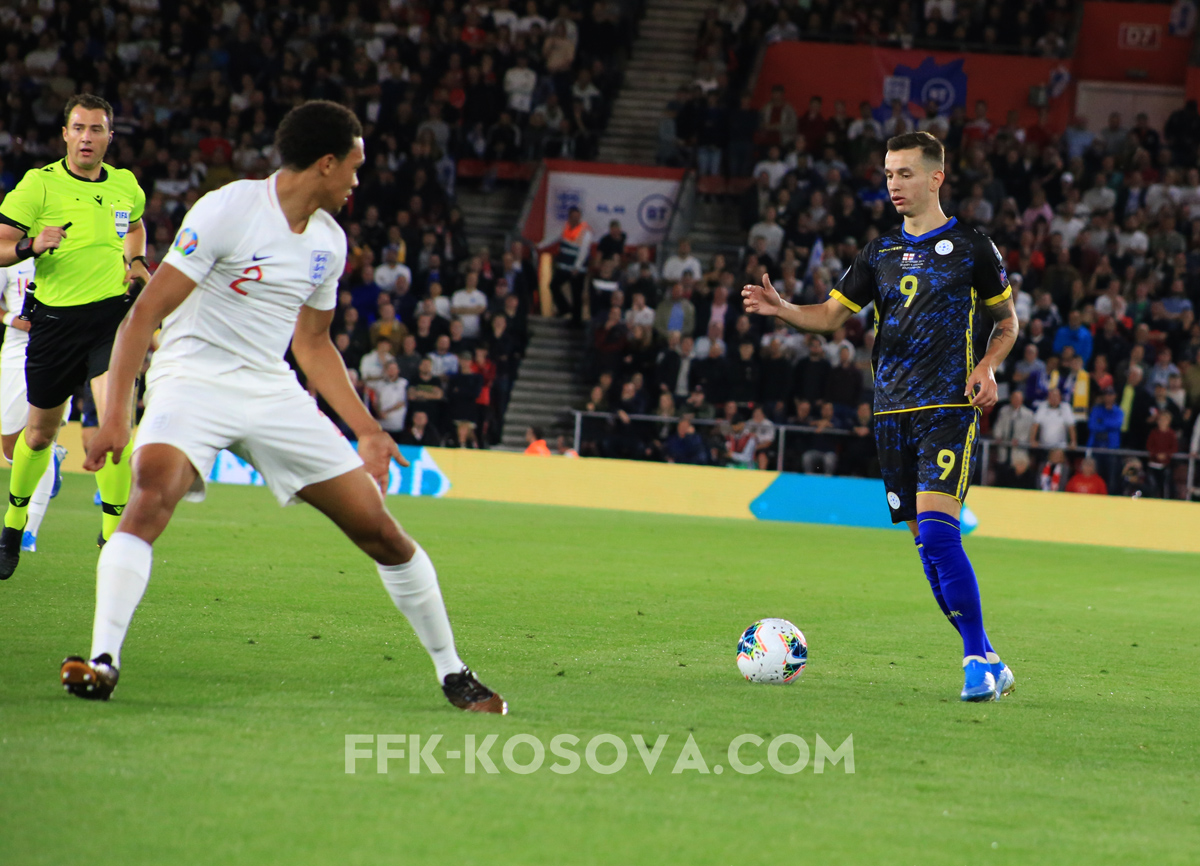 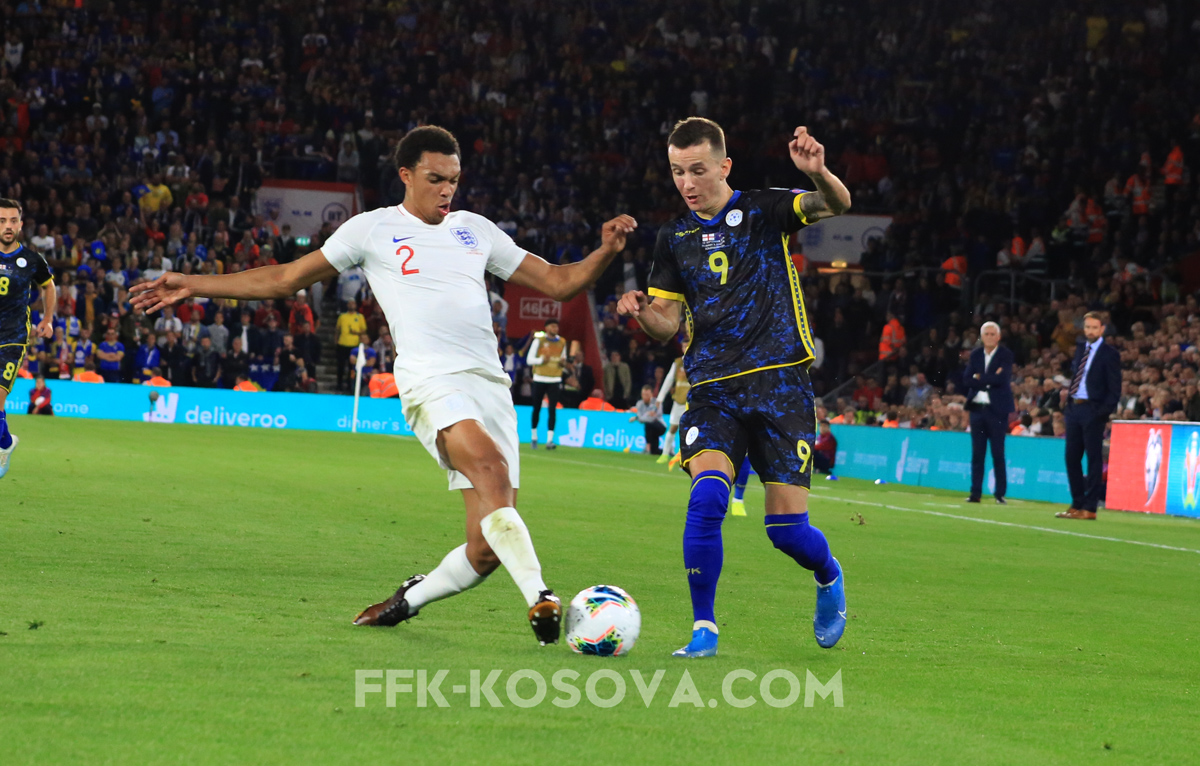 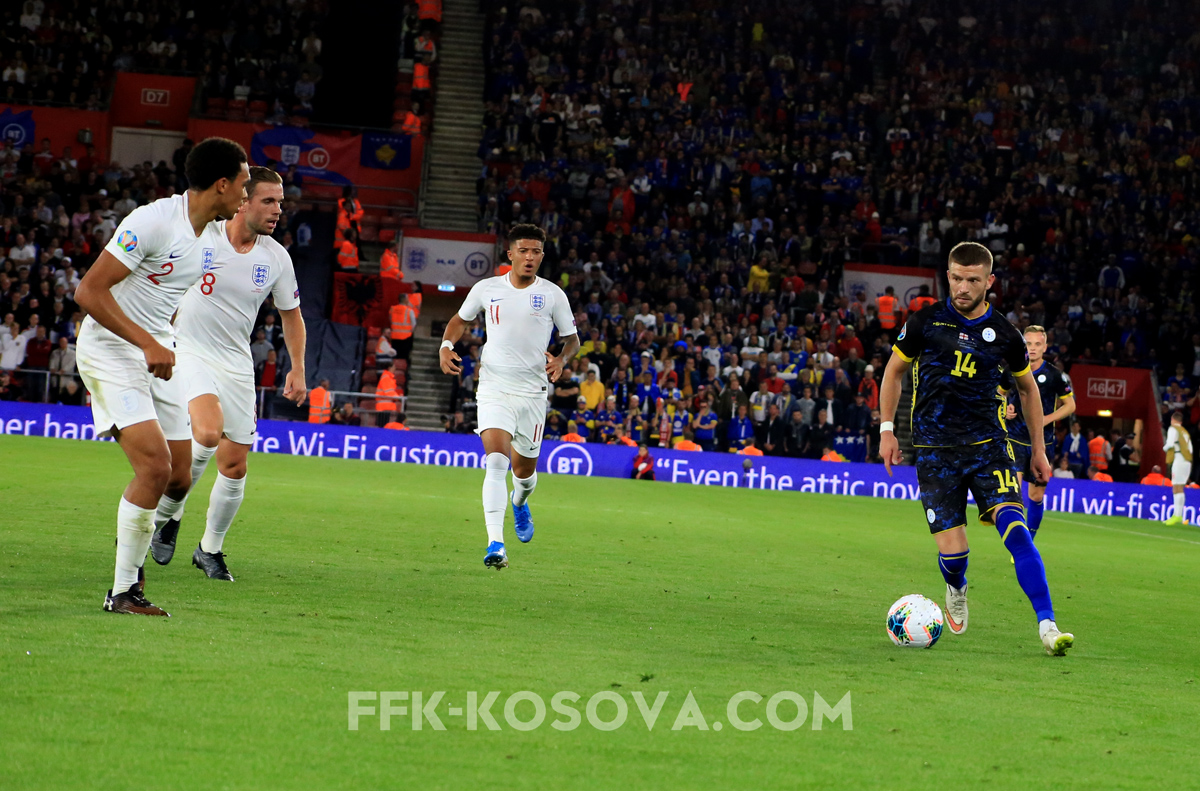 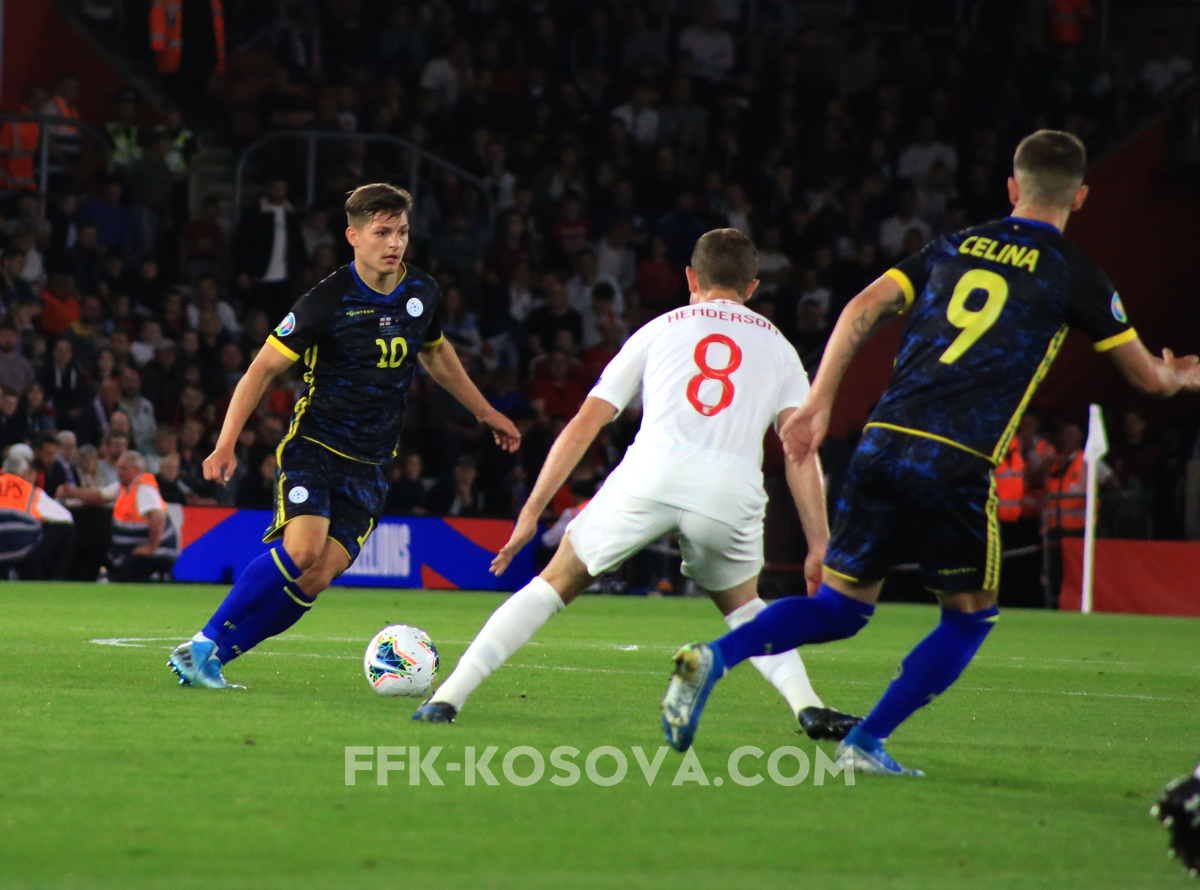 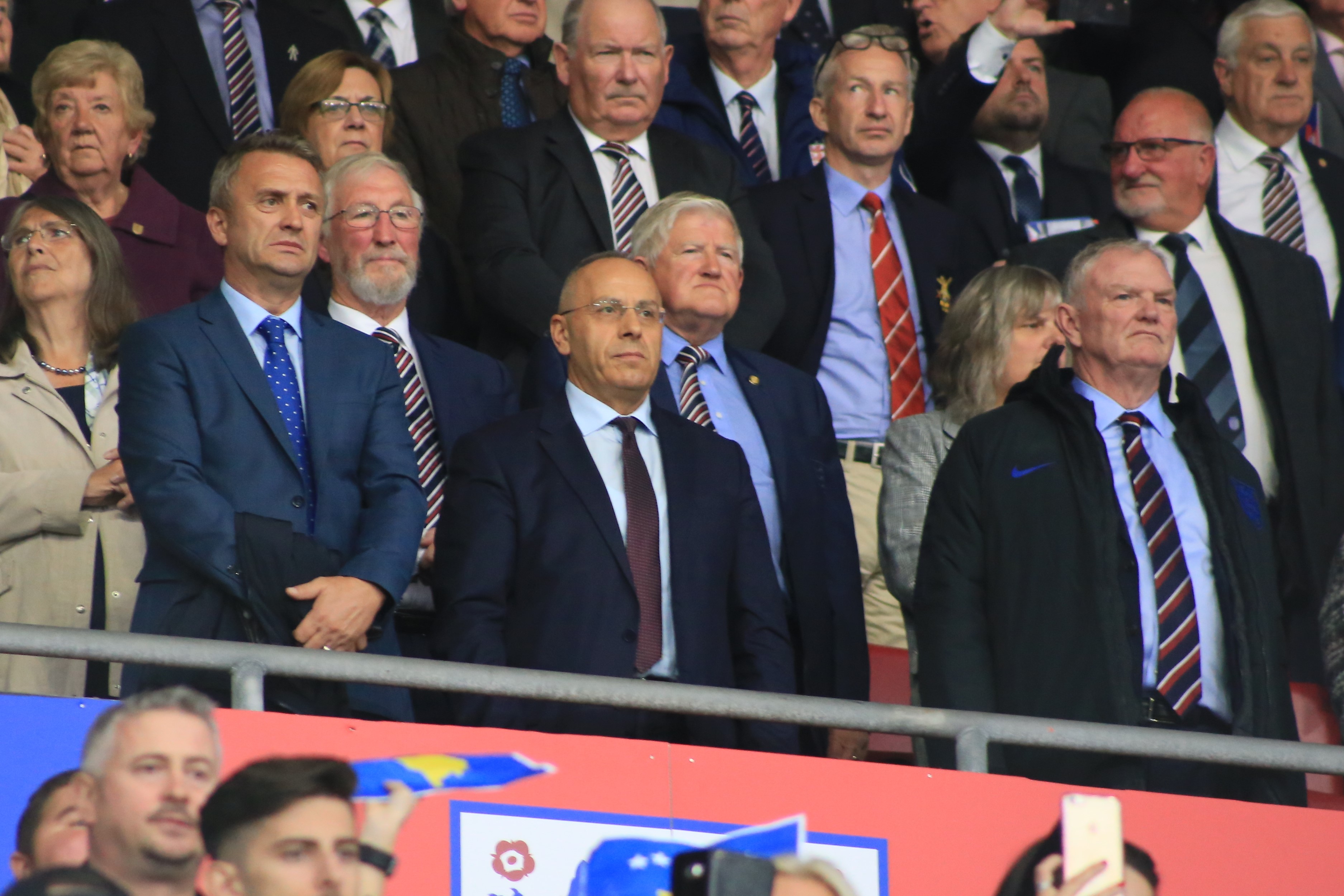