Home > News > Favorites move to the quarterfinals of the cup 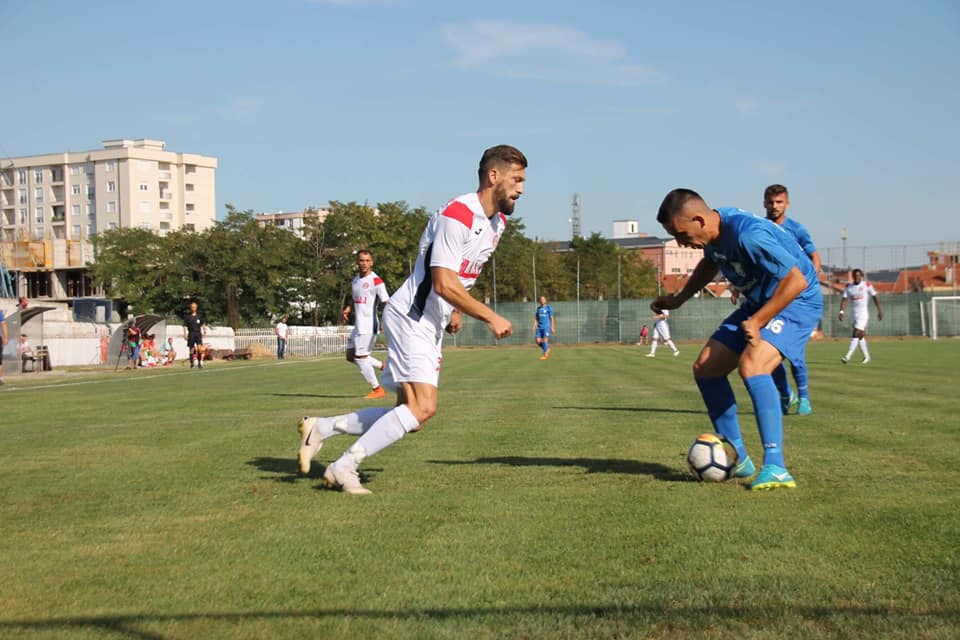 Favorites move to the quarterfinals of the cup

8 December 2019 – The last four matches of the 1/8 final of the Digitalb Cup of Kosovo were played today. Prishtina, Gjilani, Liria and Vushtrria are the other four quarter-final teams of this competition, the day after Feronikeli, Drenica, Ballkan and Dukagjini secured participation in this phase. Prishtina moved on after defeating the First League team, Arberia, with 1: 0 at “Fadil Vokrri” Stadium, that suffered quite a lot in this match given that Arberia had some good scoring opportunities. The only goal of the match was scored by Meriton Korenica from the penalty spot in the 27th minute. Victory with the same score and a goal from penalty was achieved by Liria that defeated Ferizaj. The winning goal for Prizrenis was scored by Jasmin Muhovic. The match that produced the most goals was the one in Gjilan where players scored an easy win with 6:1 in a match with 2 Korriku. Fiton Hajdari and Tomislav Busic scored two goals each for Gjilan, while Januzi and Sejdiu contributed with one goal each, while the only goal for Prishtinians was scored by Shala. A match with many goals was also the match that was played at “Adem Jashari” stadium where Vushtrri defeated Trepca with 4: 2. The Mitrovicians went ahead with Veton Shabani’s goal (18 ‘), but Eri Lamçja equalized with a header (28’). In the second half, Vushtrri managed to overthrow everything with the goals scored by De Souza (55 ‘) and Bashkim Shala (65’). Trepca reduced the lead in the 82nd minute with Ardian Neziri’s goal. However, Vushtrrians scored again in the additional minutes through Nertil Hoxhaj who put the final score to 2: 4.​

Vedat Muriqi the best player of 2019