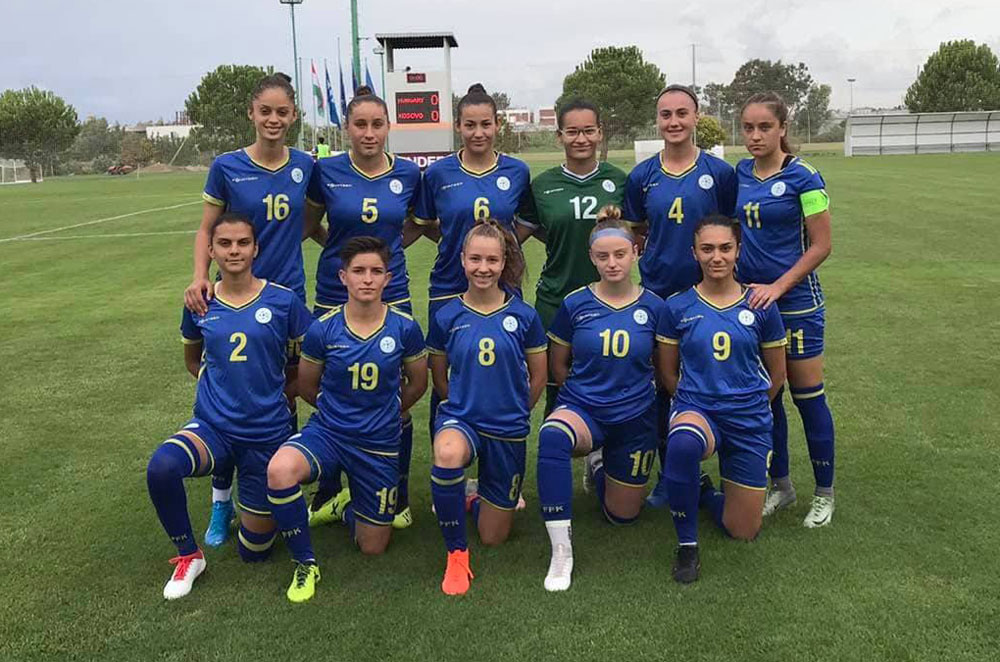 5 October 2019 – The U19 National Team in female competition played the second match today at Manavgat/Turkey within the Euro 2020 qualifiers to be held in Georgia. Following the defeat by Denmark (8:0) girls led by Kushtrim Munishi were defeated by Hungary with 6:1 although they played very well in most of the time and showed to be very strong rivals to Hungarians. Kosovo girls started the match very well and managed to take the lead in the 19th minute with the goal scored by Erjona Emërllahu. However, the joy of our players did not last long because only two minutes later, Hungarians equalized with the goal scored by Sara Pusztai. It seemed this goal took our girls in panic who only after three minutes suffered the second goal scored by Viktoria Bodai. The second half was closed with 2:1 for Hungarians who in the beginning of the second half, scored the third goal, again by Viktoria Bodai. Our girls made their efforts to change the course of the match but failed to find their way to goal whereas Hungarians managed to score three other goals through Viktoria Bodai (80‘), Sara Pusztai (82’) and Bernadett Stefan (88’). The last match in Group 12 will be played by Kosovo U19 against Turkey on 08 October. 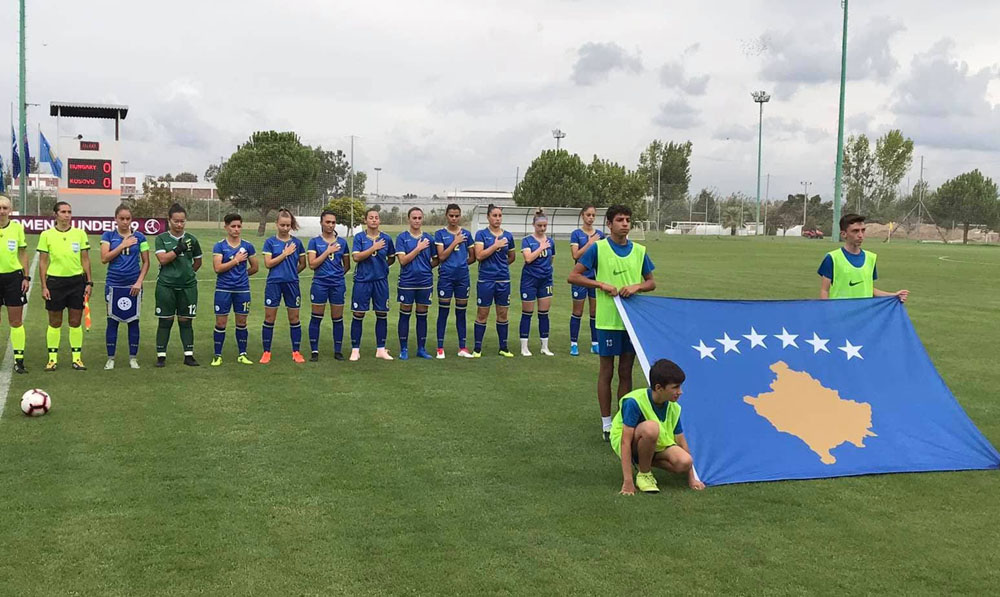 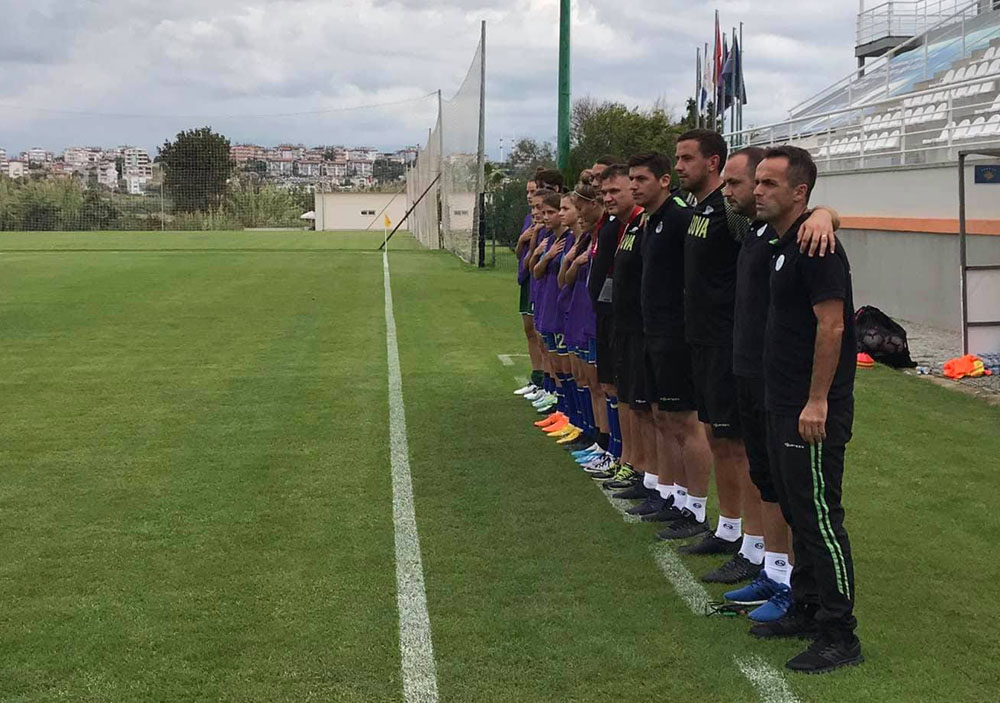