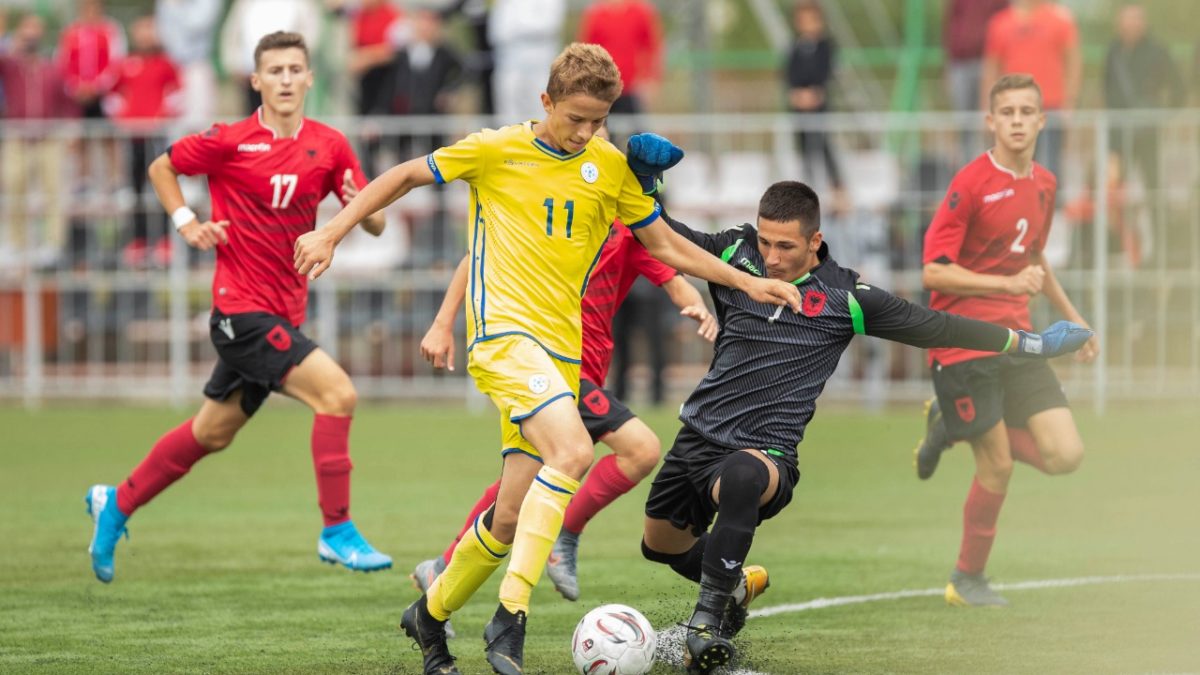 Kosovo U15 triumphs at the “UEFA Development Tournament” in Kamza

23 September 2019 – The U15 National Team triumphantly closed the “UEFA Development Tournament” held in Kamza (Albania) under the auspices of the Albanian Football Federation. In the third and the final match of this tournament, the young Dardans won a duel with Albania, with 1: 0. The winning goal for Kosovo was scored by Elton Krasniqi. Thus, Kosovo ended the tournament with 9 points, with 12 goals and none suffered. Albania came in second with 4 points, Estonia third with 3 points and Tajikistan the last with 2 points. In the first match, Kosovo beat Tajikistan with 8: 0, while it defeated Estonia 3: 0 in the second match.