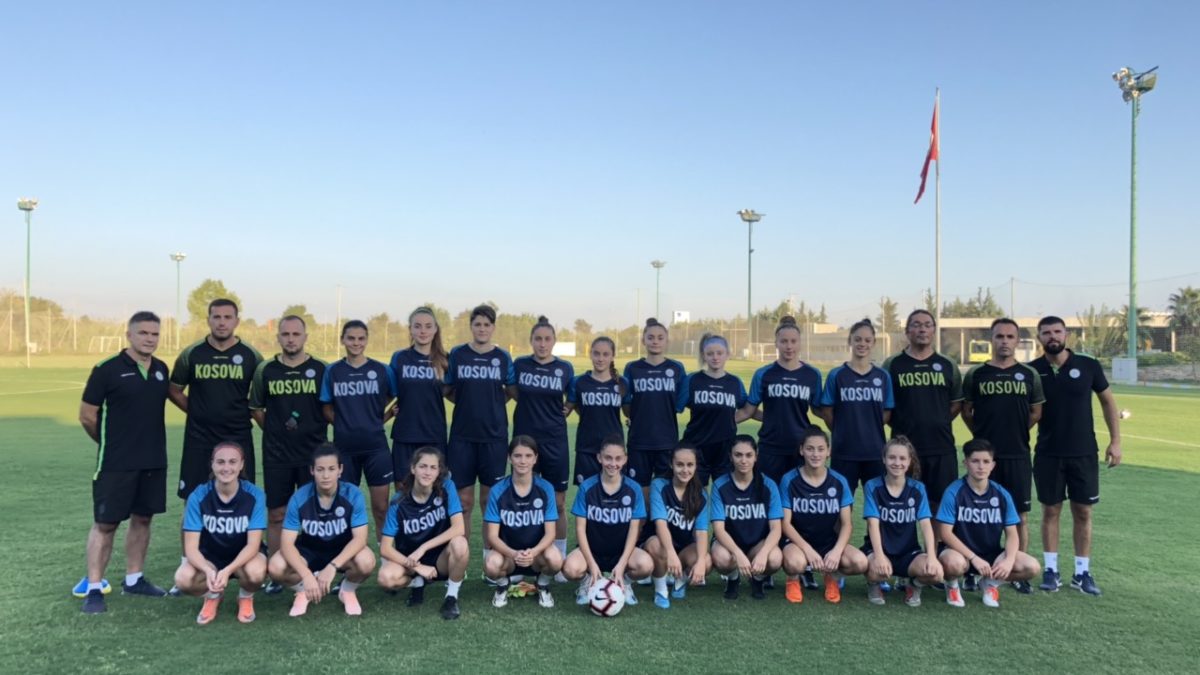 Kosovo U19 (women) holds first training in Antalya, on Wednesday match with Danes

30 September 2019 – The U19 National Team on Women’s Competition held its first training in Antalya, where it is accommodated for the European Championship qualifying matches to be held in Georgia in the summer of 2020. Kosovo is part of Group 12 of these qualifiers along with the host Turkey, Hungary and Denmark. Kushtrim Munishi’s team will play its first match on Wednesday, 2 October against Denmark at 1:30 pm. Meanwhile, the Dardans will play their second match on 5 October at 1:30 pm against Hungary, while on 8 October they will play their last match against Turkey at 4:00 pm. Further elite qualification is secured by the first two teams in the ranking of each group, as well as the four third-place teams in groups with the best score.

President Ademi travels to Minsk for the HatTrick Commission meeting

Drita wins the derby, Prishtina and Ballkani continue with victories