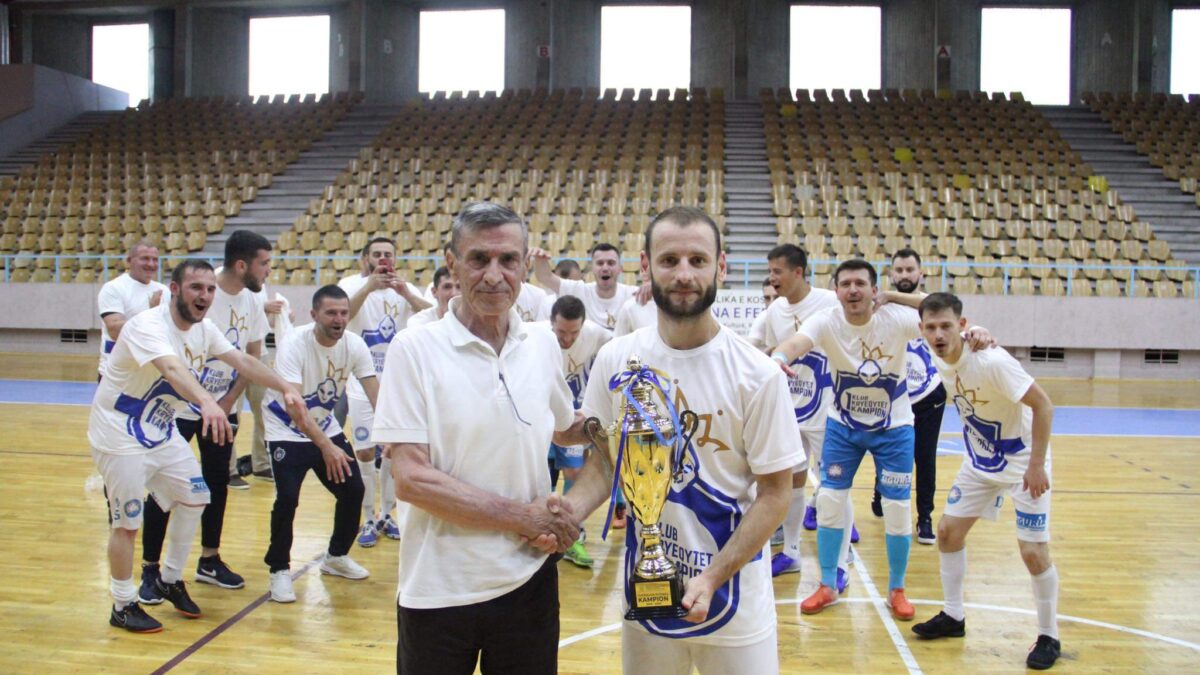 27 June 2020 – Mabetex Prishtina is the new Kosovo champion in futsal. The team from the capital in the final play-off match that took place in the sports hall “Bill Clinton” in Ferizaj defeated Liburn with 4: 2. The match was quite interesting where the winner was determined only in the last seconds. Mentor Mejzini was the first scorer for Liburni’s lead. However, Prishtina returned to the game only a few minutes later with Alen Jefferson who scored from the penalty spot, whereas Liburn took the lead with Azem Brahimi’s goal. Two minutes before the end, Malush Qerimi equalized to 2: 2, while only 59 seconds before the end of the match, Jefferson scored again from the penalty spot to restore the lead of Prishtina. In the end, when Liburn was playing without a goalkeeper, Azem Brahimi scored from a distance for the final score to 4 – 2. For Mabetex Prishtina, this was the first trophy in the history of the club, whereas this team will represent Kosovo in the Champions League. 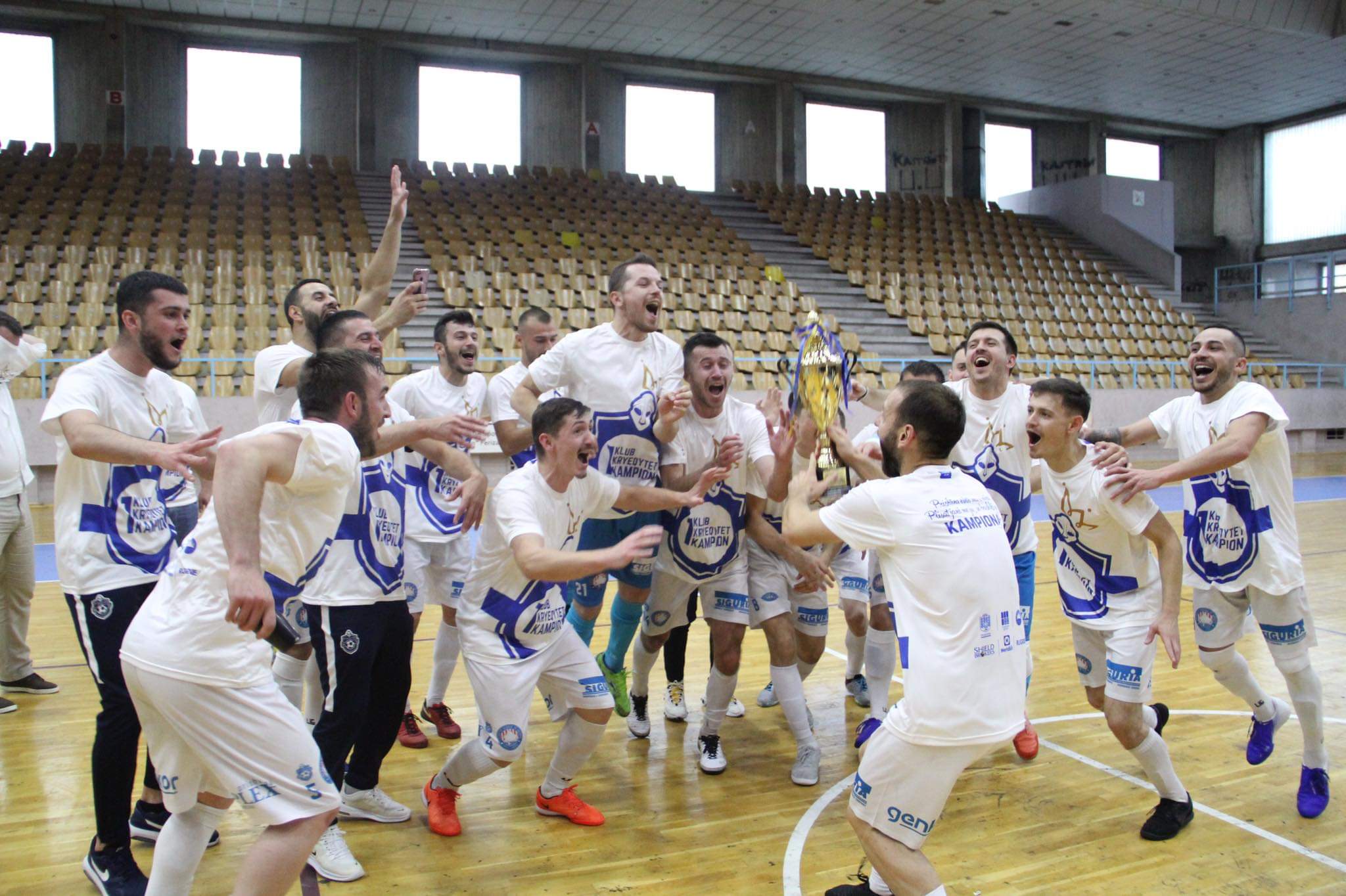 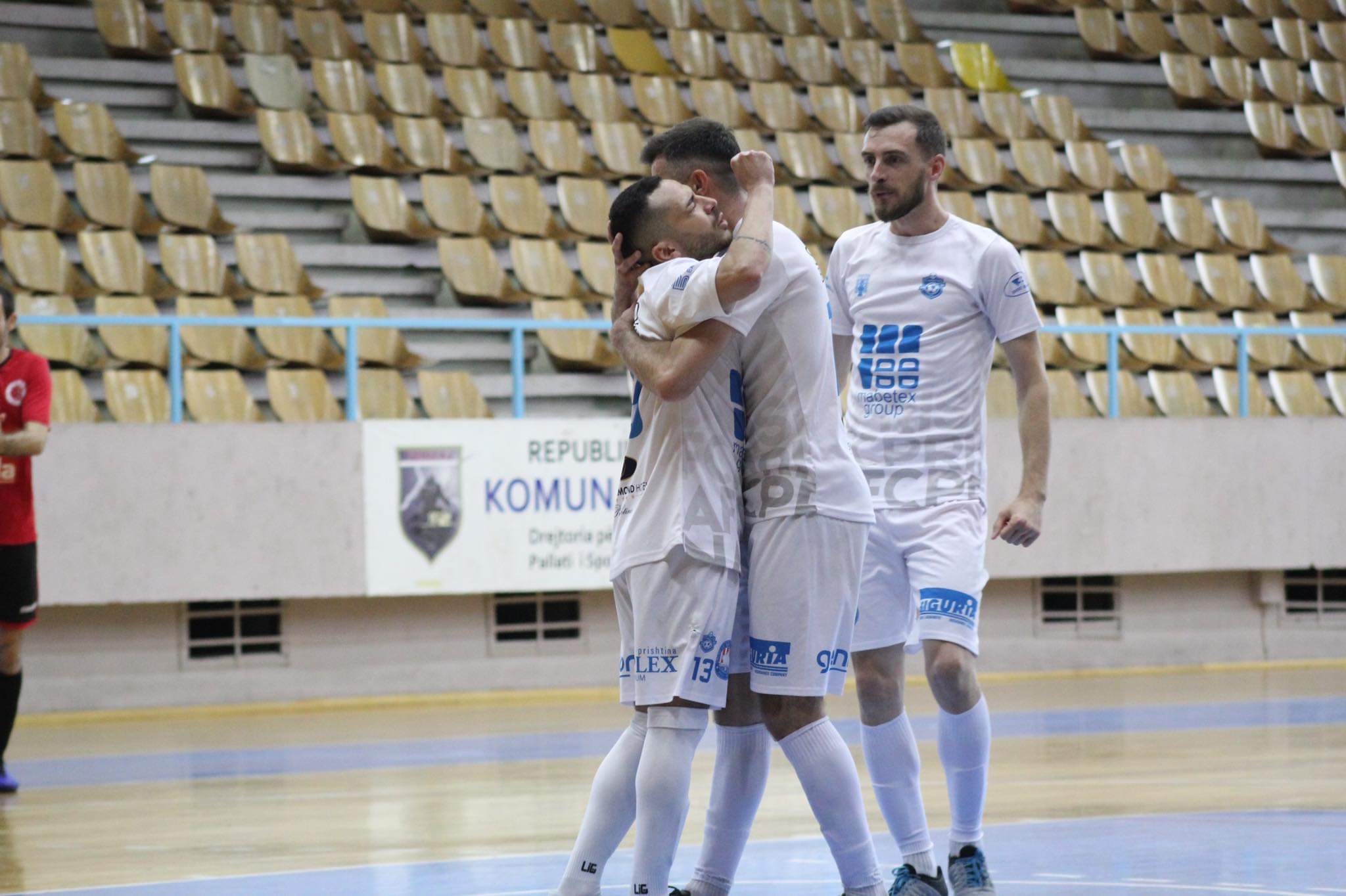 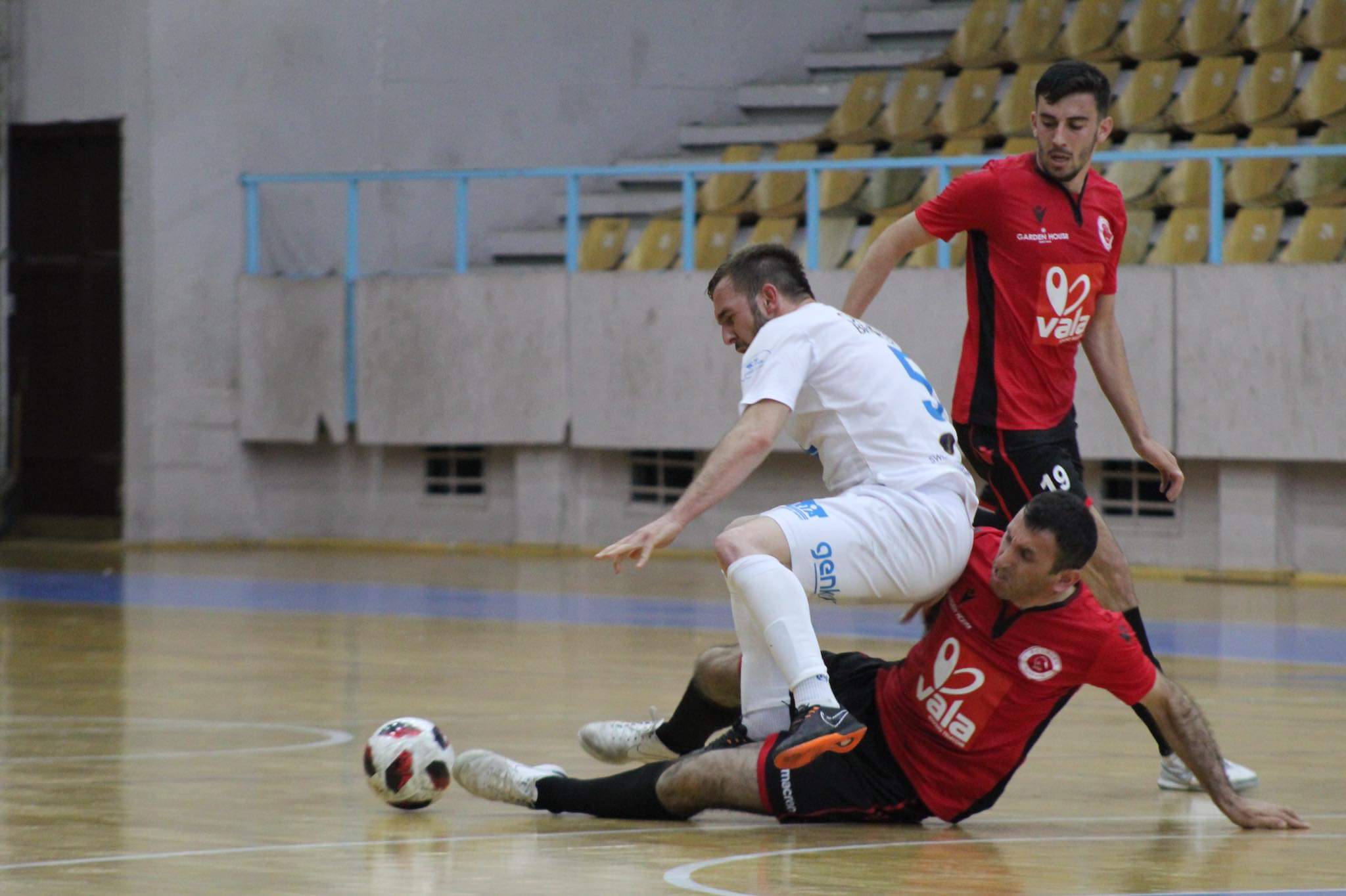