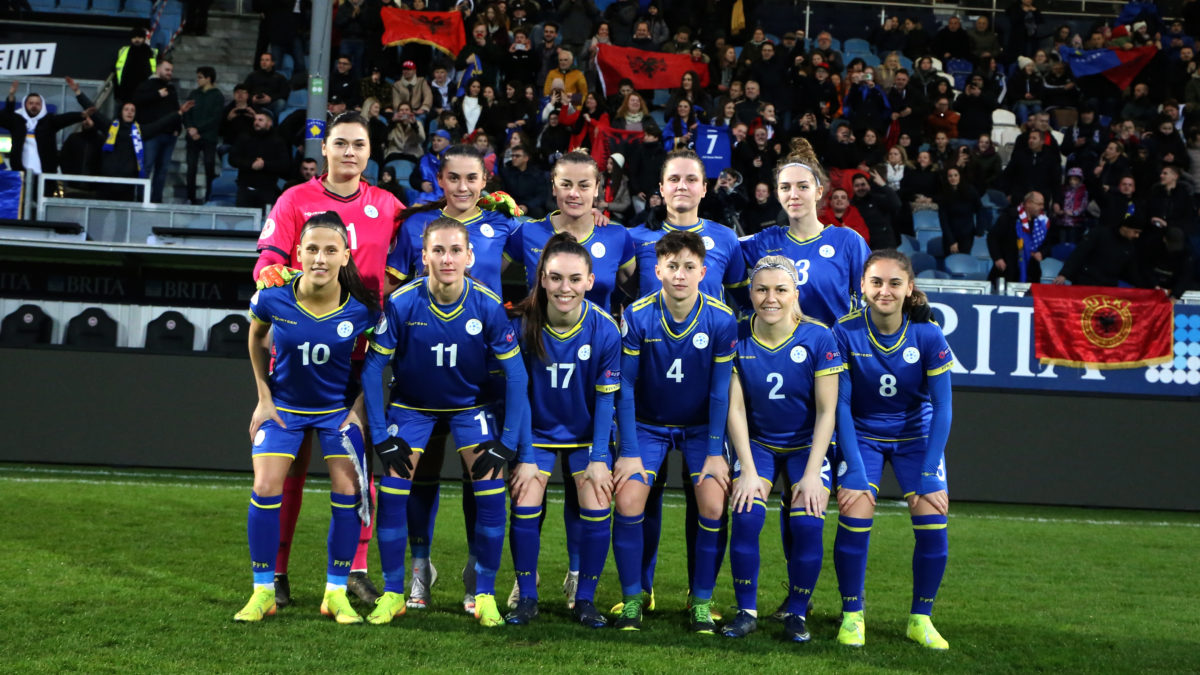 6 March 2020 – The Kosovo Female National Team was defeated by Russia with 5-0 at the “Brita Arena” tonight in Wiesbaden as part of the EURO 2021 qualifiers. The match started bad for the Dardans who suffered goal in the first minute when the ball deflected by Fjolla Shala ended in our net. The Russians experience and quality came in the following minutes who dominated the game as Nelli Korokvina scored the second goal in the 33rd minute. The Russians started the second half franticly scoring three more quick goals. Initially, Nadezhda Smirnova scored in the 47th minute and Marina Federova three minutes later. Meanwhile, Smirnova set the final score with her second goal in the 53rd minute. Despite the deep result, the Dardans continued to do their utmost in the field aiming to score at least one goal to honor hundreds of our compatriots who, despite low temperatures, endured to the end in support of the players. Kosovo plays its next match on 10 March against Slovenia at the “Fadil Vokrri” Stadium. Russia now ranks second with 9 points, while Kosovo remains fourth with 6 points.​

“It was really seen that Russia is higher than us. However, we can also regard it as an unfortunate day. We suffered a goal in the first minute from nothing. The same situation occurred with the second goal. It is a problem when you face an opponent of a higher level and start the game with a goal. It happened to us. The players tried to do something in the sequel, but surprisingly some of the strengths we have, failed tonight. It was clear that the experience makes its own and as a young team we have to continue to work hard.” 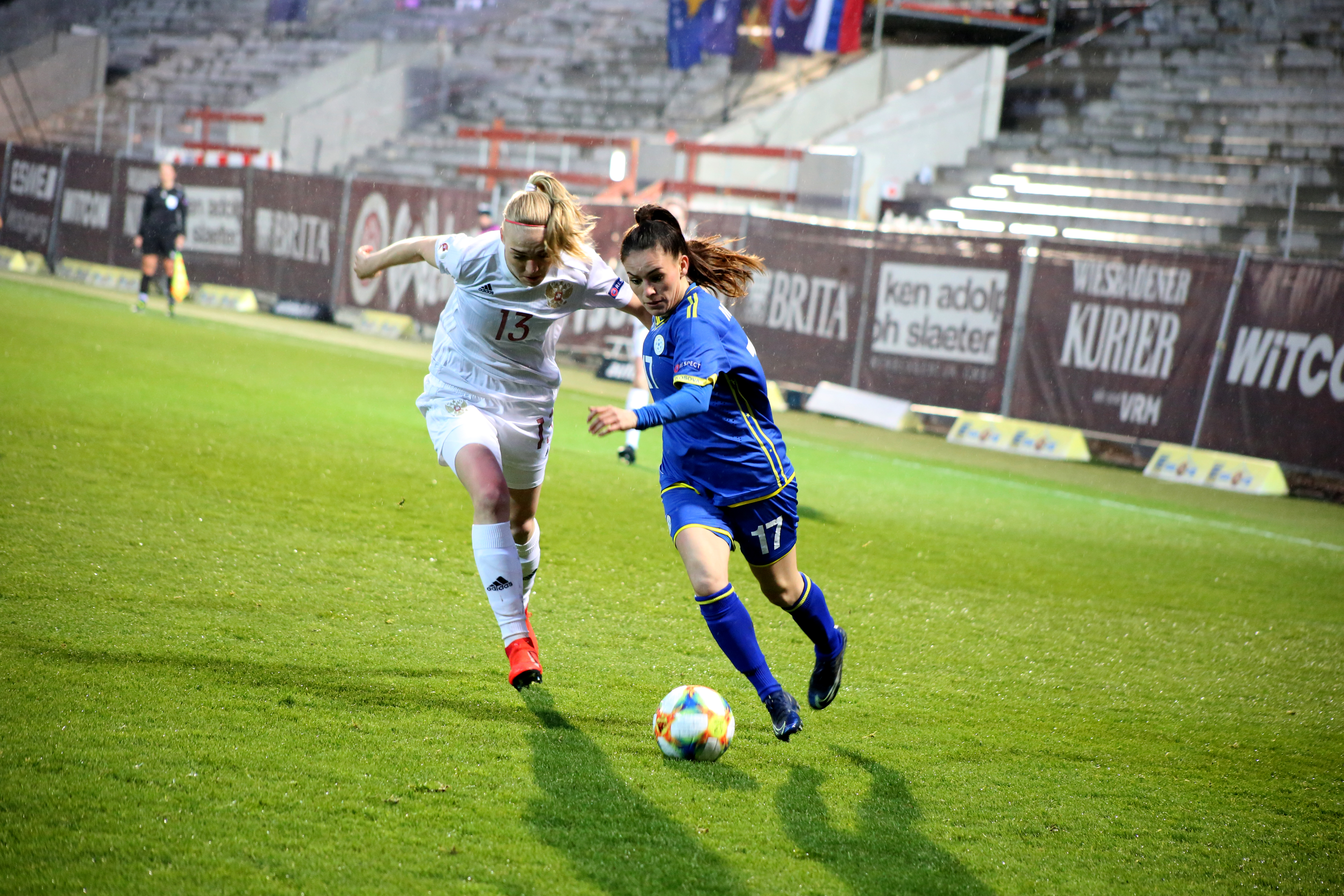 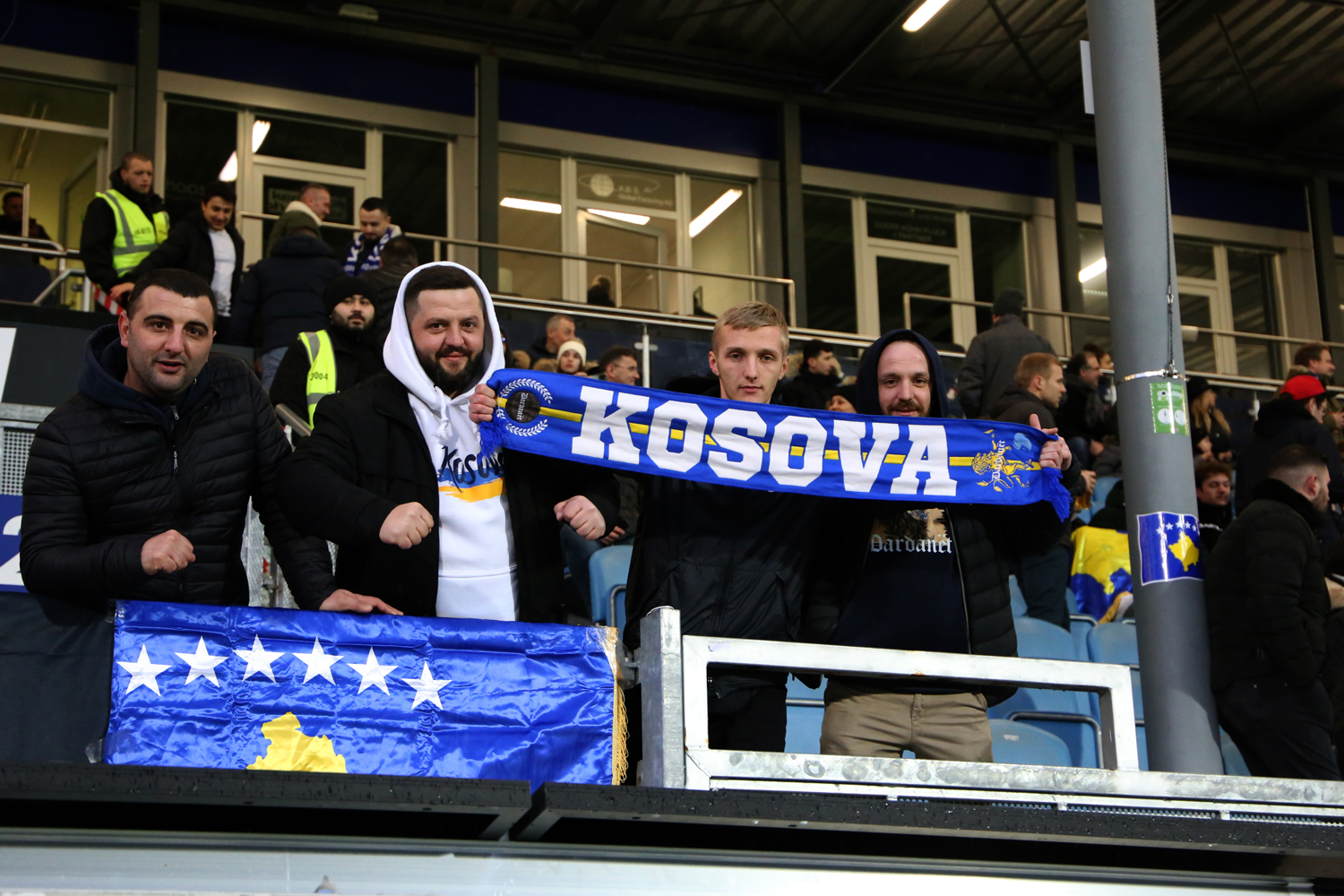 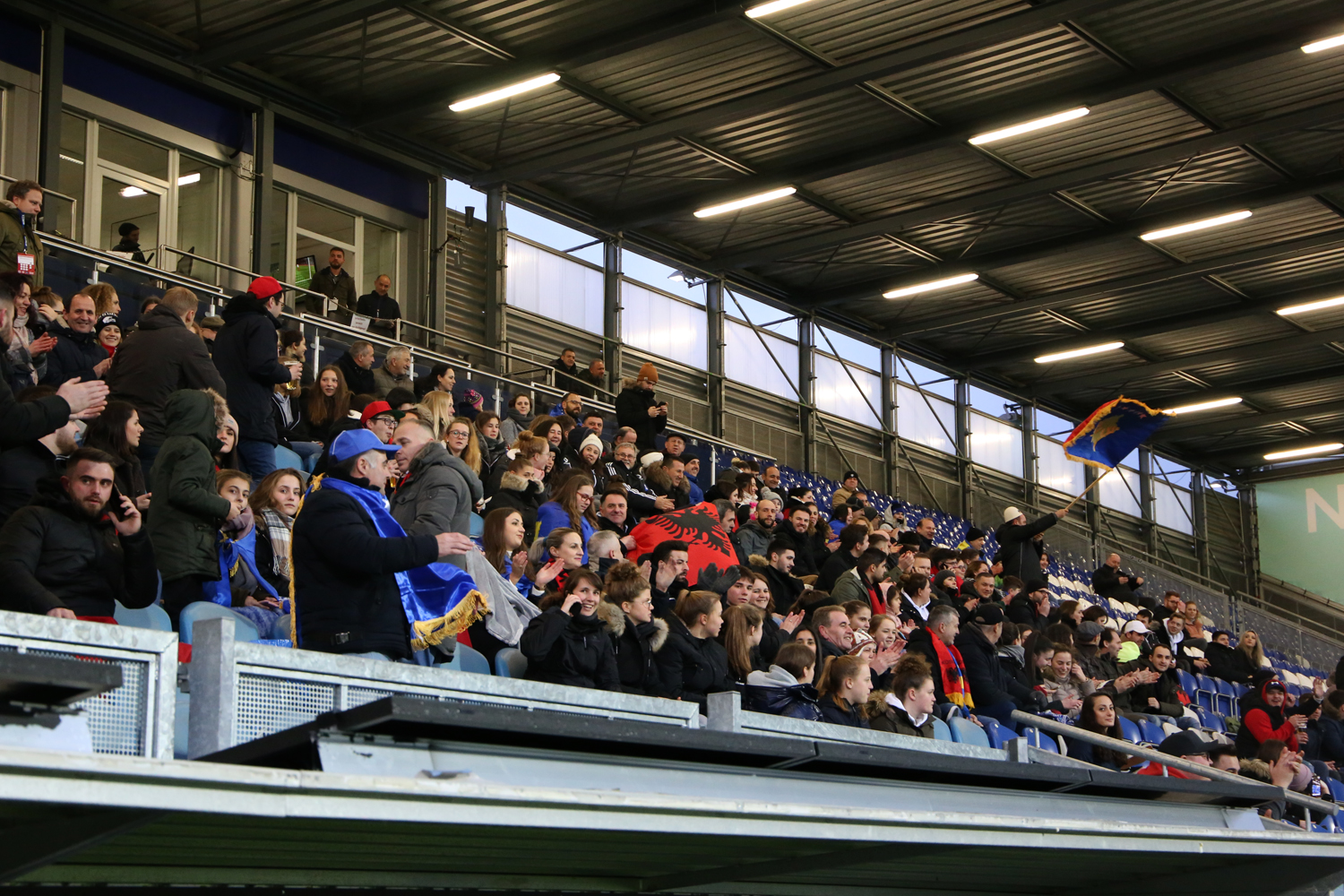 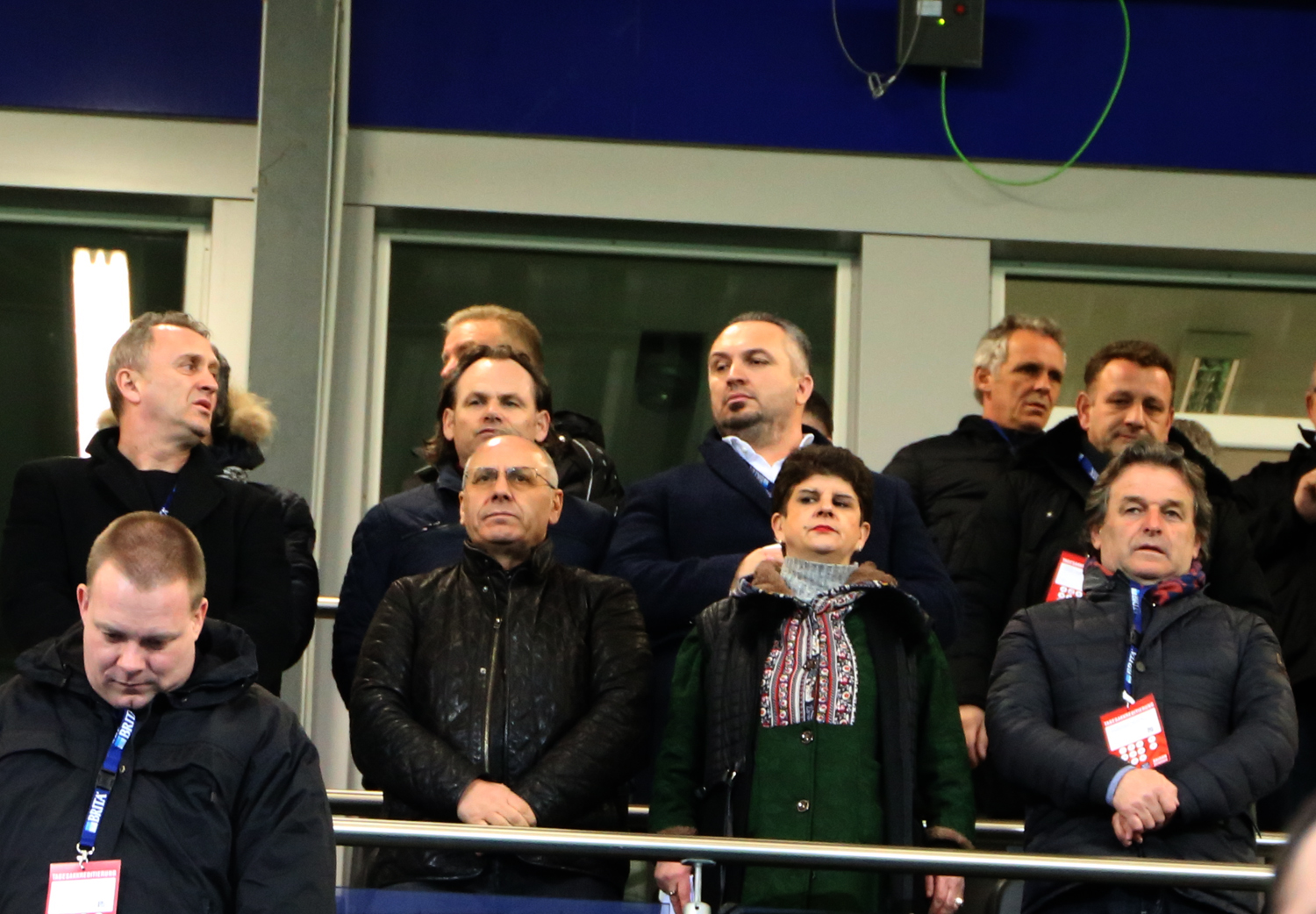 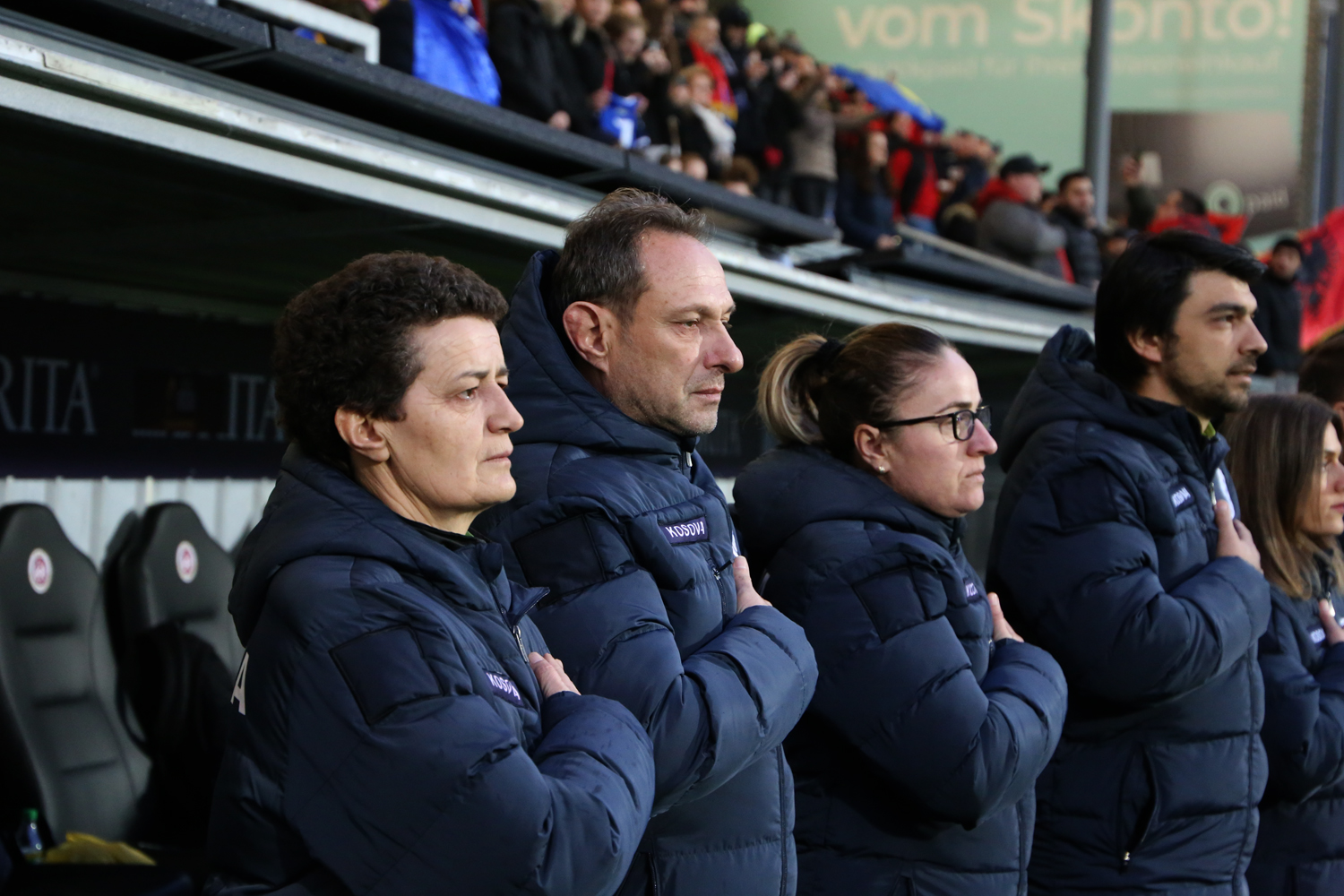 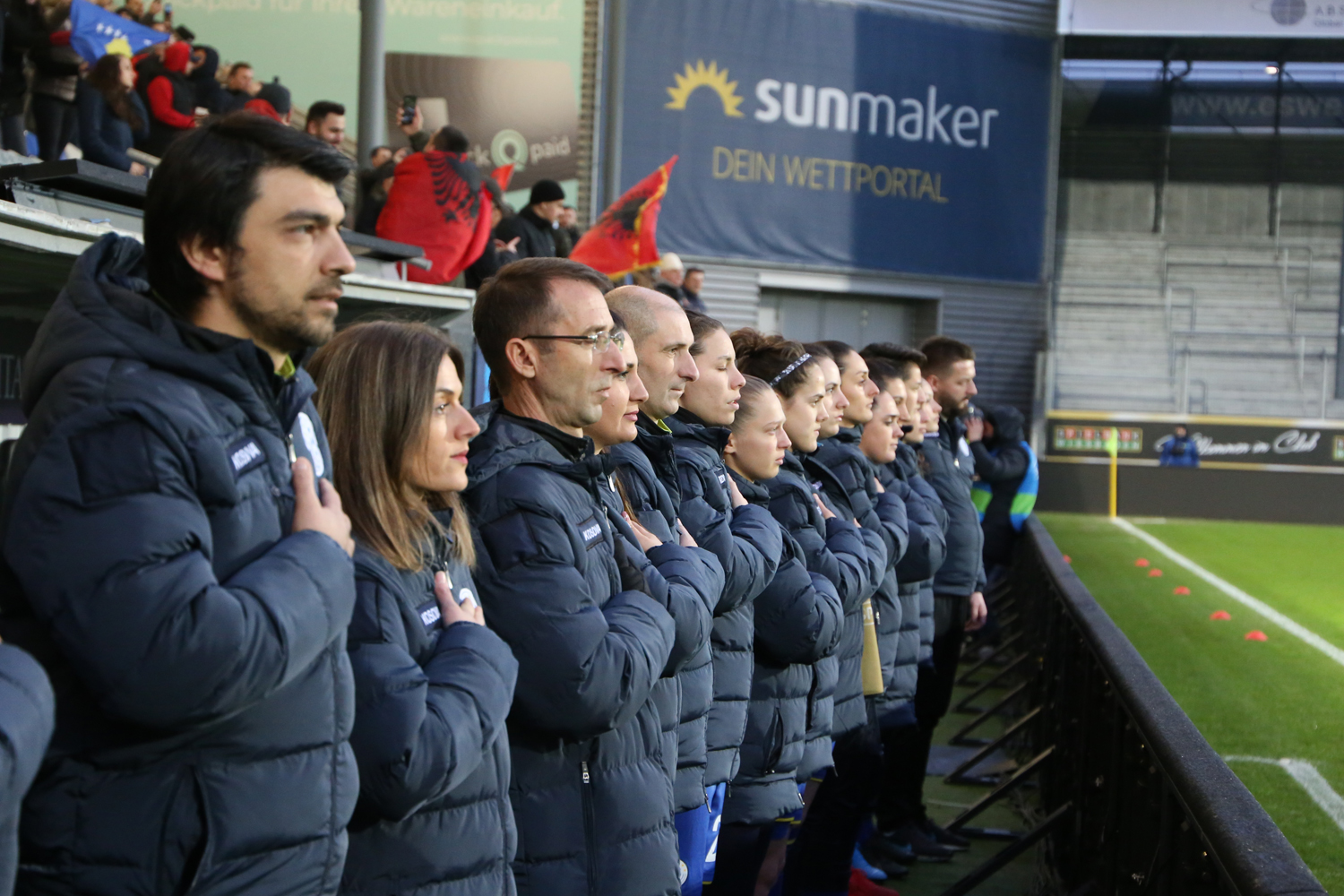 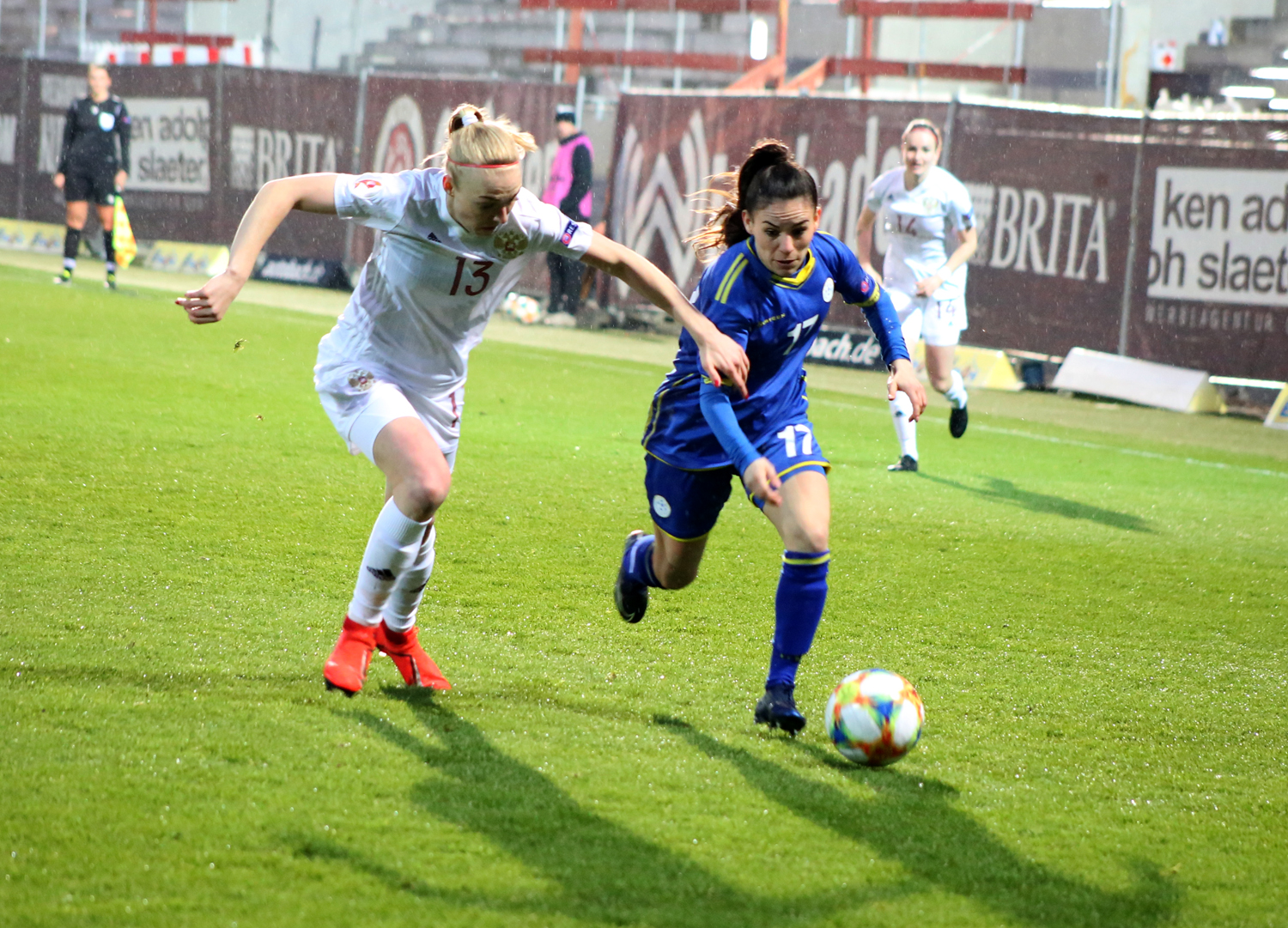 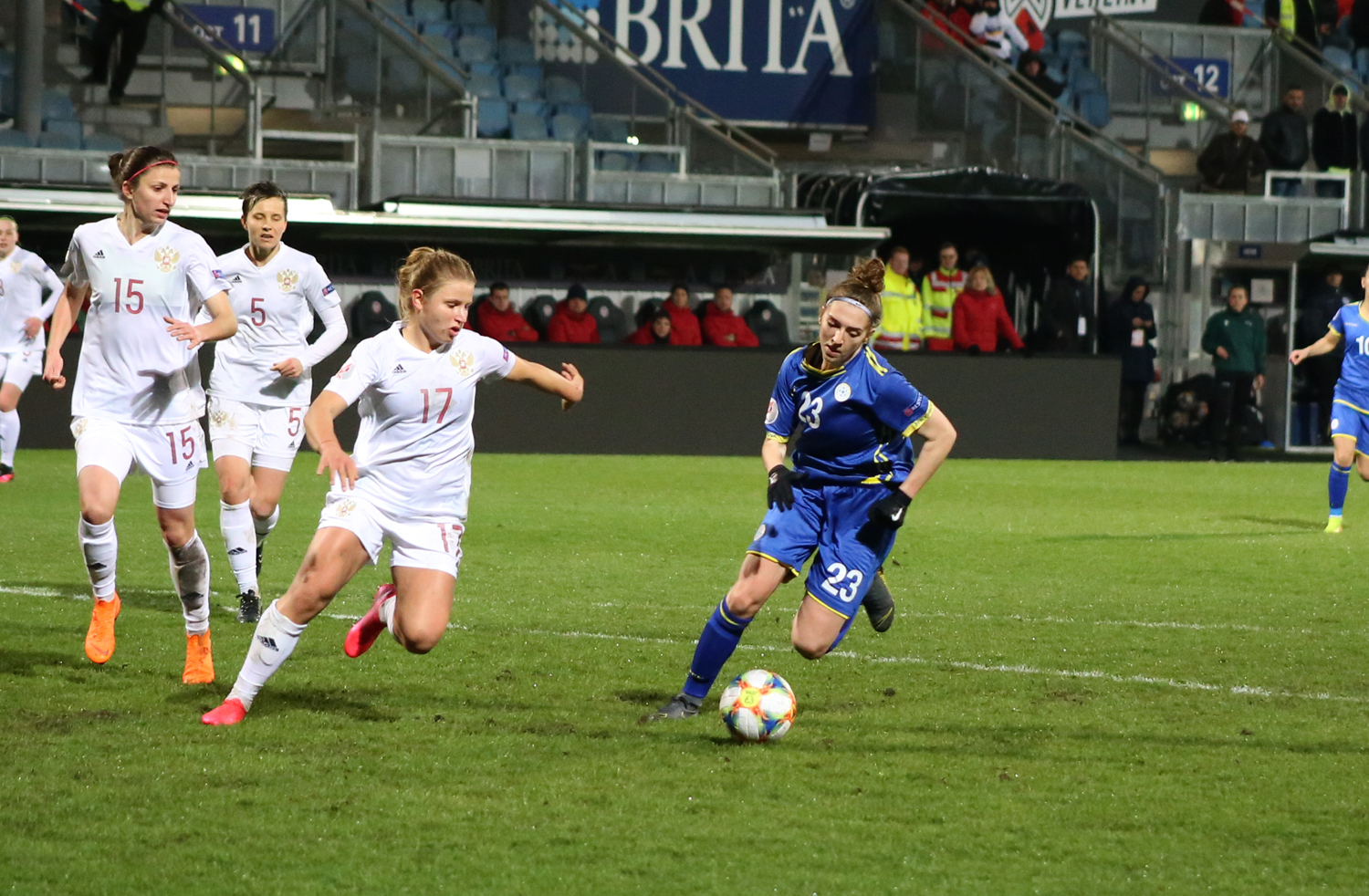 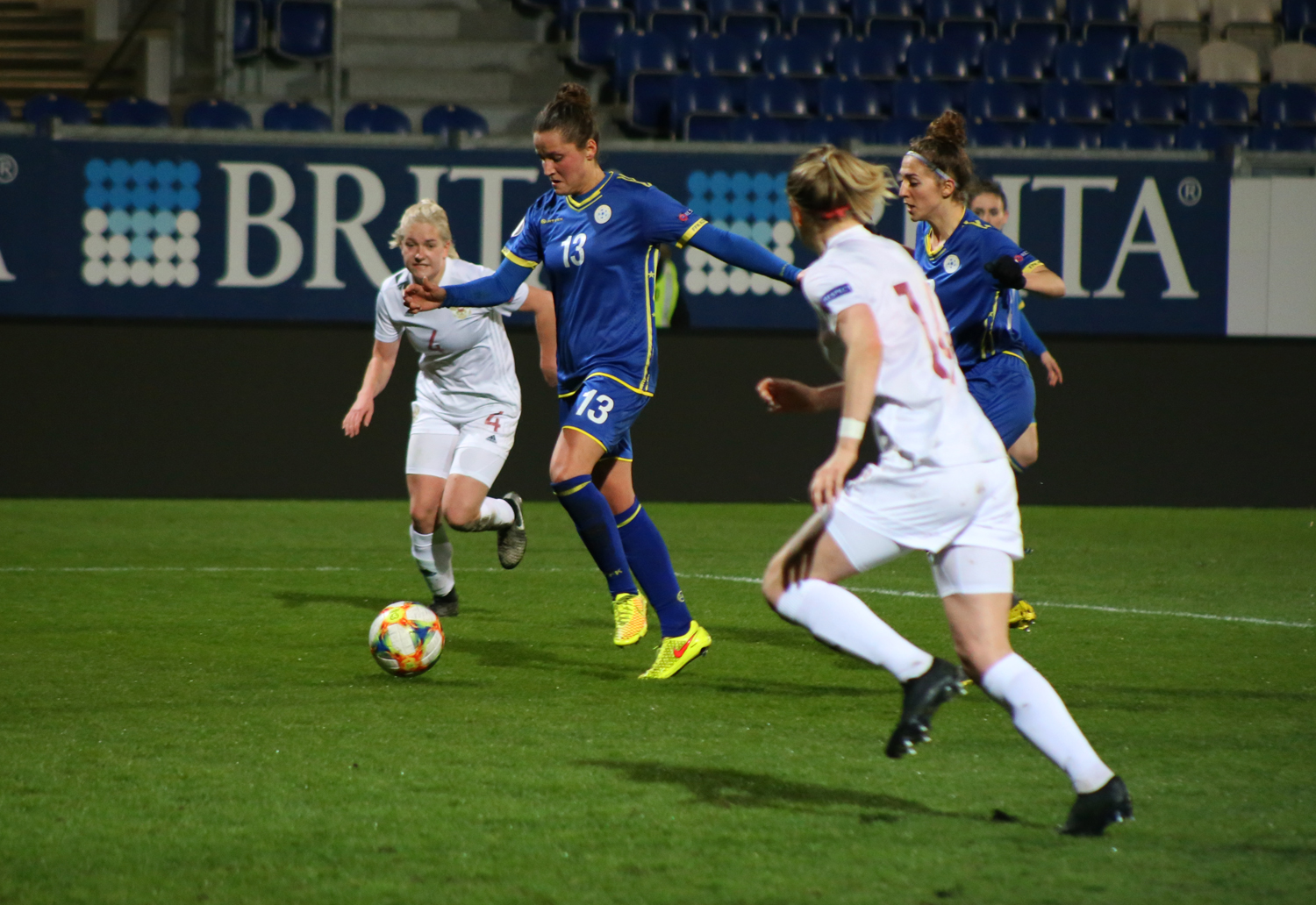 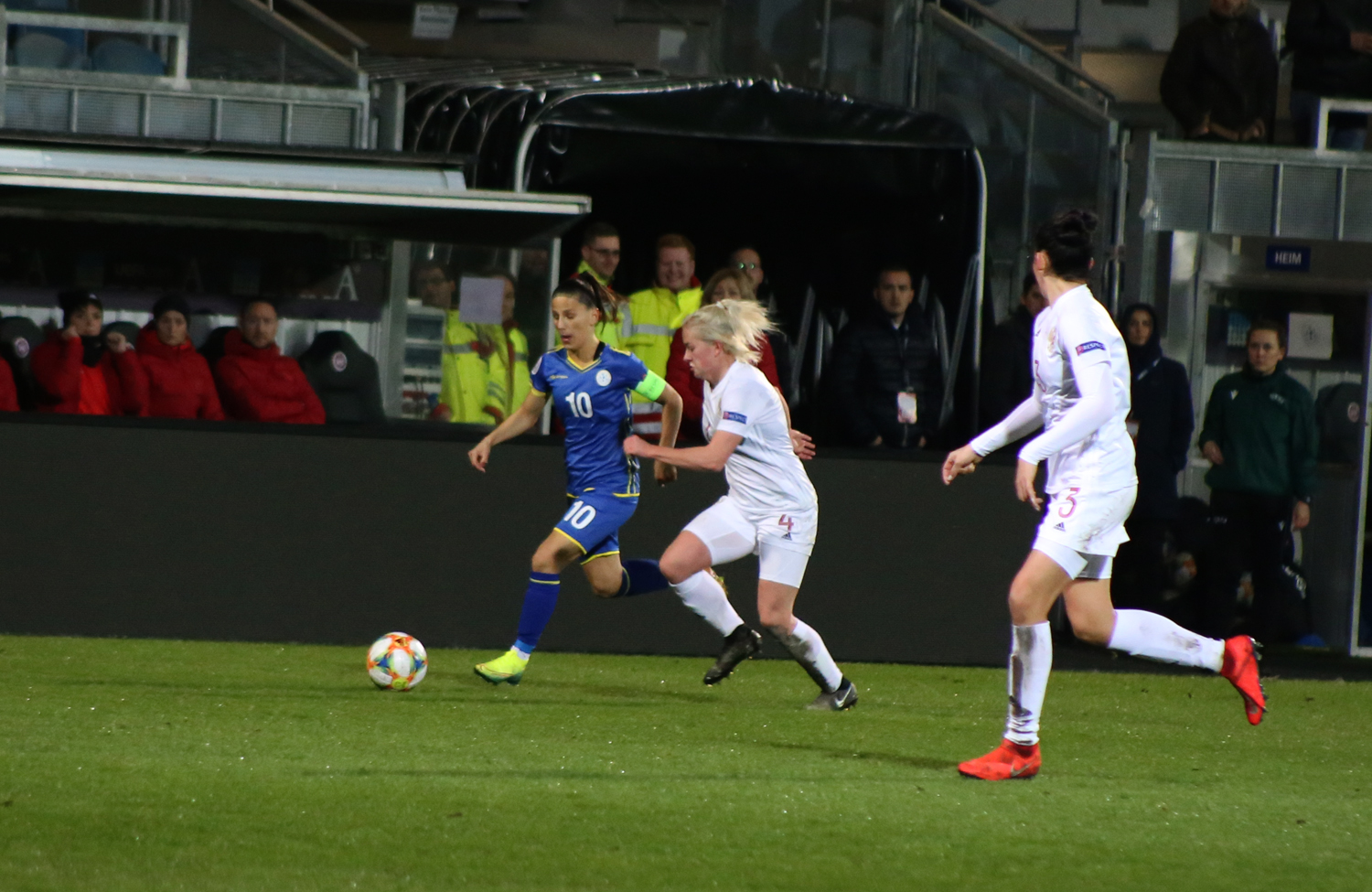 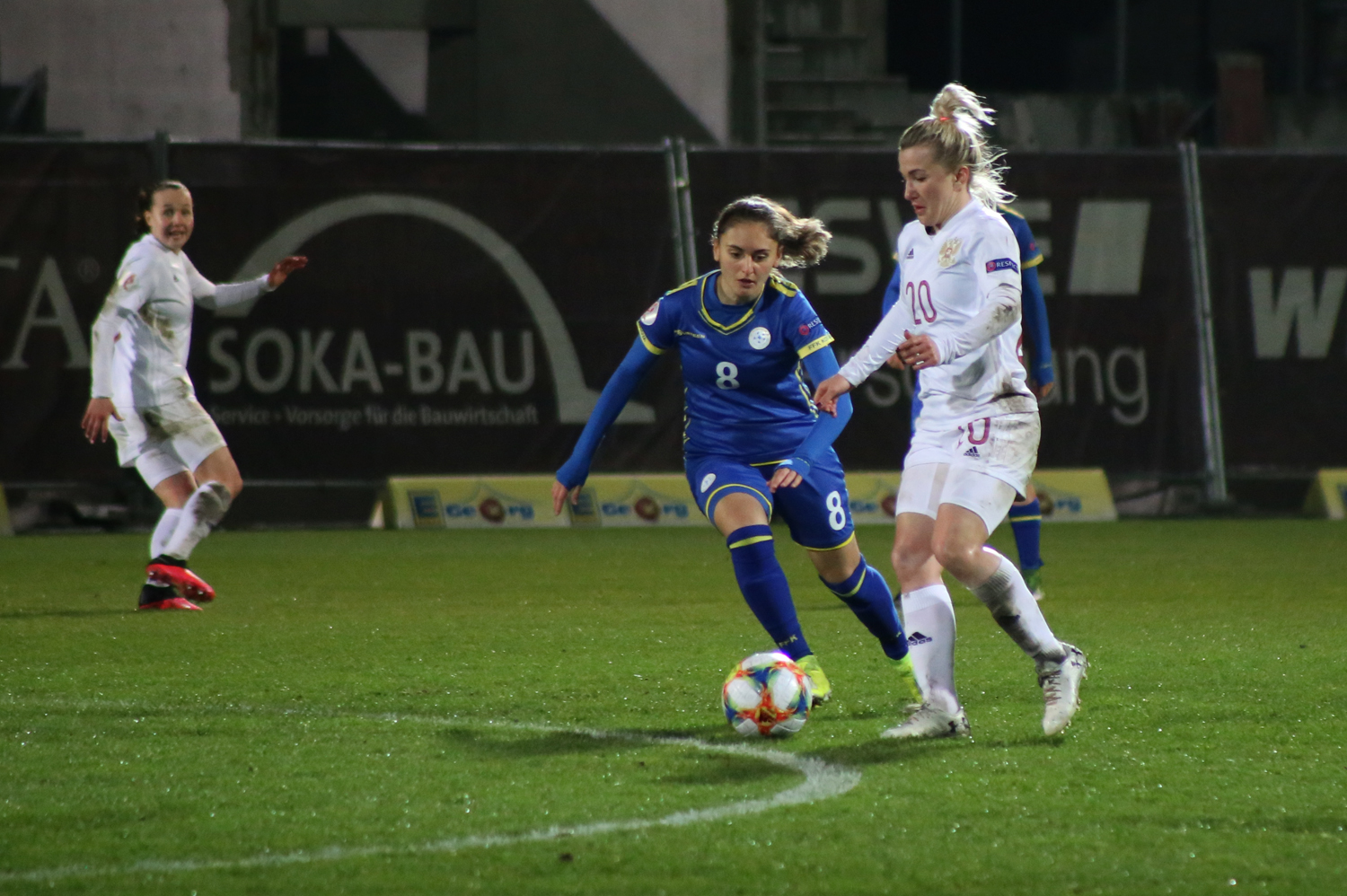 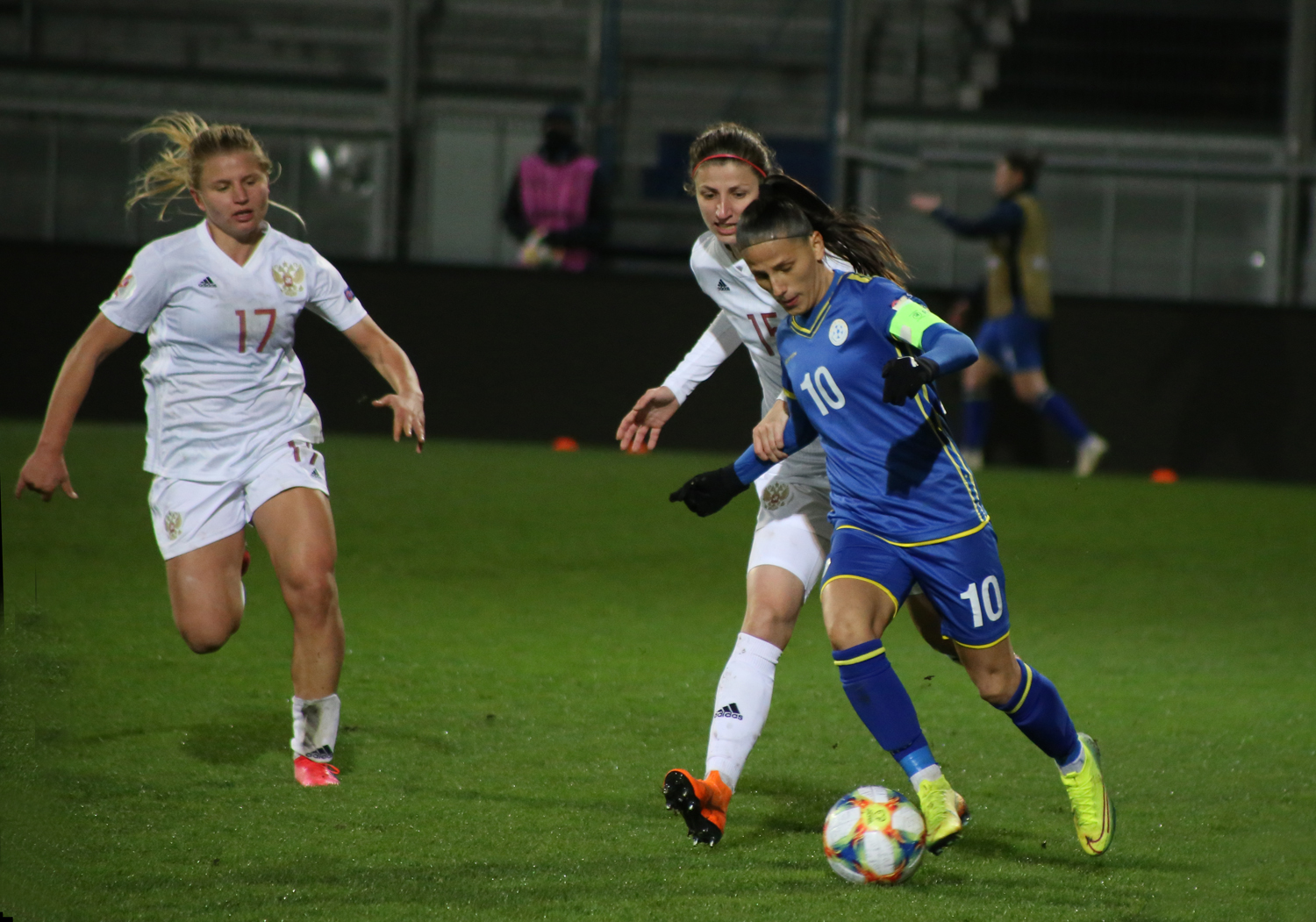 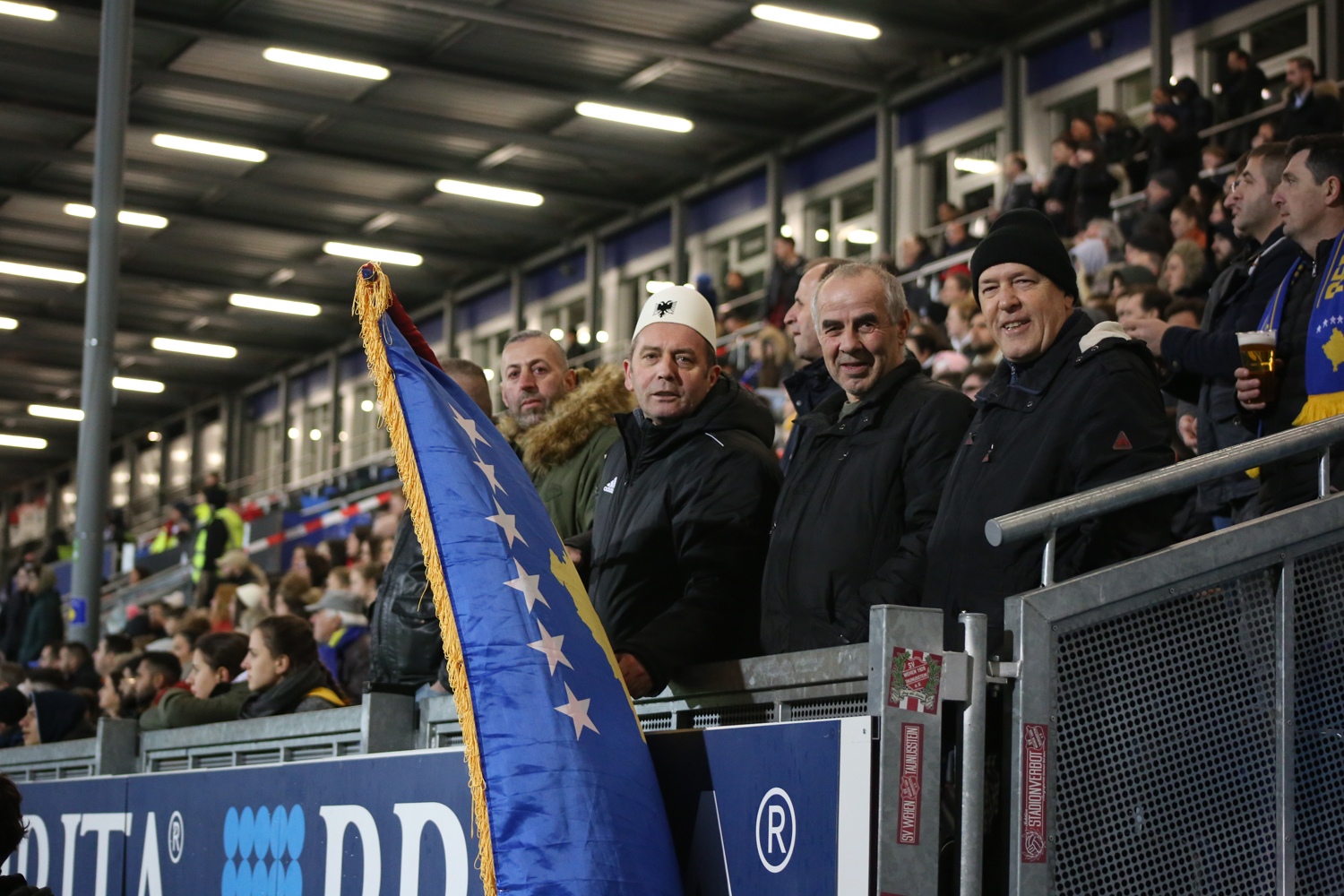 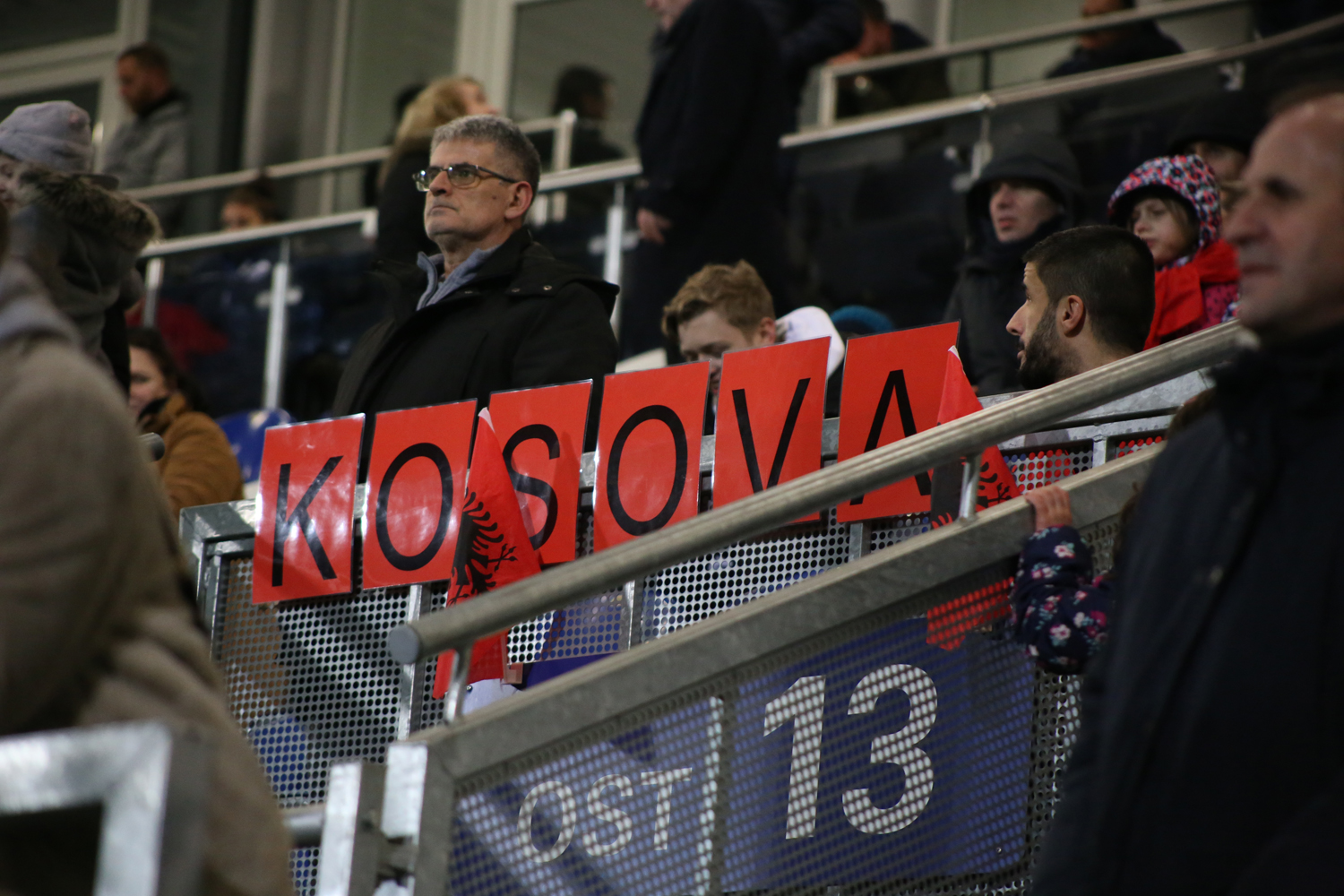 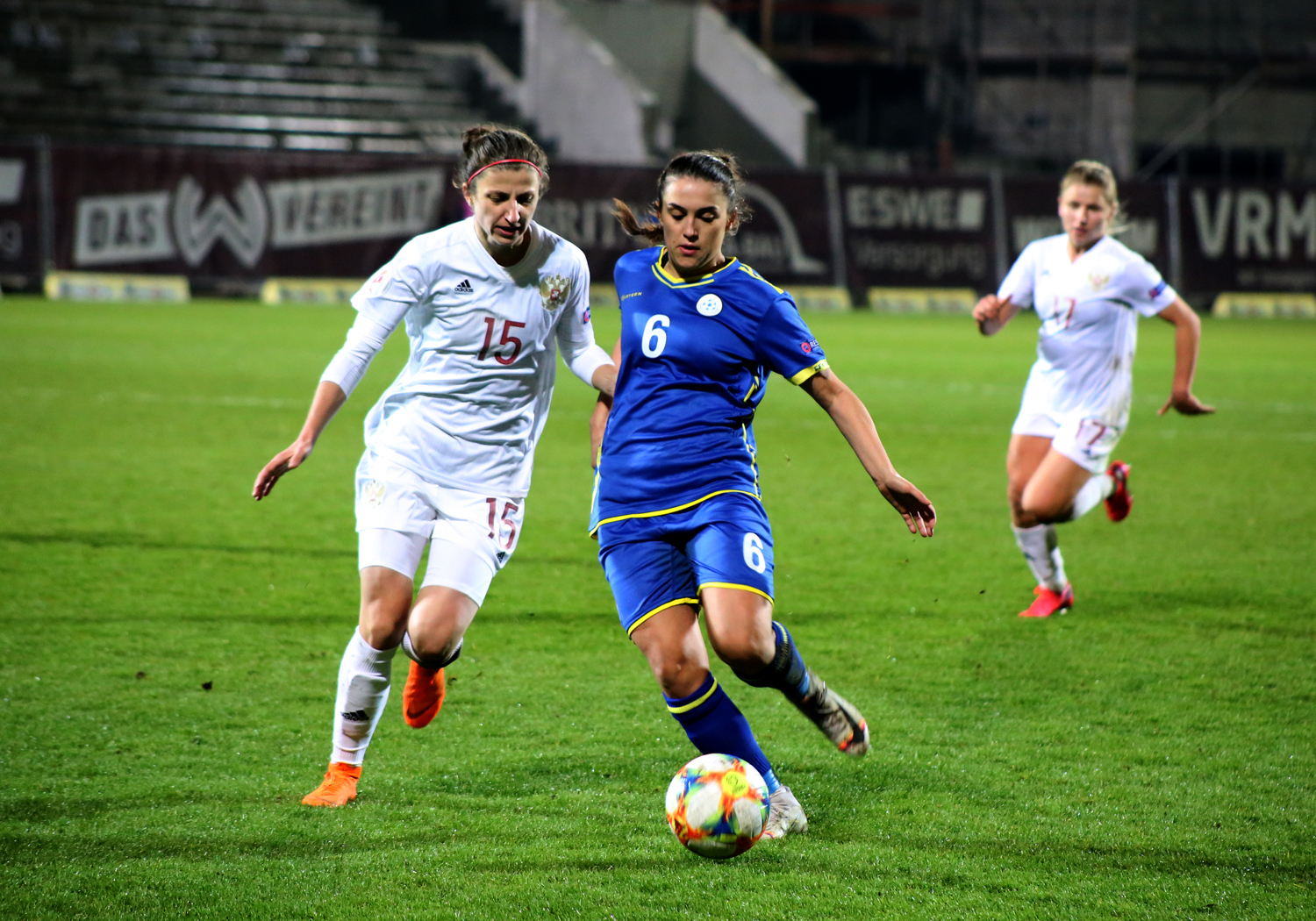 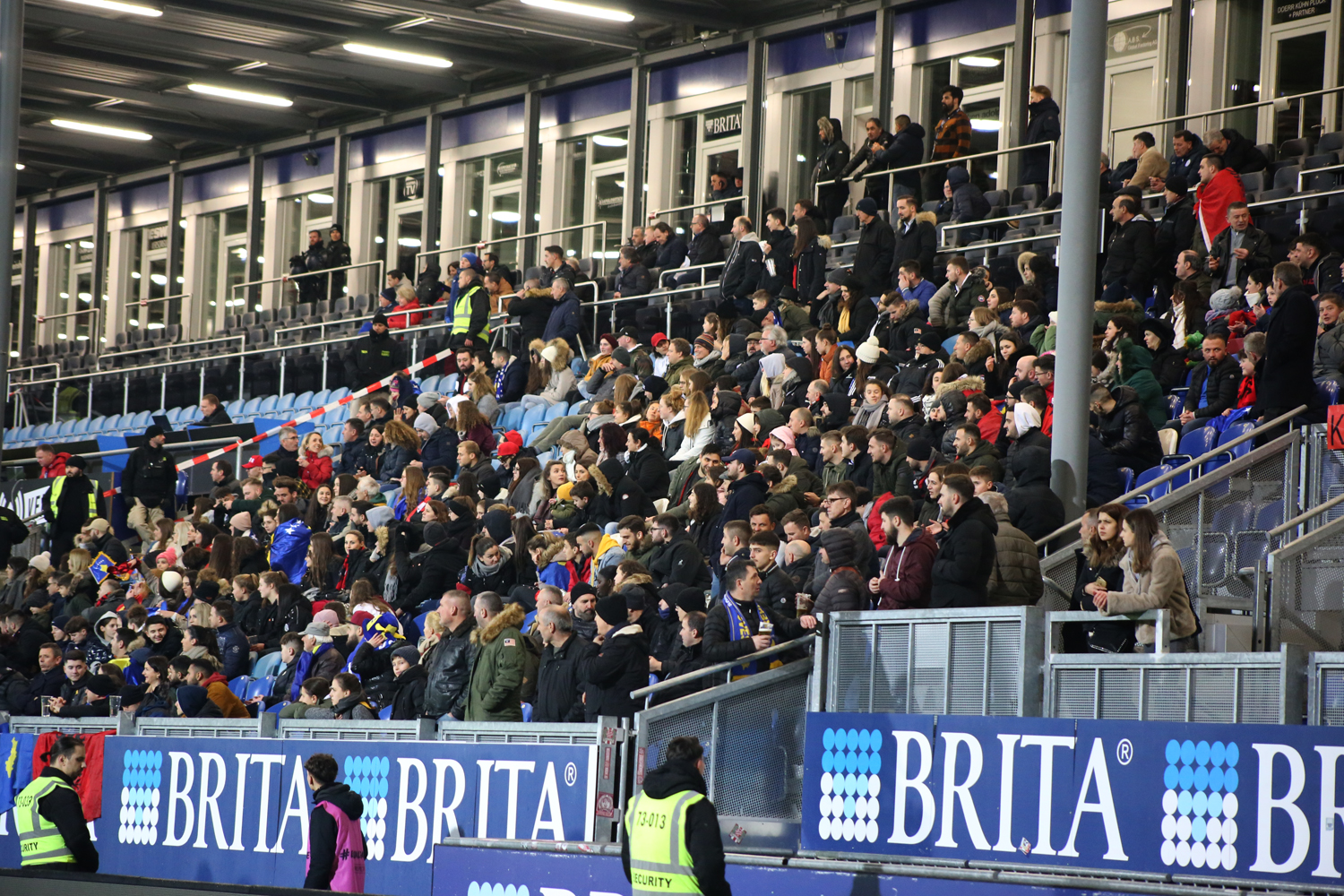 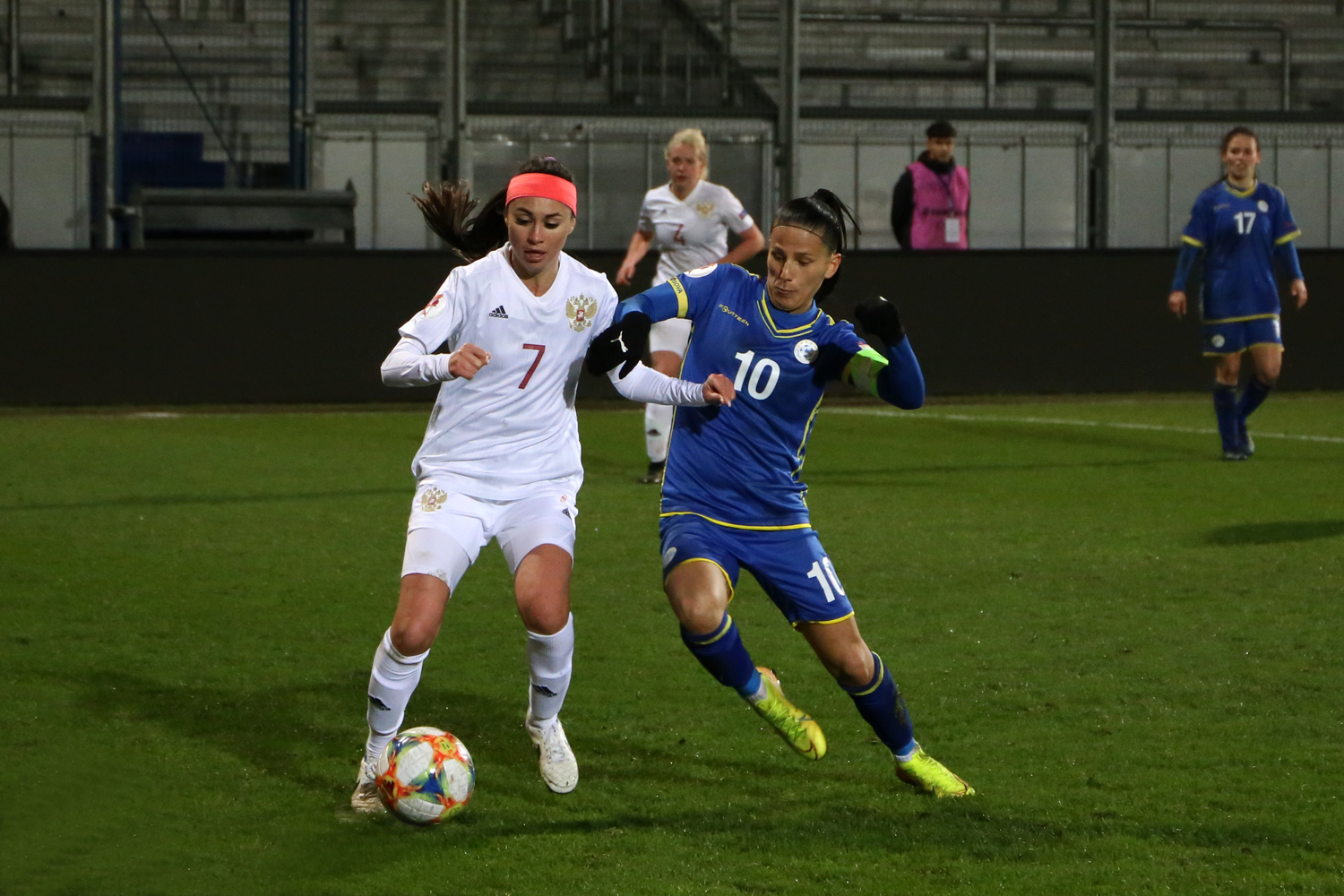 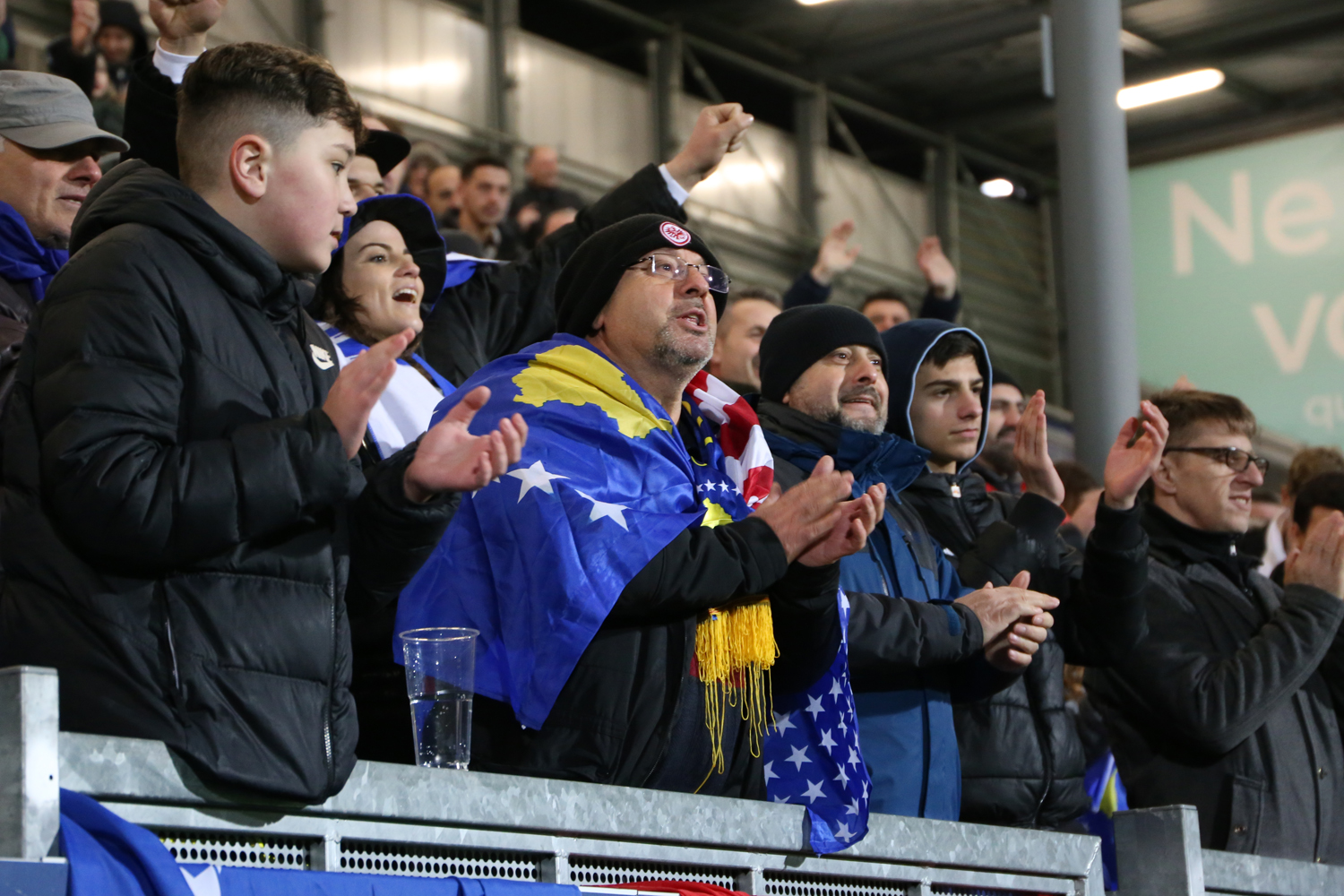 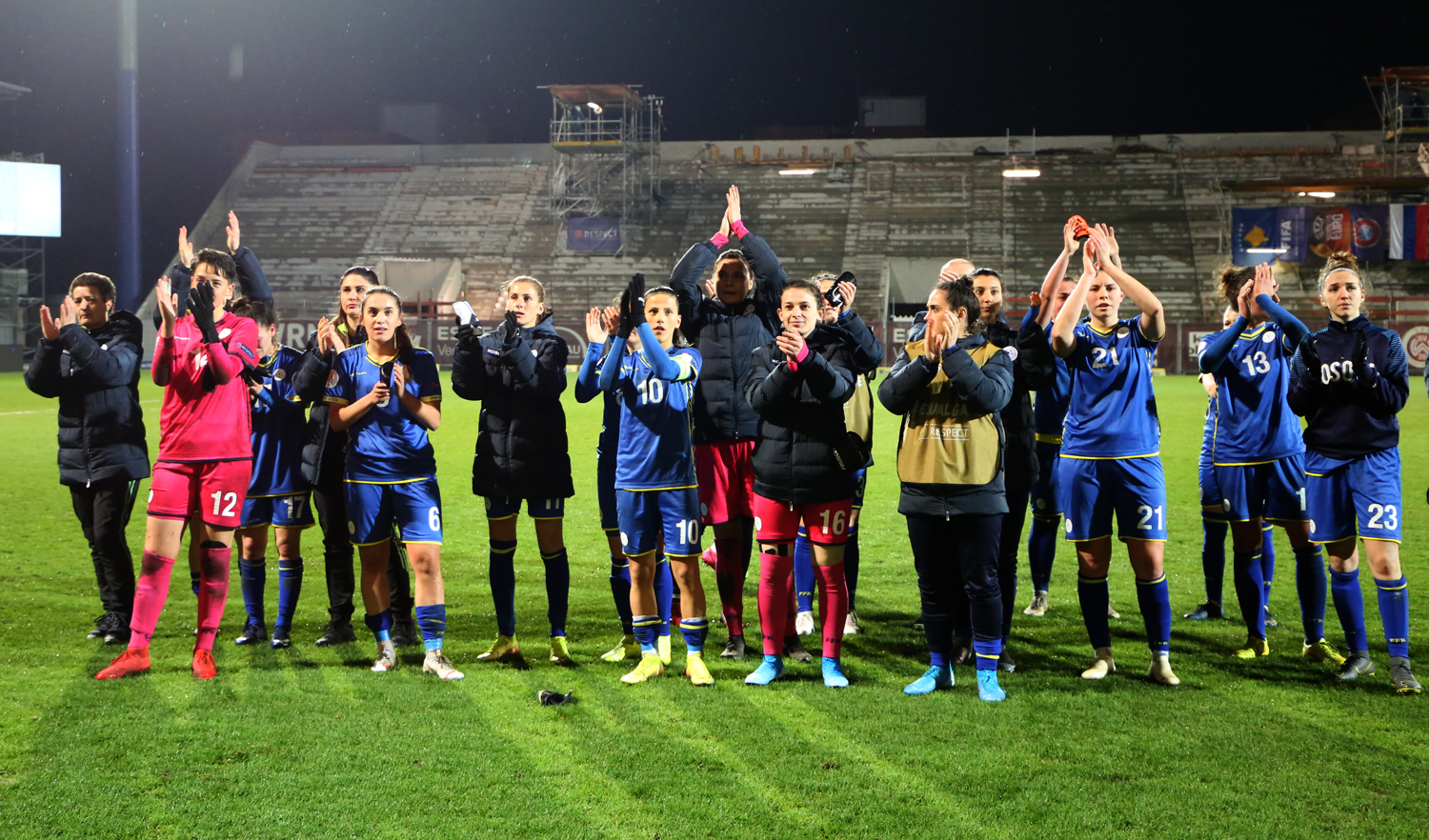 Dardans loose their next match to Slovenia