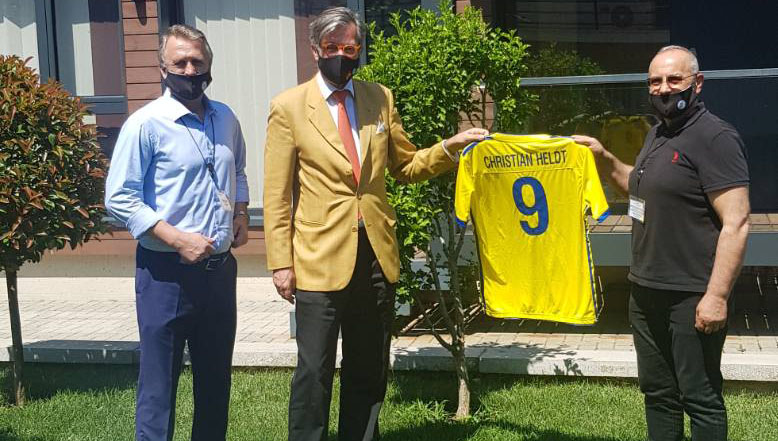 16 July 2020 – The German Ambassador to Kosovo, Christian Heldt, on the occasion of the end of his term in our country received today President Agim Ademi and the Secretary General, Eroll Salihu. He congratulated President Ademi for the good work he has done as the Head of FFK, as he stressed that the Kosovo National Team with the performance shown, has made him its fan. The German Ambassador further encouraged President Ademi and Secretary General Salihu to continue with the good work and the advancement of football in Kosovo. Meanwhile, President Ademi thanked Ambassador Heldt for his support and for his honest and cooperative attitude, as well as relations with the DFB, where Rainer Milkoreit is also the Honorary Ambassador of Kosovo and responsible for Kosovo in the DFB. President Ademi also thanked the German state and the DFB for enabling the functioning of the Albanian Football Federation in Germany and Albanian clubs there, while mentioning our community there and the many talents and their families who do everything to raise the name of Kosovo. President Ademi further emphasized that recently FFK has signed a cooperation agreement with the Albanian Business Union in Germany, while it has had a continuous support from the representatives of FFK, Ruzhdi Statovci with AFFG, Shoshi brothers and Fekmi Kongjeli. 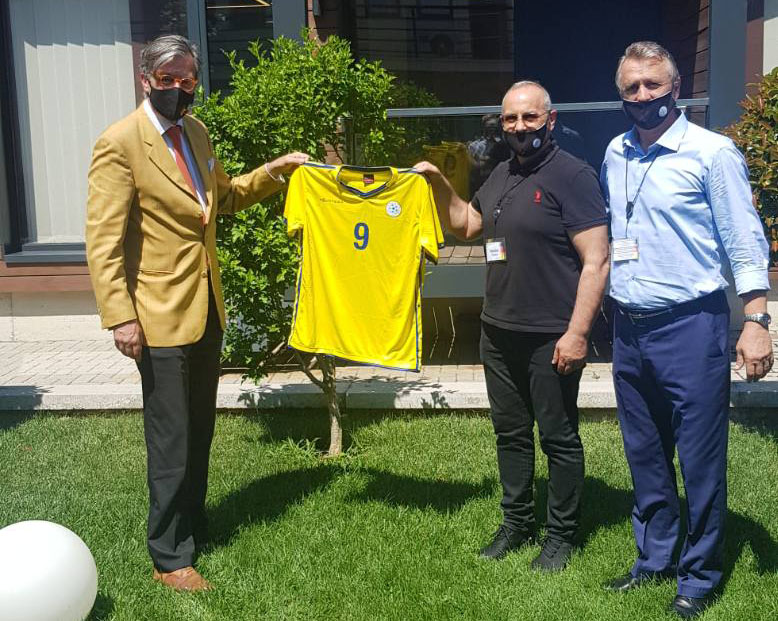 Gjilan defeats Drita and remains in the race for title, Ballkan draws with Prishtina