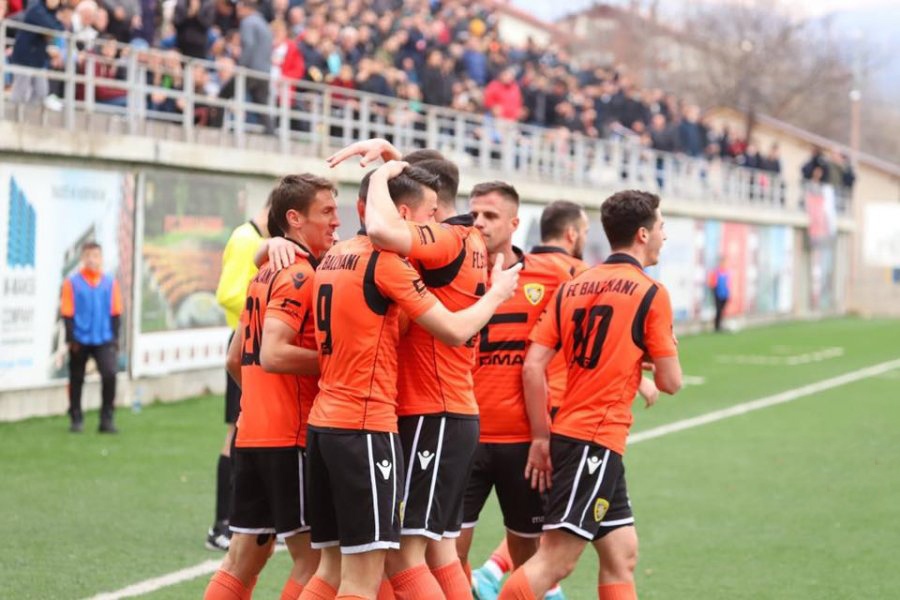 ffk, 7 months ago 1 min read 261
23 February 2020 – Three matches of Week 19 of IPKO Super League of Kosovo in football were played today. Ballkan marked its 12th win this edition thus defeating Ferizaj before its fans with 3:0. With this win, the oranges returned to first place with 40 points, three points more than the closest followers, Drita and Prishtina. Goals for Ballkan were scored by Edvin Kuq (26’), Arbër Hoxha (86’) and goalkeeper Ruxhi (90’ + penalty). An important but hard win was achieved by Trepça ’89 in duel with Dukagjini at “Riza Lushta” stadium, with 2:1. Guests took the lead first through Milicaj, in the 24th minute and the hosts in the second half through Arb Manaj’s goals scored in the 69th and 88th minutes. Meanwhile, Gjilan achieved its first win in the spring season thus defeating Flamurtari with 2:0 with the goals scored by Sebino Plaku (38’) and Tomislav Busic (68’).
Activities, Main News