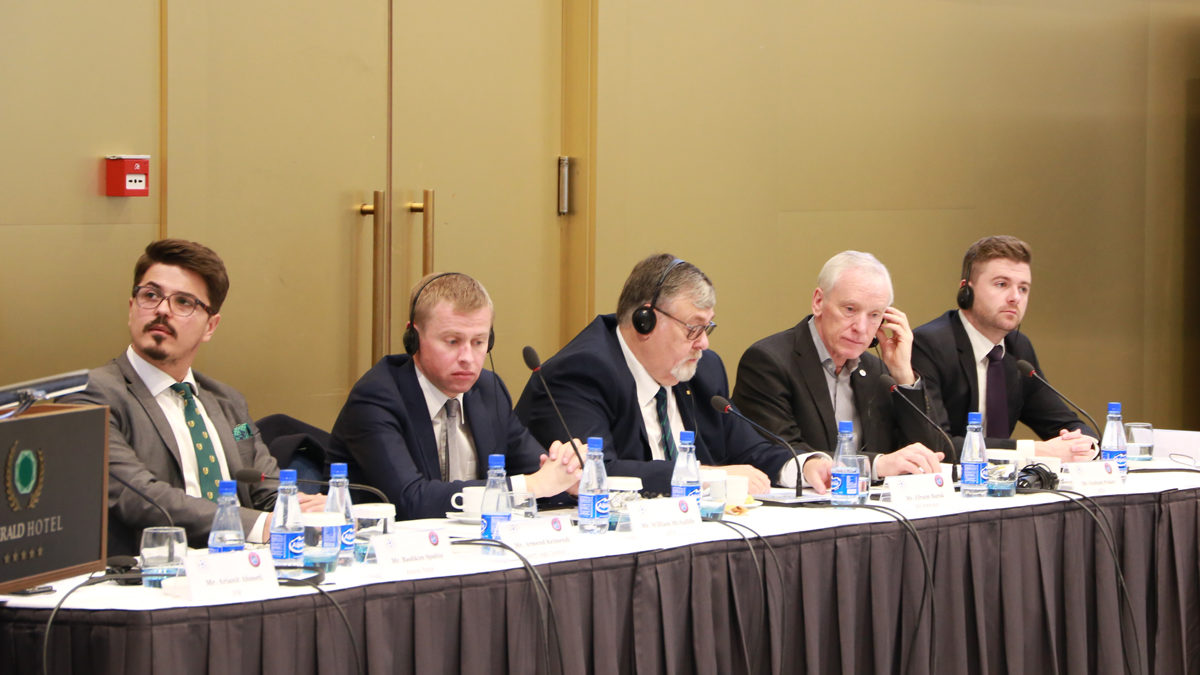 15 April 2019 – The Football Federation of Kosovo organized a one-day conference on the topic “Combating Games Fixing” in co-operation with the Sports Legal Counsel, attended by representatives of UEFA, Efraim Barak, Professor of International Law on Sports and Referee at CAS, Graham Peaker, Coordinator at the Council Against Fixing Games, and William McAullife, a lawyer for the game’s defence at the UEFA Legal Department.

Initially, the Vice-President, Agim Dibrani welcomed participants on behalf of FFK EC and President Ademi and stressed the importance of holding such activities for a new federation such as FFK.

“I welcome the representatives of UEFA who are always in our support and as a truly new-born federation we need their experiences. We will commit ourselves to eliminating all the negative phenomena as we are discussing today”, Vice-President, Agim Dibrani said.

Subsequently, the Deputy Secretary-General, Arianit Ahmeti made a presentation on the work of FFK, and the laws, on which this federation operates, then cooperation with UEFA as well as its priorities in combating negative phenomena and the FFK’s future strategy.

Meanwhile, the Kosovo Police Captain, Bajram Shabani said that the Kosovo Police as a security mechanism has been committed and gives FFK support in organization, planning and security in terms of safety and security during sporting events since the first international match that Kosovo’s National Team played in 2014.

“We are also present in the domestic matches that take place in the Republic of Kosovo, starting from the Superliga and beyond, in those games where it is estimated that security and safety are at risk or is likely something may happen. In addition, after the FFK joined UEFA and FIFA, we have participated in various workshops in UEFA and we have benefited greatly in terms of planning, maintaining and preventing various occurrences that are in conflict with the laws of the Republic of Kosovo” Shabani emphasized.

Meanwhile, the Director of this program, Efraim Barak, expressed his assurance that after this conference all participants will have much more information regarding the fixing of games and the fight against this phenomenon.

“You must know that corruption and manipulation of sports events is not a new phenomenon. There are historical reports about manipulating the results even in the antique Olympic Games. There is a study that shows that the fines that have been collected from athletes who have manipulated events, their statues outside the stadiums where the Olympic Games took place have been built. The fixing of results have been reported in England in cricket since the 19th century. There were enormous fixings in the US in the 1900s and early in the 18th century. Some say that betting was banned for this reason in the US until recently. Meanwhile, in the last 20 – 30 years football in Europe faced a growing number of fixings. This has a lot to do with direct contact, with the rapid developments of the betting market especially in the online format. Regardless such matches are fixed for sporting or financial reasons, match fixing endangers the integrity of competitions and damage the spirit of our beautiful sport called football”, Barak said.

According to him revenues in the betting market are somewhere between 300 to 500 billion euros and it is said that more than 80 percent of them are illegal.

“We understand the volume of problem, because hundreds of millions and billions are laundered through sports betting. Interpol found in 2014 that the match fixing are worth $500 billion only on the Asian market. Therefore, the Asian market is ultimately linked to football in Europe. While we understand that sports betting is legal in every country and we know betting is used for good purposes because the revenues are used to improve infrastructure, to build schools, hospitals, and so on, but after a few months even in the US betting will be legal after nearly a century of ban. Although we understand that legal betting is important, we also understand the problem that is caused by the effect that this legitimate platform is used by the hatchers. You should know that the fixing is used not only in the illegal but also in the legal market. Fixing is used in different forms, where in addition to the results, it is used in the number of goals, the number of cards, the number of corners etc. It is also said that there are also bets for the colours of the referees’ shirts. Therefore, fixing of matches is described as the greatest threat and the greatest risk to football.However, we must know that football associations are independent entities with limited authorizations and with limited disciplinary measures” Barak underlined.

Later in this conference there was a presentation of UEFA’s approach to combating the match fixing and then the legal procedures and consequences for club officials, players and referees involved in the match-hatching were explained, while in the end data collected by “Sports Radar” as well as interceptions related to match fixing was presented. 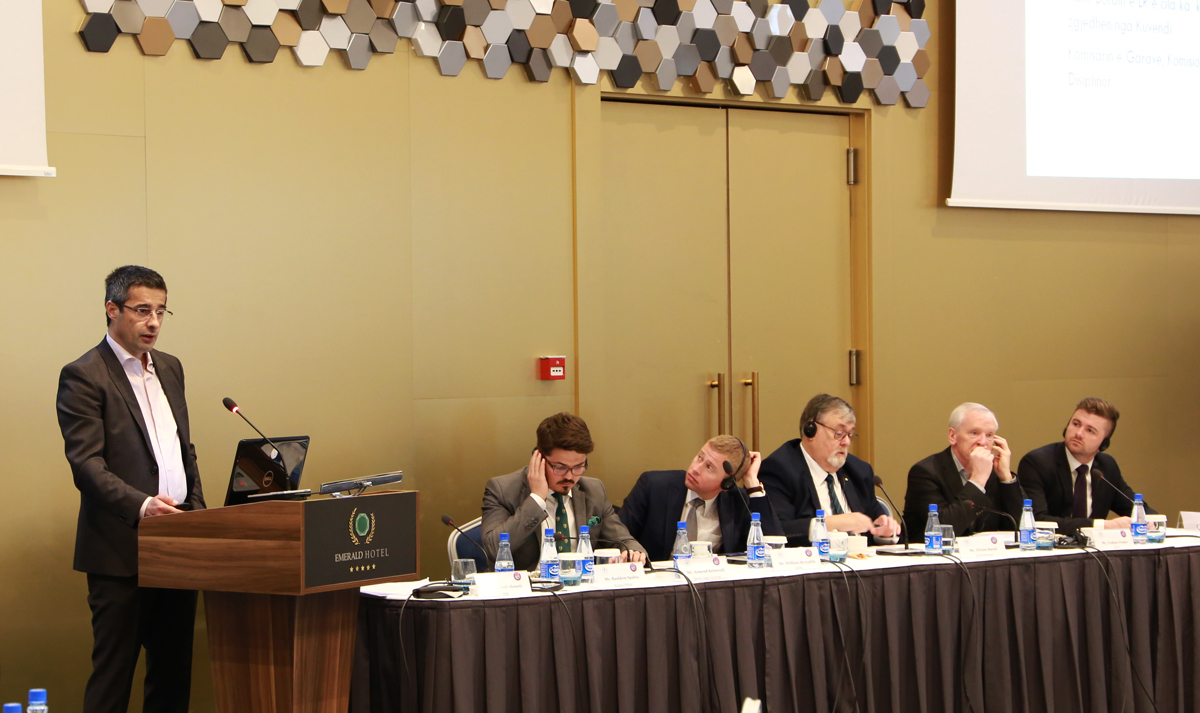 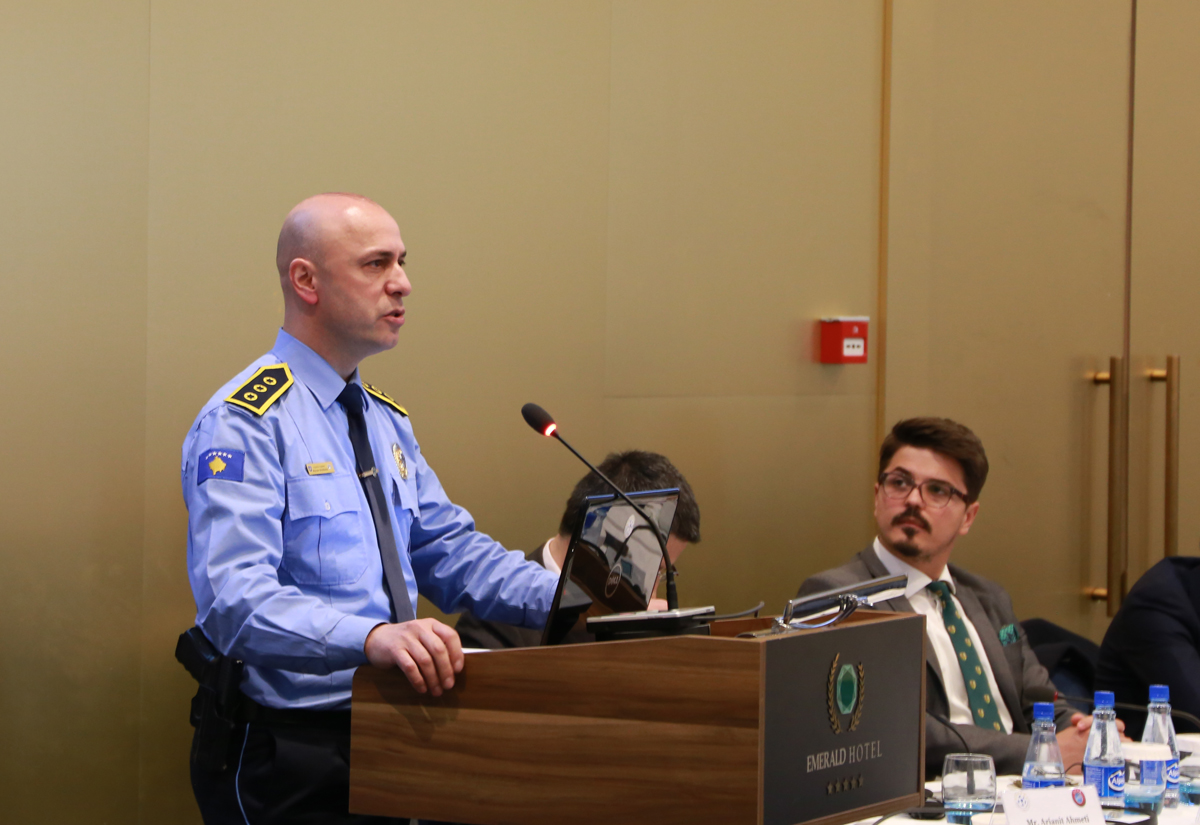 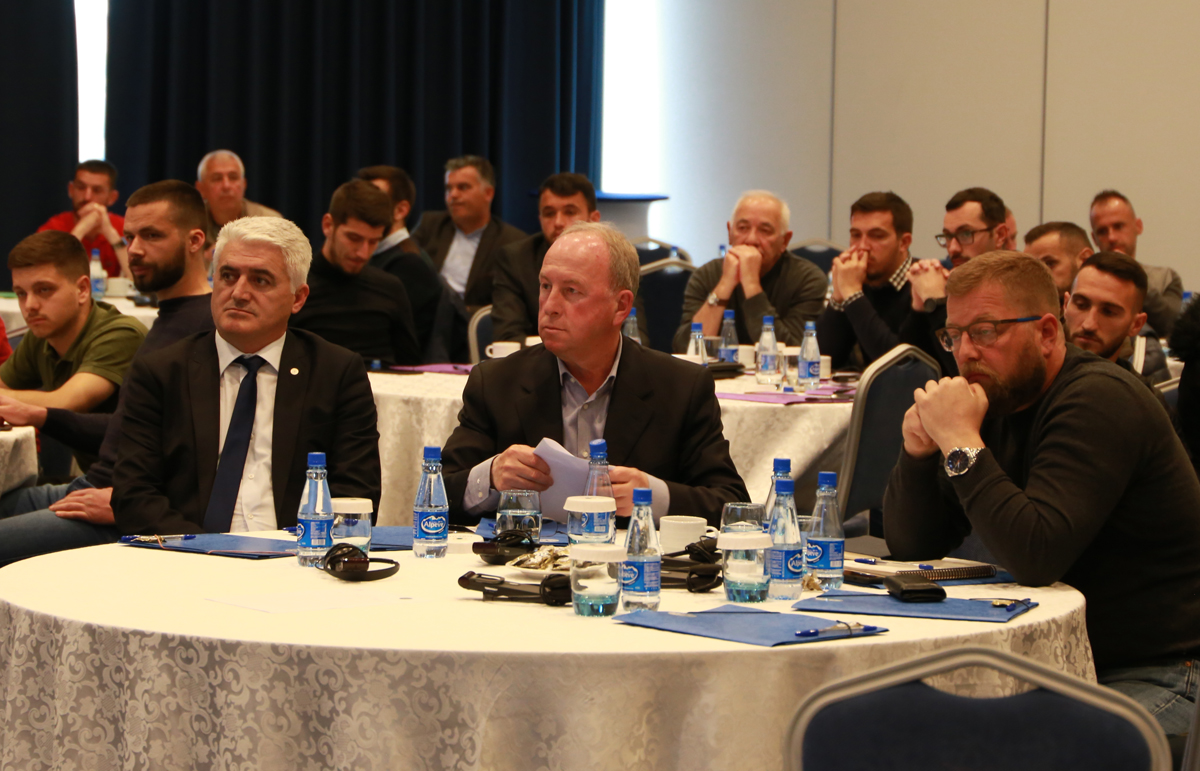 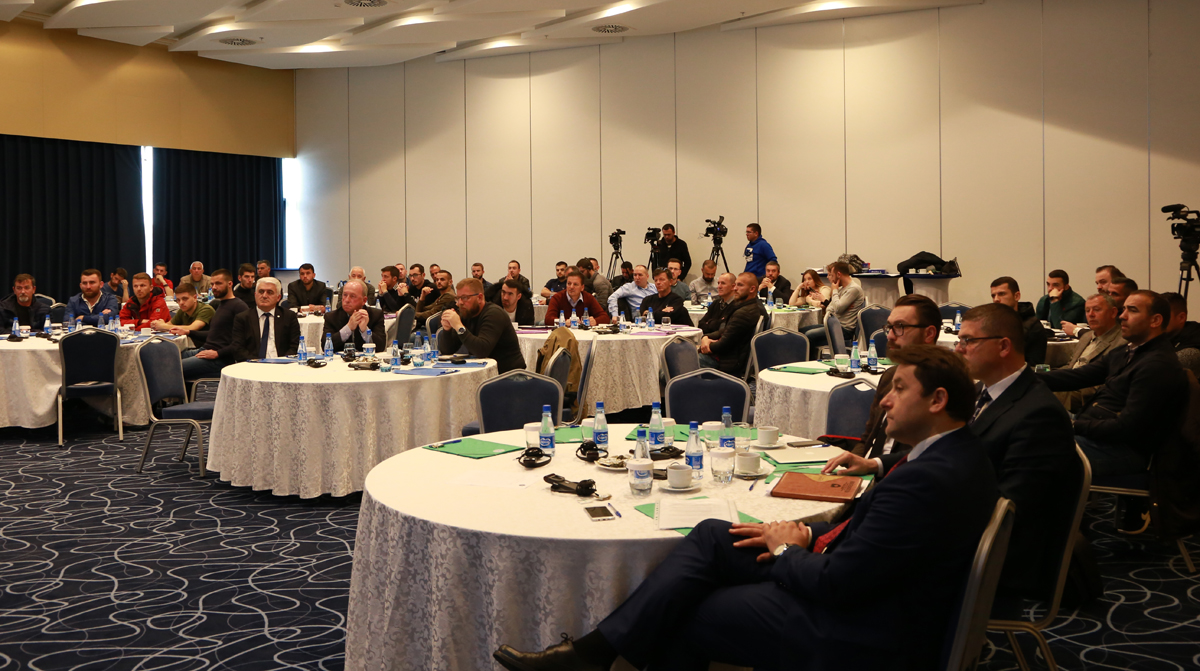 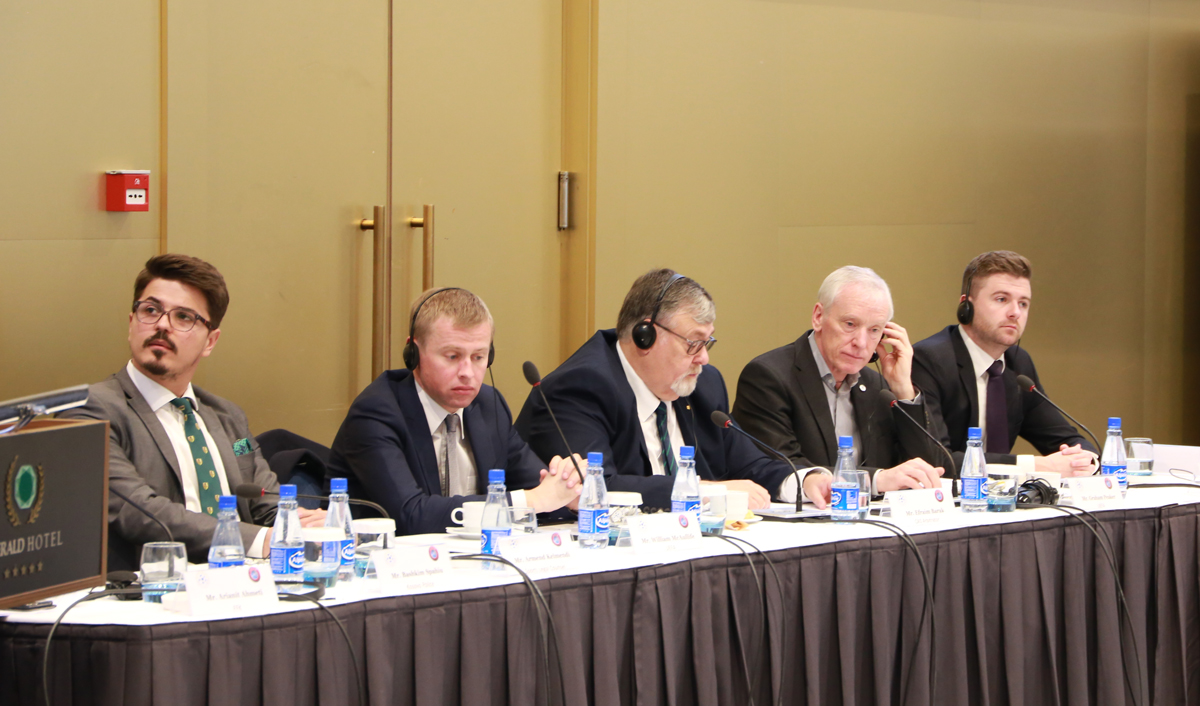 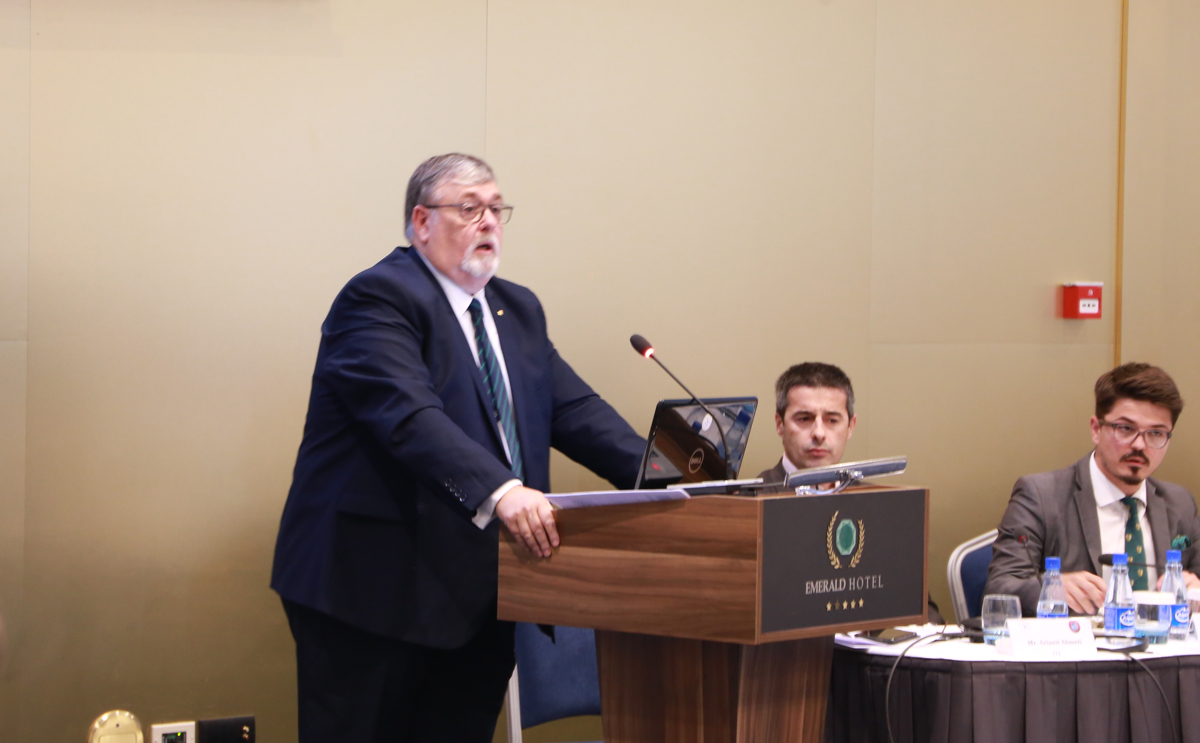 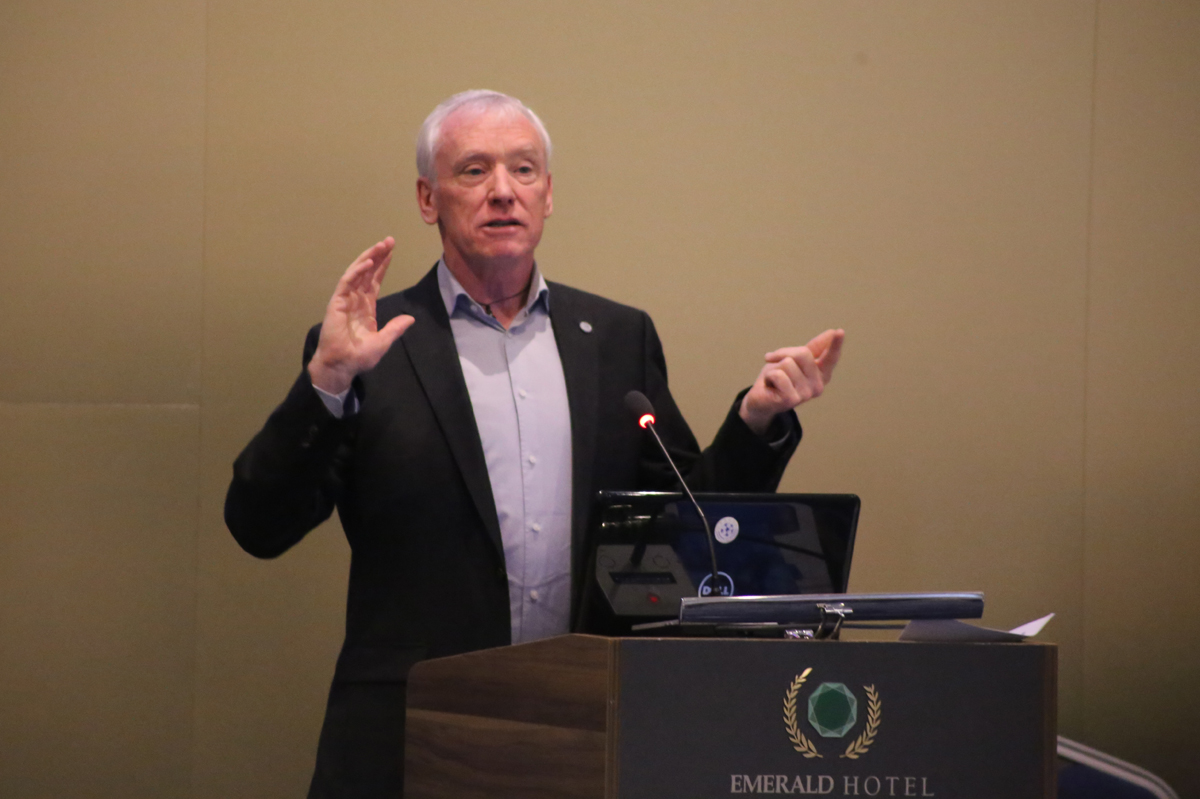 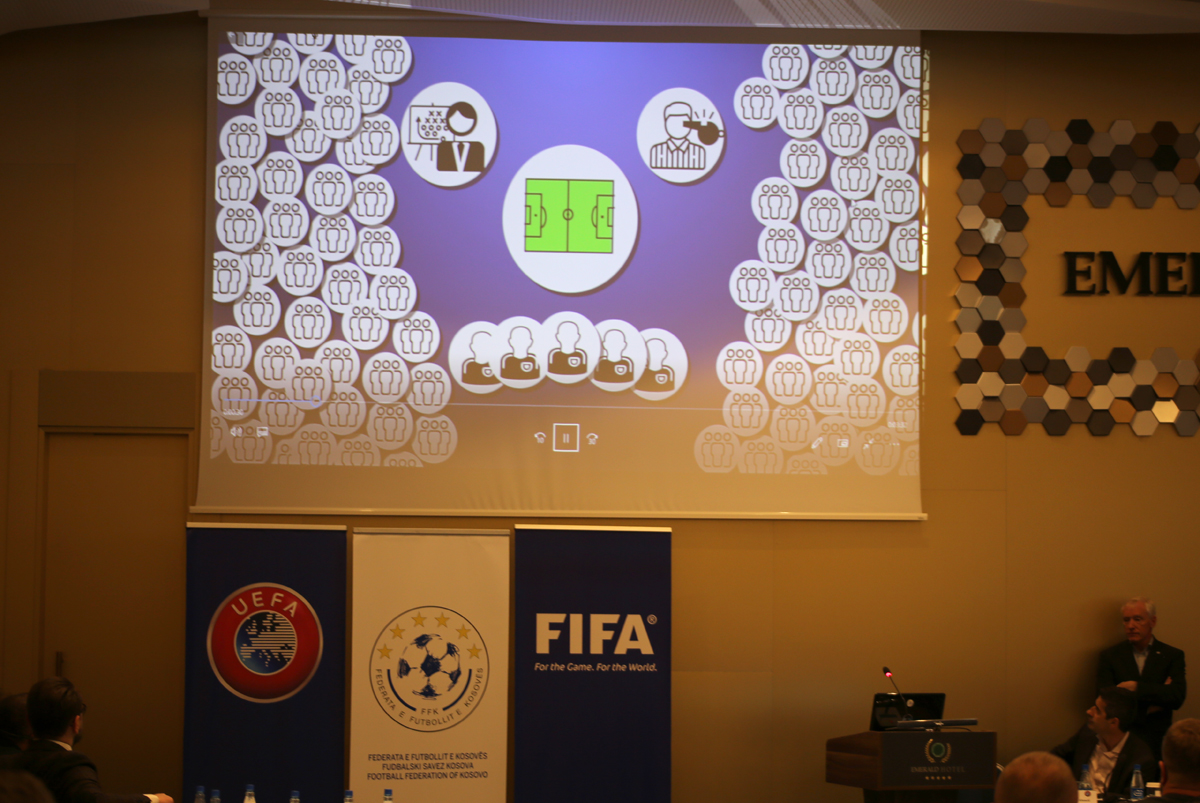 Kosovo U17 first in the tournament held in Latvia