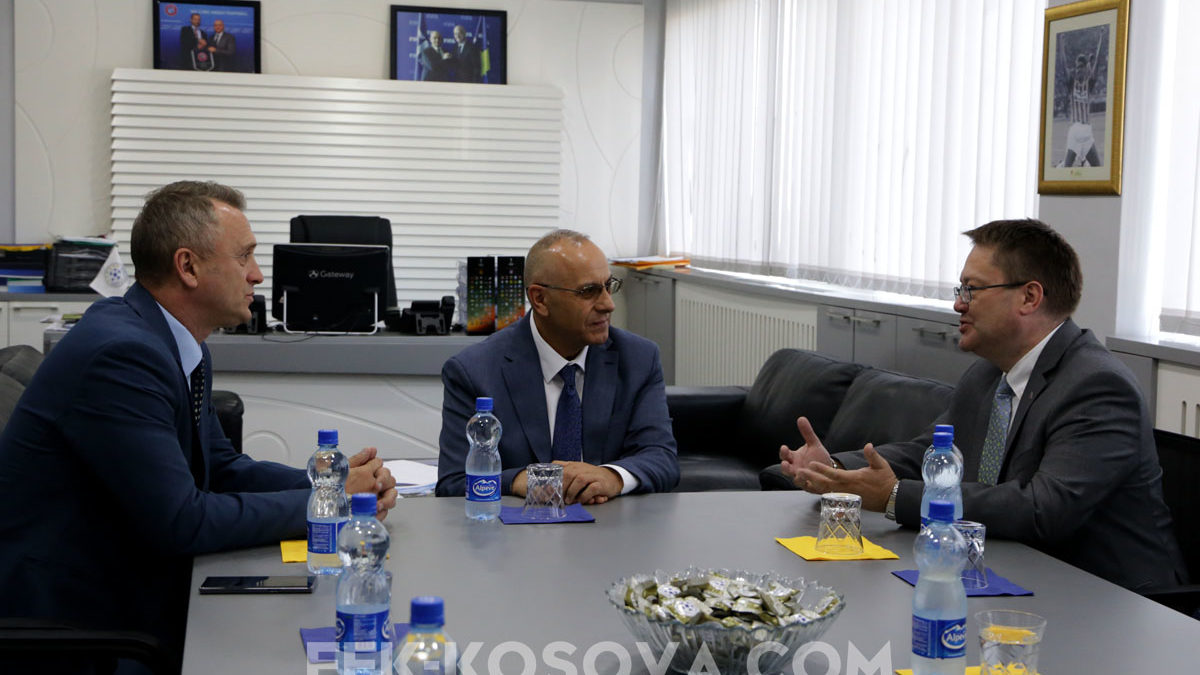 23 October 2019 – President Agim Ademi and the Secretary General, Eroll Salihu, received today at the FFK HQ the Ambassador of the United Kingdom, Nicholas Abbott with his associates. Initially, President Ademi welcomed the Ambassador Abbott in our country and briefed him on overall developments in Kosovo football, on numerous projects in improving the football infrastructure and for the fact that Kosovo is being shown as a success story in football. From his side, Ambassador Abbott praised the FFK heads for the achieved successes in Euro 2020 qualifiers wishing our National Team to achieve its objectives. Ambassador Abbott promised continuous support to FFK same as it had a close cooperation with the previous Ambassador Ruairi O’Connell. Other topic of this meeting was also the match on November between Kosovo and England to be played at “Fadil Vokrri” stadium where both side streesed the need for this match to be a real football spectacle and serve to the permanent friendship between the two countries and peoples. In the end, President Ademi shared gifts to Ambassador Abbott and his associates. 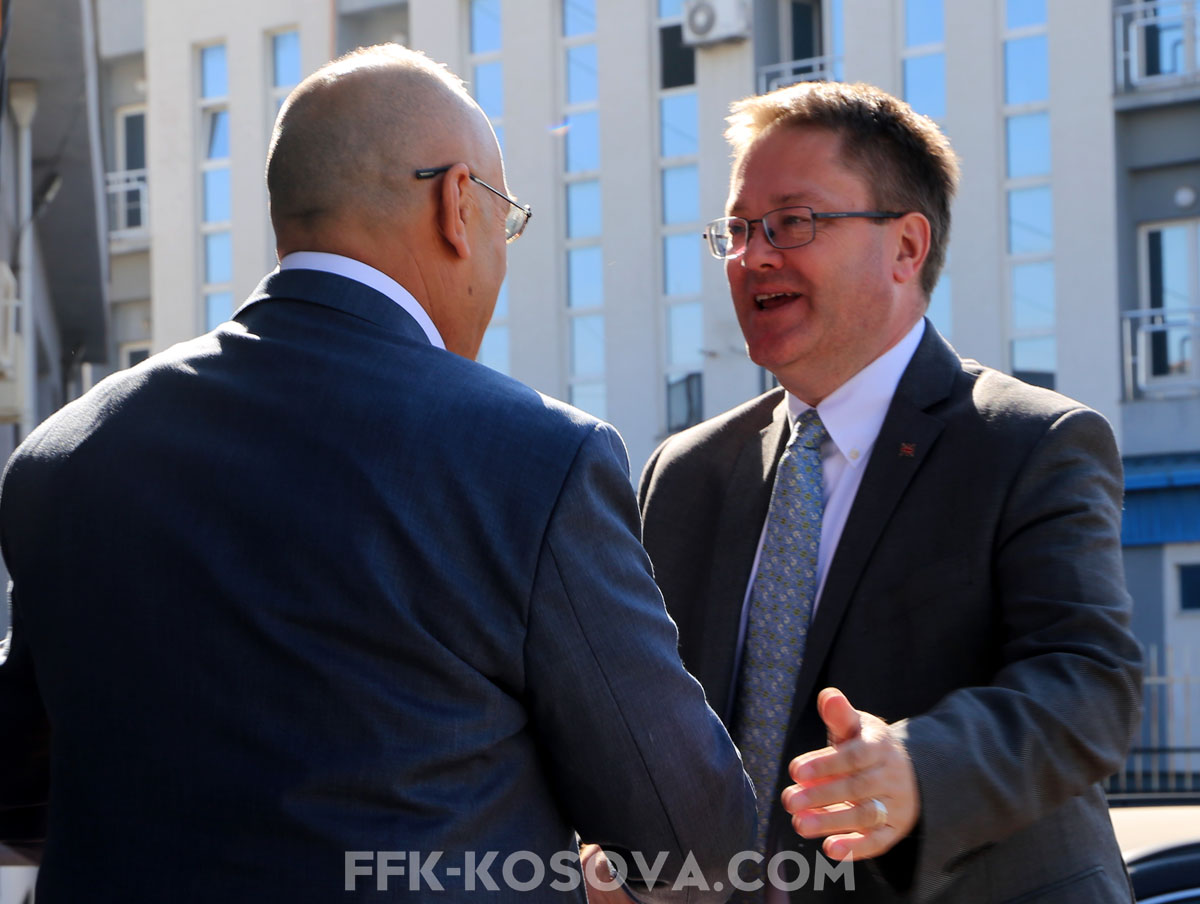 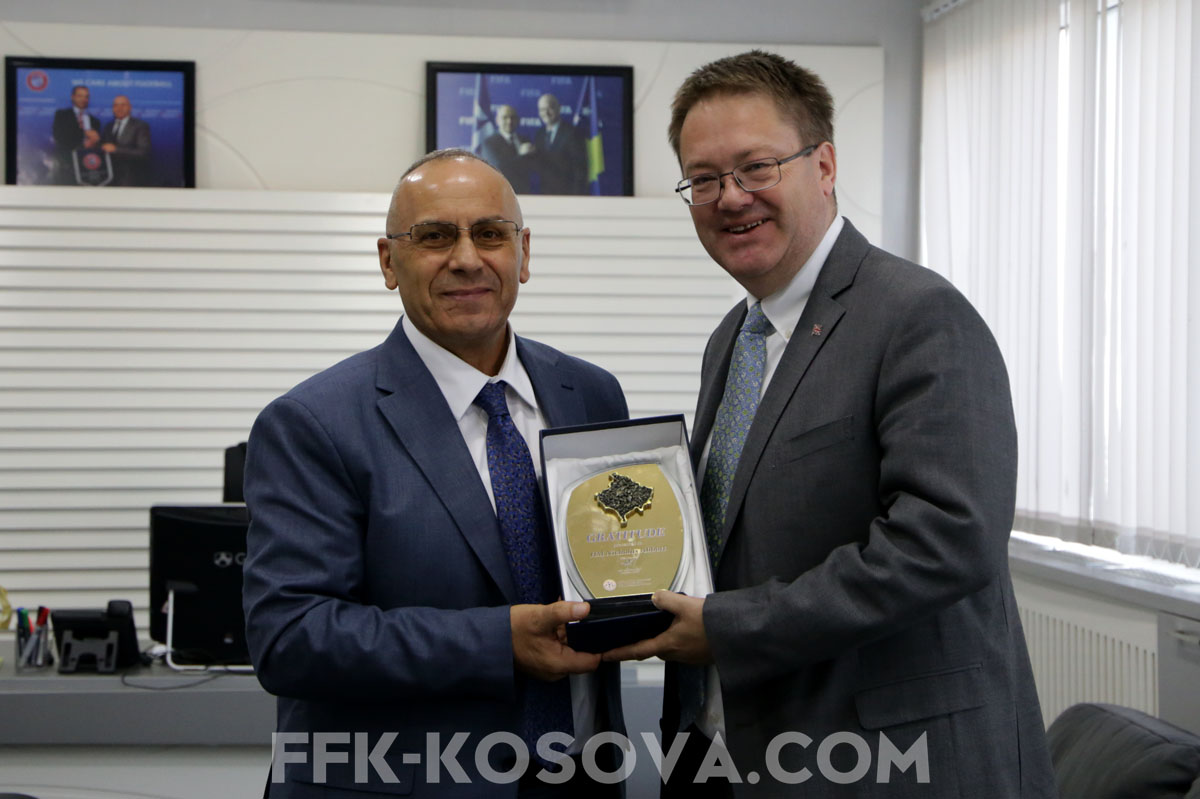 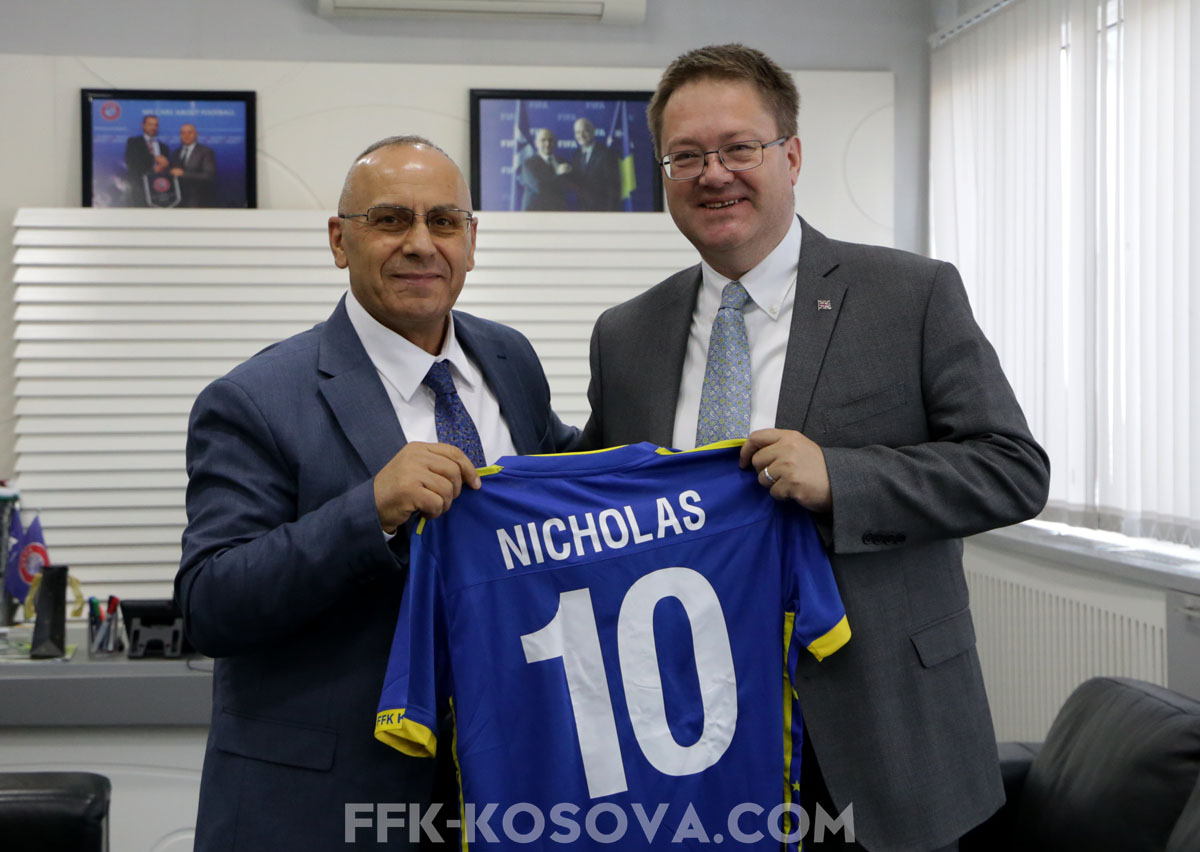