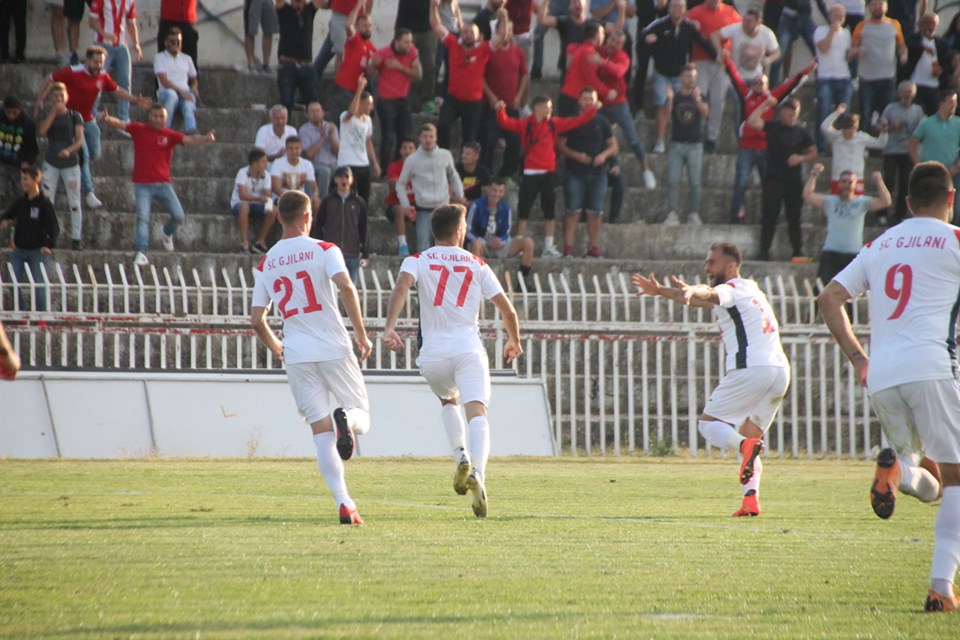 23 October 2019 – Three matches within Week 11 of IPKO Super Liga in football were played today. Gjilani won the duel with Llapi with 3:0 climbing now alone in the first place with 24 points. The score was unblocked in the 42nd minute when Tomislav Busiç took the lead for the hosts. Gjilani increased the lead to 2:0 with Bedri Greca’s goal in the 72nd minute following the assist from Erlis Frashëri whereas the final numbers of the match were decided by Gerhard Progni in the 85th minute. Win with the same score was achieved by Drenica as well in duel with Dukagjini. Goals for Skenderaj’s red-and-blacks were scored by Harmon Gbowea in the 25th and 88th minutes and Diar Mustafa in the 57th minute. Meanwhile,  Trepça’89 defeated Ferizaj with a minimum score 1:0. The three points goal for the ‘miners’ was scored by Ardian Shaljani who in an attempt to throw the ball away scored into his own team’s goal. Prishtina – Drita and Ballkan – Flamurtari will play the last matches of this week.