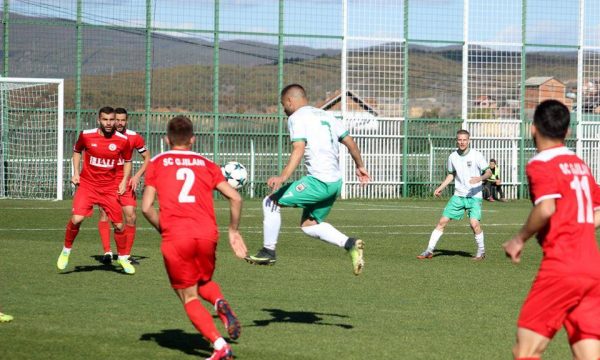 ffk, 1 year ago 1 min read 409
18 October 2019 – Three matches of Week 10 in IPKO Super Liga of Kosovo in football were played today. Gjilani managed to get an important win against the reigning champions Feronikeli at Rexhep Rexhepi Stadium with 2:1 thus jumping in the first place of the ranking. Feronikeli took the lead first in the 73rd minute with Jean Carioca’s goal. However, Gjilanis overthrew everything within three minutes when Franc Veliu scored initially in the 81st minute and then Ylber Kastrati in the 84th minute for Gjilani’s win.

A significant win was achieved by Llapi before its fans in duel with Trepça ’89 with a deep score of 4:1. Mitrovicians scored first through Muharrem Jashari but Llapjans overthrew the score with two goals scored by Labinot Osmani and one goal by Bunjamin Emini and Muhamed Hyseni each.

Meanwhile, Vushtrria won the match with Dukagjini with 1:0 with Merlaku’s goal in the 17th minute.

Cimili releases the list of players for the second qualifiers round